One of the reasons I study folklore is to use it as a pathway to worldview, belief system, paradigm. But the study of other areas of culture can illuminate paradigms as well, such as where science, food, and the body intersect.

As a body scholar, I’m interested in the topic of fatness. I want to know what makes us beautiful (or not) since that’s also a cultural construction. I want to know why the importance of beauty is weighted differently by gender, ethnicity, age, and more, thanks to my being an intersectional feminist.

Sometimes the best way to get at the roots of these cultural values is during a shift in paradigm. That’s exactly what this Aeon essay about sugar identifies: a moment when sugar and its effect on the human body is causing us to question how basic things like calories work, and why.

I was raised during the low-fat craze that the author discusses as a mistaken assignment of blame in the American obesity crisis. I remember low-fat everything hitting the shelves, and being touted as the fix to fatness. It’s not, obviously, though reducing fat intake can reduce caloric intake and might be helpful for some people on that front.

It’s a long article, but I recommend reading it if you have the time or interest. It’s humbling to realize that global events can completely kill a school of scientific inquiry, as happened with the German and Austrian scientists whose sophisticated research on the connections between metabolism and hormones was lost in World War II. It’s scary to see the role of food industries (such as Coca-Cola) in swaying scientific research agendas. And I’m fascinated by how completely contradictory scientific paradigms can exist side-by-side in medical texts.

have discussions of the regulation of fat accumulation in fat cells, in which the process is said to be driven by ‘high blood glucose elicit[ing] the release of insulin’, which favours fat storage ‘while inhibiting fatty acid mobilisation in adipose tissue’. And yet they also have sections on human obesity that state dogmatically that it is ‘the result of taking in more calories in the diet than are expended by the body’s energy-consuming activities’. Both exist side by side in the same books. Both cannot be true. The unjustifiable implication is that the mechanism determining whether or not our fat cells accumulate excessive fat are somehow different from those determining whether we become fat ourselves, despite our excess fat accumulation being merely a summation of all the excess fat stored in those cells.

This would be like if we were training doctors to accept both the germ theory and the miasma theory as simultaneously true, though they by definition cannot be. However, theories of disease transmission are now a fascinating historical footnote, of interest to nerds like me, while the debates about the role of calories, hormones, and sugar in causing obesity, diabetes, and other conditions are alive and well…while we, unfortunately, are less-alive and unwell as a result.

I’m not here to tell you what to eat. I’m not a nutritionist. But as a cultural scholar, watching this play out makes me think that we need not only more equitable distribution of system-wide resources to address food access, but also more discussion in everyday terms of what this means for individuals and communities. We need to understand that scientific paradigms are culturally (and financially) swayed, and that they can have a huge impact on our bodies even as scientists are still figuring out what makes them go.

For more on the cultural side of food, check out my #FolkloreThursday post defining foodways. 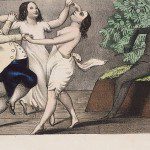 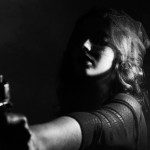 January 9, 2017 Reflections on Gun Control vs. Sexual Control
Recent Comments
0 | Leave a Comment
Browse Our Archives
get the latest from
Foxy Folklorist: Folklore, Culture, Sex
Sign up for our newsletter
POPULAR AT PATHEOS Nonreligious
1