We Don’t Get to Choose Our Traumas

We Don’t Get to Choose Our Traumas August 29, 2018 Jeana Jorgensen

As I write this, my heart is pounding, and I know it’s because of fairly minor things that happened in my life, but that doesn’t change the fact: trauma is trauma, because that’s how we’re wired.

Long-time readers will know that I’m not into biological essentialism or determinism, or, feminist goddesses forbid, evolutionary psychology. So it’s rare that I say something is hard-wired.

Well, unfortunately trauma is one of those exceptions.

Trauma is the experience and aftermath of being in a situation that you perceive as an existential threat, or when you see others in that situation (because bystander/witness trauma is totally a thing). Key elements of trauma include danger, helplessness, and loss/lack of control.

Yes, this description is vague. That’s because our brains are delightfully capable of interpreting many things as existential threats, whether they’re physical or emotional threats, ones with someone trying to assault us, or merely take away our agency in a more abstract sense.

Our brains and bodies usually respond to trauma by kicking into fight, flight, or freeze mode. If we survive, we’re left with triggers that might catapult us back to those moments, with the wiring that has occurred due to those incidents making sure we’re super attuned to threats like that in the future. It’s an adaptive trait meant to avoid future dangers, sure, but it can sure suck when your brain interprets something innocuous as a threat because it resembled Past Bad Thing.

The reason I’m giving all this background is to emphatically make the point that we don’t get to choose what traumatizes us. There are the very obvious types of attacks and assaults that tend to leave people with trauma to deal with, and since everyone deals with trauma differently, that may or may not mean a PTSD diagnosis, or any of the “typical” behaviors like being jumpy, easily triggered, and so on.

But sometimes the subtler stuff can traumatize you. And it might feel stupid to name it as such, but the reality is that your body’s survival mechanisms have identified a threat to your person, and in enacting a GTFO response, you’ve wound up with fingerprints on your psyche, a script that veers off from the mundane to the dangerous at unexpected points.

As I wrote in Afraid of False Accusations? Try Trusting Women there’s a furious backlash against the idea that women can and should name “minor” or mild abuses (such as catcalling or gaslighting) as well as the “big” ones like rape. There’s a fear that women will go mad (one might even say hysterical) with power and with the newfound ability to voice their experiences and be truly heard. I perceive this to be more misogyny, more conditioning telling us to not take women’s experiences seriously, and I think this dovetails with the difficulty in recognizing that we can’t choose our traumas. Acknowledging “smaller” or “less serious” traumas doesn’t detract from the harms done by the “bigger” or “more serious” ones. In an ideal world, we’d address all violence and all trauma, rather than saying the lesser ones have to wait in line.

Why have this discussion on a nonreligious blog? First, because we’ve got more and more scientific studies clarifying what trauma is and what it does to body, brain, and memory. And I’m all for the evidence-based studies and policies. Second, because in light of what a lot of my fellow nonreligious bloggers are talking about – from Catholic priests trying to justify child abuse to abuses parents inflict on their autistic children – trauma is clearly happening as a result of belief-based activities.

Religion can straight-up be traumatizing. So can secular life. I mean, some of the worst emotional abuse I suffered in my life was at the hands of an atheist.

But, at the end of the day, I’ll take my evidence-based recommendations to heal from trauma (therapies such as EMDR and, as Bessel van der Kolk recommends in The Body Keeps the Score: Brain, Mind, and Body in the Healing of Trauma, things like synchronous movement and community involvement). I do have an agnostic-leaning interest in mindfulness and the interconnection of all beings and nature, so, yeah, I occasionally have fluffy/woo-woo moments where I feel like tuning into my environment or writing poetry helps me manage my trauma.

We can’t choose what traumatizes us, but we can choose what heals us. I’m here for the community, for the people who understand healthy boundaries, for the art therapy. And that includes writing, so thanks all for being here for it too. 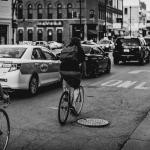