What I Believe About Sex

What I Believe About Sex October 4, 2016 Jeana Jorgensen

As an atheist (and a folklorist/sex educator), the question of the relationship between my faith and sexuality becomes both more complicated and simpler.

Okay, so technically I’m a Jewish-raised agnostic-atheist hybrid. But I’m functionally an atheist, because I don’t participate in any faith tradition.

So when I think about what I have faith in, and how that relates to sex, I have to unpack a faith that is secular in nature, not spiritual. My academic training as a folklorist and my work experience as a sex educator both inform what I believe about the world and the people in it, and in turn, what sex might mean.

I hold 3 things to be true about sex:

In the rest of this post, I’ll unpack why I have faith in these 3 statements, and how they relate to my identity as an atheist scholar/sex educator.

There is no universal, inherent meaning to sex

Ask any 5 people what sex is, and you’ll get at least 5 different answers. Are we talking penis-in-vagina? Does that mean only heterosexual people can have sex? Does orgasm need to occur? And so on.

Every culture conceives of sex differently (see what I did there?). Each individual within a culture, in turn, brings their own expectations and experiences and paradigms to the table. Apart from a handful of biological facts about sex, such as that certain kinds of acts can lead to reproduction, STI transmission, and other physical outcomes, it’s all wide open to interpretation.

Culture creates the specialness around sex…and so does religion. As a folklorist, I like to point at how every religion has its own creation myths, and many of these deal with reproduction and gender. Studying the intersections of religion and folklore can give us valuable insights into what people believe is true, and when it comes to sex? People believe some pretty messed-up things, like that a membrane determines your morality (as with the hymen). Or like when abstinence-only sex education with a religious bent basically erases consent.

Showing physical signs of arousal doesn’t mean that someone’s enjoying sex, or worse, that they’re “asking for it” when an assault happens (we call this nonconcordant arousal, and it’s normal). Not experiencing arousal at all, or in limited cases, as with asexual and demisexual folks, is normal too.

In short, wanting (or not wanting) certain kinds of sex doesn’t necessarily mean anything about your morality or ethics; casual sex doesn’t make you a bad person. We get to decide what sex means to us, and regardless of our faith orientation, we should seize this power.

There are not essential, hard-wired differences between men and women

Chuck the “Men are from Mars, women are from Venus” BS. It’s false, as well as offensive.

We’ll get to why it’s false, but why is it offensive? Well, for starters, binary gender is a fiction despite its prevalence in many religious and cultural traditions. The assumption that gender is a binary erases the experiences of people whose gender is non-binary in nature, whether they’re born intersex or are transgender or have a non-binary gender expression or identity in any fashion. Cross-cultural examples abound, which I cover in my talk There’s Not Only Two.

As far as the truth value, yes, most bodies conform to one of two templates (but click the links above to see why the “only two templates” model is problematic). But even then, all bodies start from the same fetal stuff. To borrow a line from sex educator/researcher Emily Nagoski, we’re all made from the same parts, assembled differently: the penis and vulva both evolve from the same fetal tissue, for instance. All bodies contain a similar amount of erectile tissue, it’s just internal in roughly half the cases. And so on.

When it comes to the subjective aspects of sex, the message that we’re all basically made from the same parts holds true: all humans experience sexual arousal in similar ways. So forget the “women are slow cookers, men are microwaves” message. Most people exist somewhere on a spectrum between spontaneous and responsive arousal, and both are normal and healthy.

Your gender doesn’t predict what your sex life will be like, what (or who) you’ll enjoy, or anything like that (though the gender conditioning you receive can contribute to the contexts in which you’re receptive to arousal). And we know this because…

The scientific study of sexuality is still a young field, and there’s a lot for us still to explore. However, if you broaden “science” to include the scientific method and the general application of an empirical perspective to the world, you can learn a lot about sexuality.

I’m not trying to put science on a pedestal and claim that everything labeled “Science” is automatically true or correct. Indeed, plenty of BS gets passed off as scientific, and researchers are never completely objective.

But the point of utilizing the scientific method, and viewing the world through a more empirical lens in general, is that we’re always striving to figure out if our findings can be replicated or not. We’re reaching for knowledge that can be generalized, and trying to understand when patterns are context-bound or not, whether we’re studying blood flow during arousal or marriage in different cultures. Or, in the case of studies on the sex addiction model, we’re looking for whether it can be falsified.

And yes, my two statements above are backed up both by scientific studies published in peer-reviewed journals and books, and by the kinds of cultural studies (like ethnographic work) that are “soft” sciences, but still striving for empirical truth.

You know what else scientific findings support thus far?

So when we’re researching sexuality, gender, and the body more generally, we need to keep in mind that there are ways to study these topics that hew closer to an empirical, science-minded approach. Pure objectivity might be a false dream, but we can trust in well-designed studies with representative sampling and replicability to guide us closer to sex knowledge that is worth having faith in.

What I Believe About Sex

To tie all these threads together, and to conclude with a rumination on what role sex plays in my spiritual life, I’ll briefly mention that approaching sex from a secular perspective in no way makes it less awesome. Sexuality is still full of mystery, and every time we learn new things about it, it just gets more exciting, in my view.

The fact that I can better understand my body, my gender identity and expression, and my desires using an empirical lens is amazing. I don’t have to waste time on bigoted or stereotypical half-truths and shame. I’m free to seek out like-minded people, many of whom, unsurprisingly, turn out to either be atheists, agnostics, or people of faith who are social-justice-minded.

Unfortunately, being an atheist alone is no guarantee of having a gender-egalitarian or sex-positive attitude. My feminism and atheism are compatible, but there are atheists out there with real problems with misogyny, homophobia, transphobia, and so on.

At the end of the day, sex encompasses experiences that range from romantic to traumatic, mundane to numinous, and serious to silly. Sex can be playful, a way for people to connect, a way for an individual to do self-care, and so so much more. Sex is as diverse and fascinating as all of humanity, and that is a cause for faith and celebration alike in my book. 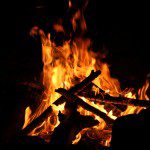 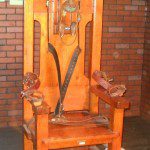 October 5, 2016 Making Abortions Illegal Is the Same as Making Them Punishable by Death
Recent Comments
0 | Leave a Comment
"just saw this. Congrats."
Robert Baden Looks Like I’m Back on Campus ..."
"Taylor Swift used to be a folksinger though right? Or country and western or something ..."
guerillasurgeon #FolkloreThursday: Taylor Swift’s Folklore
"Thank you! I don't think academic contracts tend to have that kind of potential to ..."
Jeana Jorgensen Looks Like I’m Back on Campus ..."
"Thank you for these links! I have been trying to keep up on international news, ..."
Jeana Jorgensen Looks Like I’m Back on Campus ..."
Browse Our Archives
get the latest from
Foxy Folklorist: Folklore, Culture, Sex
Sign up for our newsletter
POPULAR AT PATHEOS Nonreligious
1