“Deserve” is a tricky concept, but thinking about it in terms of universal human rights can help.

This blog post – What do we deserve? – by Erin Bailey, a fitness enthusiast, really struck a chord with me. In it, she relates numerous harassment experiences she’s had while working out: at the park, at the gym, on the street.

People – mostly men – have yelled lewd things at her, told her she’d look better naked than clothed, all kinds of stupid crap like that. All the sorts of things that you’d never want directed at a friend or family member, but it’s apparently okay to tell a total stranger.

Erin reflects on the question of what women deserve, based on her experiences and those of others:

We deserve not to feel silenced by your yells.

We deserve to feel empowered for bettering ourselves.

We deserve to feel sexy in our own skin without feeling like we’re here to bait you.

We deserve to speak out without the threat of you lingering on our minds.

We deserve to run outside.

We deserve to be judged on our merits, not our outfits.

So much yes to this. I’ve always been a fan of situating women’s rights in a human rights framework. If we think that we’re ideally creating a society where humans in general can be outdoors, in public, going to work, and enjoying recreational activities without harassment, why aren’t we creating a society where this applies to women as well as men? Especially given that we fat-shame people for not getting enough exercise, why on earth would we pile on the harassment when people are actually out exercising?

It happens because it’s an attempt to exert control over women’s bodies. Because we have this idea circulating culturally that women can do things that make them deserve harassment. Because respecting boundaries is seen as a problem for women to enforce, not for men to fix. Because thanks to rape culture we conflate feelings of emotional guilt with causal guilt.

See also: Why Speak Out About “Mild” Harassment

Let’s remember that women wear “revealing” clothing for all kinds of reasons. We need to do a better job socializing people to understand that what a woman says or does is not necessarily about you, unless it’s directed at you. And a woman being in your line of vision does NOT make her bodily presentation directed at you, or about you.

We can do better. We deserve better. And talking about it is one of the first steps to making that happen. 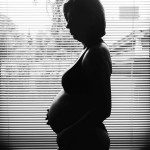 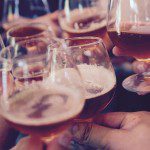 August 21, 2016 What If We Treated Our Sex Partners Like Our Introverted Friends?
Recent Comments
0 | Leave a Comment
Browse Our Archives
get the latest from
Foxy Folklorist: Folklore, Culture, Sex
Sign up for our newsletter
POPULAR AT PATHEOS Nonreligious
1