Where Stereotypes about Bisexuality and Human Rights Clash

Misinformation about bisexuality could cost this man his life because he’s an asylum seeker. This is ethically wrong…and completely avoidable.

A Jamaican man seeking asylum in the U.S. due to hate crimes perpetuated against him at home just had that request denied, because he’s married to a woman.

We’re not just talking about name-calling or the kinds of microaggressions bi folks often face that render them feeling invisible. As summarized in this report:

he has had his face sliced with a knife, has been robbed at gunpoint while being called homophobic slurs, has been shot twice in the back and buttock, and has been disowned by his family.

This seems like pretty clear evidence that this man is unsafe in his home country due to perceptions of his sexual orientation. And here’s the thing: a person’s sexual orientation is an internal state, regardless of whether or not they act on it. We don’t tell heterosexual people who are virgins that they’re not really heterosexual. Plenty of LGB people who’ve been closeted have married someone of the other sex, for a variety of reasons ranging from them not being aware of their orientation yet or being afraid to be open about it, to getting married for reasons other than romance or sex (since marriage carries enough legal weight in the U.S. that sometimes that’s a thing that people of all orientations do).

And I’m especially annoyed, as an educator, because if we had more comprehensive sex ed in the U.S., and more gender studies woven into other academic topics, it’d be like, duh, of course someone can be bi and not be currently shacked up with a partner who validates that orientation. I mean, unless they’re ethically non-monogamous and they’ve got partners of both/all genders – then it’d be a pretty clear clue.

I’ve written about bi invisibility before, noting: “Because sexual orientation/attraction is different from gender identity and expression, though sometimes they’re interrelated, you cannot know if someone’s bisexual simply by looking at them.” Approximately 1.8% of the American population is estimated to be bisexual, and if you can’t know it by looking at them, and you can’t necessarily know it by any other external factor in their lives… we might just have to believe people when we say they’re bisexual. Shocking, I know. But sadly not surprising, given the GOP’s stance on things like conversion therapy, which could potentially target us bisexual folks too.

So, not only is it insulting – and in the case of the Jamaican man, potentially deadly – for someone to assess your sexuality based on external cues, it’s also plain wrong. Let’s do better with sex ed and gender/sexuality studies in the U.S. so that bisexual folks won’t be relegated to being invisible or mis-categorized any longer. 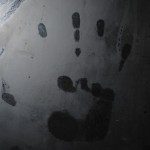 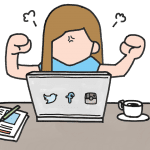 August 29, 2016 Okay Seriously Why Does Everyone Hate Slideshow Posts?! (and what should we do instead?)
Recent Comments
0 | Leave a Comment
Browse Our Archives
get the latest from
Foxy Folklorist: Folklore, Culture, Sex
Sign up for our newsletter
POPULAR AT PATHEOS Nonreligious
1

Too fat to fit? UK church's plan for...
THE aisle at St Andrew's Church in Okeford Fitzpaine, Dorset, doesn't appear...
view all Nonreligious blogs
What Are Your Thoughts?leave a comment
Copyright 2008-2020, Patheos. All rights reserved.