White People Have Culture Too

Before you get angry, or indignant, or self-righteous, bear with me. This blog post is probably not going where you think it is going.

I am working on a project that I’ll excitedly announce soon. It is a continuing education course, for professionals working in an area that I care very strongly about, and it is about culture.

One of the biggest misunderstandings about culture in America today revolves around who has it and who doesn’t. Many people (especially white people) talk about “culture” as though other people (a.k.a. people of color) have culture, and we urban educated people have the civilized, mainstream, normal version of culture.

Cultural competency is often a gloss for “understanding cultures that are not mainstream, white, Euro-American cultures.” One example is this infographic designed to help therapists work with people from other cultures. Overall I like the infographic, and I think it makes a number of valuable recommendations. But the questions it directs therapists to ask of their clients from “other” (a.k.a. non-white) cultures should also be asked of clients from mainstream/white cultures.

Because here’s the thing: everybody has culture. Culture is the vast and changing knowledge of what’s normal and desirable in a given social setting, ranging from etiquette and what makes a good story to folk medicine and what makes a family.

So when I say that white people have culture too, I’m reminding people – especially people working in professions that have them teaching, diagnosing, and helping others – that it’s bullshit to assume that the dominant or mainstream culture of the U.S., which is a white-affirming if not a white-supremacist culture, is the correct or only culture, and everything else is derivative and different and weird.

Where I’m NOT going with this is affirming that we should validate and celebrate “white” cultures. Because that’s a path to white supremacist movements, let me tell you.

Among other reasons, we (in the U.S.) already do celebrate and validate white cultures. If you don’t think we do, it’s probably because these practices are so enshrined as to be invisible. These practices are supported by not only individual preference and small-scale tradition, but also by whole economic and social institutions. In other words, they’ve become hegemonic: dominant to the point where there’s practically no questioning them.

Look at who’s on television and advertisements and magazine covers. Look at the boxes of children’s toys. Look at how holidays are depicted in pop culture (and whose holidays they are). Look at a public school history textbook for whose histories and stories get the most air time. Look at who’s represented most in medical/drug trials.

Culture is not monolithic and doesn’t necessarily track one-to-one with skin color. This is why I’ve been careful not to say “white culture” as though it’s a single thing (for example, white people in Southern states in the U.S. may have very different cultures, based on whether their ancestors are Jewish or Scottish or French Canadian), instead saying “white cultures” for the most part. But I do think that the U.S. has, over the past few centuries, grown a mainstream culture that infuses both elite, high-art levels of culture and pop/mass media levels of culture rooted in European understandings of the world rather than non-Western ones. I believe that this is why ballet is so much the norm for dance culture, why Christianity guides the annual calendar so strongly, and so on.

Ijeoma Oluo writes, in her fantastic book So You Want to Talk About Race, about the normalization of white hair and the marginalization (and to a degree exoticization and fetishization) of black hair:

If you are white, there’s a good chance that I know almost as much about your hair as you do. I know how to wash and condition it, I know all the different styles you can use. I know about mousse and hairspray and fishtail braids and that sea salt spray you can use to create that “tousled” look. I know all about the brushes and combs and the teasing and blowouts. Because your hair is everywhere. In every movie and television show. There are detailed how-to’s in every fashion magazine. The hair of a famous white woman can become a style sensation. I remember “The Rachel.” Because  your hair is “good” hair. Your hair is the hair represented in the haircare aisles at stores. Your hair is the shining example of health in the shampoo commercials. (157)

So when I talk about white cultures already being normalized, I’m including daily examples like hairstyles as a form of body art as well as larger institutional forms of validation. And here I’m also including overlapping dominant identities, ones that are validated hand-in-hand with Euro-American values such as being heterosexual, cisgender, Christian, middle-class, able-bodied, often times a man or masculine person, and so on.

Further, I’m not going to suggest that white cultures need more affirmation because that’s often a dog whistle or code word for “white cultures need more affirmation…because we’re sooooo besieged by those awful immigrants/people of color/Muslims/whatever.” This is basically what my arch-nemesis the “Volkisch Folklorist” does, as I pointed out in my blog post being like ew why is this white supremacist lady citing me and mine.

At the end of the day, everybody has culture. And cultures are not monolithic things, and they’re not gigantic monsters in a ring battling for dominion. Cultures can certainly promote harmful or unhealthy attitudes and behaviors towards people contained within them, as well as people outside them, and those are things to look out for and criticize and change.

If anything, the point of this post is to assert that we should resist the normalization and naturalization of white cultures to the exclusion of others. We should raise questions every time the default setting claims to be color-blind but is not.

And if you’re angry after reading this post because you do think white cultures and white people are under attack, go take a walk and talk to some humans face-to-face and actually look at the world around you. It shouldn’t take a cultural specialist like me to reveal these truths to you, though I’ll grant that white supremacy is pretty damn insidious and if you’re sitting in a privileged spot relative it, it can be hard to discern. Don’t just listen to me, either, though if hearing a white person talk about this stuff makes it easier to swallow at first, keep reading my blog (and then read Oluo’s book!). 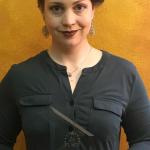