Who do we get to slut-shame and victim blame without consequences? That depends in part on who YOU are. 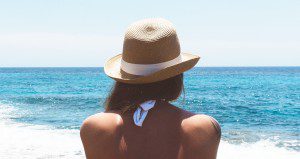 In other words, who you can call out for looking “too” sexy says a lot about power: who has it, and who lacks it. The question of women’s clothing reveals deeply held cultural values about gender roles, acceptable sexual display, and body adornment in a cultural context.

In Part 1 of this post, I gave a list of reasons why women wear revealing clothes: from exercise to feeling/looking good to… anything, really, since it’s usually a personal decision and not one made to spite or taunt viewers (and even if it is…so what?).

Now that we have some concrete examples to build on, the questions become: why does this matter culturally? What does it reveal about gender, sexuality, and power? And what does this conversation tell us about the practice of body art, which is intentional adornment within a cultural context?

As I wrote in my post defining body art:

Body art is important to study because it showcases social hierarchies, economic stratification, religious identity, and gender, among other things. Our bodies are at once very intimate and personal, and very public and visible.

The problem with assuming that women’s “revealing” clothing is a statement of intention to be sexual, or to seduce or be seduced, or is implicit consent to be touched or verbally harassed, or is in any way about the viewer and not about the wearer… is that it all attributes intention. Further, it implies that the person attributing the intention has the power to act on it. That assumption of intention is highly questionable for two reasons: first, it falls into gendered and sexualized patterns that in America are extremely dualistic, rigid, and essentializing, playing right into rape culture; and second, it attributes intention in a situation where, other than hubris, there is no reason to believe you can peer into someone’s brain to ascertain the reasons for wearing a given outfit… except for the cultural conditioning we’ve all received, and which feminism can help us detangle.

That cultural conditioning ties directly to power, and it’s a subtle, discursive form of power (in the vein of Foucault) rather than always an overt, direct, violent form of power. Yes, some forms of power are expressed through violence, as when mild harassment becomes assault. But what we’re seeing here, with the comments on women’s clothing being “too revealing,” is the power of gender stereotypes. It is the power to say, “You are a woman, and I know how all women are: you crave attention, and you’re in denial if you say you’re wearing revealing clothes for any other reason.” If not power, what else do you call the kind of bullshit reasoning that lets people get away with everything from mild harassment to assault, with very little correction or punishment coming their way? And no, by “people” I don’t just mean men, since women make these judgments about one another as well, though it’s less likely to result in physical/sexual abuse than verbal abuse in most cases.

How do we get around mistakenly (and arrogantly) attributing intention, even though you’ve probably been socialized your whole life to do so? One of the main ideas we employ in the study of body art is that the self is the first audience. Regarding the discussions I had with my students the last time I taught a class on body art, I wrote:

We’ve talked about the idea that when you get dressed in the morning, you’re the first audience for your stylistic choices. Your entire life history, your sense of body image, your self-esteem, your struggles with your weight… those all are foregrounded when you decide what to wear when dressing to go out. This is one area where my class design dovetails nicely with gender studies: women and men get radically different social messages about what’s appropriate to wear, and what’s considered “normal” for outfits and attractiveness.

Men’s unclothed bodies, in contemporary American contexts, are meant for sport and fitness. The situations in which they’re extremely sexualized, while now extending to advertising in a way that is starting to parallel how women’s nude bodies have been commodified for decades, tend to be limited: strip clubs for women, venues for gay men.

In contrast, women’s unclothed bodies are so visually common in advertising and pop culture that on the one hand, we’ve come to practically expect women to revel in being in various states of undress. But on the other hand, we’re spectacularly judgmental about real women’s undressed bodies: they’re too fat, too old, too wrinkly, too un-made-up, too skinny, and so on. Further, the assumption that women’s bodies are more dress or less dressed for a reason, a reason to do with sexy appeal for the viewer, is damagingly pervasive. Dudes can be less dressed because they’re hot and sweaty from working out, but if a woman is similarly less dressed, it must be because she wants to seduce someone, or get a free drink, or get attention, or flaunt and tease.

So please… just stop assuming you automatically have insight into why anyone (but especially women) might wear what they do. This assumption recreates highly charged dynamics of gender and sexuality, and ignores the insights that body art studies brings to the situation. People tend to dress for themselves, with an awareness of social context, and there’s no way you can know all the factors going into someone’s outfit choice, no matter how much it might conform to the stereotypes living inside your head. 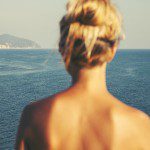 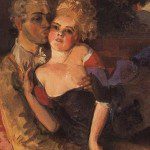