Why Have a Folklore Blogger at Patheos March 21, 2016 Jeana Jorgensen

As I stated in my intro post, I’m excited to be bringing my decade+ of academic folklore training to this blog. But maybe you’re wondering…what is folklore, and why is it relevant to a blog about religion, spirituality, and atheism?

The way we define it, folklore is traditional, informally transmitted culture. Maybe you’ve heard someone say “Oh, that’s just folklore” or “oh, that’s just a fairy tale/myth/old wives’ tale/etc.” but that’s not the association we use in academic folklore studies. I think we have Mythbusters to thank for some of this, but ah well. That meaning of folklore, as false belief, definitely applies to some of what we study, but not all of it.

Basically, when a folklorist and a cultural anthropologist want to study a given culture, we have some things in common (fieldwork; social science analytical tools and theories; some historical ties). But where the anthropologist might be interested in any and every part of a culture, the folklorist wants to know who the storytellers are, who’s responsible for passing on traditions, and who tells the best jokes. We’re after the parts of culture that are expressive, that are performed, and that are natively recognized as special and worth doing. That’s what the “informally transmitted” part of the definition I gave above means: because folklore is not passed on through institutions, it’s something people engage in because of its entertainment value and its relevance to their lives.

My colleague Lynne McNeill said it best, and here I quote from my blog post Why I Kinda Don’t Care About Origins:

“The significance of folklore studies as an academic field comes back to the idea that folklore exists as a form of cultural expression without the anchor of institutional culture.” (Folklore Rules 33) McNeill goes on to use  examples from the literary canon (we can’t just decide to ditch Dickens if we don’t like him anymore, since his contribution to Western literature has become institutionalized) and the law (we can’t simply decide to stop following certain laws if we don’t feel they’re relevant any longer) to illustrate her point.

But when we’re talking folklore, we’re in a different realm entirely: “Folklore, on the other hand, isn’t institutionally determined. That urban legend no longer speaks to something we  care about? Gone. That custom no longer meets the needs of that family? Done – never happens again. While we may record the legend or a description of the custom in an archive so that we remember it was once relevant, there’s no formal organization still making us tell the legend or practice the custom. Unlike reading the past works of a famous author or obeying an outdated law, the moment folklore is no longer relevant, we simply stop using it.” (33-34)

So, why am I here? Because folklore straddles the realms of belief and disbelief, the sacred and the secular, institutional and vernacular religion. Some folklore genres are embedded in belief, such as legends, which are narratives that are told as though they’re true (even though, as we all know with urban legends, they’re probably not). Superstitions are another folklore genre based in belief, whether we’re talking weather signs, predictions, or good/bad luck indicators. Other folklore genres hinge on disbelief: with fairy tales, no one actually believes that Once upon a time really happened. With jokes, no one believes that a priest and a rabbi walked into a bar, or that a horse ordered a drink. Studying folklore and trying to get the cultural insider’s view on what’s true and what’s false keys us into the broader belief system of a given culture.

Folklore also deals with topics that are sacred and holy, as well as those that are mundane and secular. Creation myths are sacred narratives about the origins of the world and humankind, and we study those. Rituals that are meant to connect the human world with the divine one, or the realm of the dead, are also of interest to us. At the same time, we study slang and playground games, things that are so mundane as to seem trivial to some. So long as we’re tuned in at the level of culture that oscillates between tradition and variation, it’s all fair game.

Finally, folklorists play a role in studying religious cultures at various levels. We’re less interested in things at the institutional level, since folklore thrives on variation. But we’re pretty good at examining how institutional texts and contexts get filtered through folk processes to become localized examples of folk culture. My colleagues who study vernacular religion define it as “religion as it is lived: as human beings encounter, understand and interpret it” (Leonard Primiano quoted by Per Smith). This means we get to document how a given region celebrates a saint’s day, and how holidays change over time and space, and how folk dramas depict religious figures. We also document the expressive culture of non-believers, since they compose a unique folk group that’s fairly recent in human history.

In the case of my picture for this post, a masked mumming celebration that happens yearly in Estonia, I got to participate in St. Kadri’s Day by joining a group of folklorists (both local and not) who dressed in white clothing and masks to go around singing and asking for treats. This includes men, too, so that’s a curious instance of religiously-sanctioned cross-dressing. It’s a saint’s day celebration, yes, but Estonia is a pretty secular country for the most part (repeated religious colonization and forceful conversion will do that, I suppose). And yet the vernacular religious practices persist. I’m not a mumming expert (I’d point you to my colleague Stephen Winick’s blog for more info), but bringing religion into dialogue with expressive culture helped me make sense of that unique experience.

So if you’ve come to Patheos wanting to learn more about the cultural side of belief, religion, disbelief, atheism, or any of their intersections, you’ve come to the right place. I work a lot with secular genres – such as folktales, fairy tales, body art, and dance – but I also touch on the religious stuff. And learning how tradition and folklore work in one instance can help illuminate how they function in another instance.

Next up I’ll talk about the belief paradigm I bring to my scholarship, as an atheist-agnostic culturally-Jewish feminist. 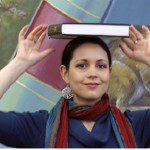 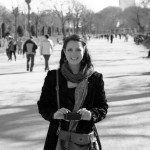 March 23, 2016 On Being a Mostly-Atheist Folklorist
Recent Comments
18 Comments | Leave a Comment
Browse Our Archives
get the latest updates from
Foxy Folklorist: Folklore, Culture, Sex
and the Patheos
Nonreligious
Channel
POPULAR AT PATHEOS Nonreligious
1