Why I’m Cool with Pair-Bonding But Not Enforced Monogamy

Why I’m Cool with Pair-Bonding But Not Enforced Monogamy May 30, 2018 Jeana Jorgensen

Speaking out against enforced monogamy doesn’t mean you’re anti-monogamy; it’s entirely possible that many people benefit from monogamy, because a lot of humans are driven to pair-bond. However, making the conversation about reducing violence raises problems and often misses nuances.

Turns out the whole “enforced monogamy” conversation is pretty volatile right now, as I discovered in my blog post critiquing Jordan Peterson’s sexist take on the whole thing. Part of why I want to be involved in this discussion is that my background in folklore, anthropology, and especially gender studies actually gives me a great deal of insight into this topic… in addition to the whole feminist-rage-thing about being sexually objectified as is happening in the assertion that men would just chill and be less violent if they had more sexual access to women.

Let’s start with the basics. The strict definition of monogamy is only being sexually and emotionally intimate with one other person for the duration of your life. How many of us are actually monogamous by those standards? Very few, I’d wager.

Instead, many people in the West practice what’s known as serial monogamy, or being with one person at a time. And there’s nothing wrong with that, but it’d be disingenuous to pretend that you’re upholding the banner of monogamy when in fact you’re not quite doing so.

There are multiple components to monogamy, as I’ve pointed out here. Emotional monogamy means loving one person at a time, practical monogamy means doing life-tasks with one person at a time (managing a household and raising kids together), and sexual monogamy would seem to be self-explanatory, except nobody can seem to agree on what cheating means anymore. The perfect overlap of the three components of monogamy as the ideal is actually pretty recent in American history; extended families have shared child-rearing duties in the not-too-distant past, and still do in many cultures.

In my research and my observations, it seems that many people, in many cultures and periods of history, are driven to pair-bonding. In other words, there’s one person to whom they feel romantically and sexually drawn (at a time). I get the sense that this is normal and natural, but it’s also normal and natural (though less frequently occurring) for people to love more than one person. I mean, you don’t ask parents of multiple children which kid they love more, right? Many polyamorous people have used this line of argument to explain why it’s not actually that weird to love more than one person romantically, even as it goes against the grain of multiple cultural conventions.

So while I don’t have a problem with pair-bonding, I do have a problem with monogamy as enshrined cultural practice. Western monogamy – in the form of marriage – has multiple legal, economic, religious, and social strictures making it the dominant mode of being/living/loving (I might instead say it’s hegemonic, meaning that it’s become the invisible norm, so reified in cultural practice that it’s rare to need to use violence to enforce its dominance).

The enshrinement of this narrow slice of Western “til death do us part” marriage has a number of negative consequences, including:

Further, monogamy has only been selectively enforced. Rich, white, powerful men have often been free to take mistresses and have extramarital affairs without much more consequence than reprobation if that. Women suspected of adultery often face much harsher punishments than men. So to argue for monogamy in this cultural context is effectively saying “We should continue a system where men are held to laxer standards than women, cool right?”

Again, please understand: it’s possible to critique the cultural system of monogamy while encouraging individuals to be in monogamous relationships and marriages if that’s what’s right for them. I view this as being rather like married straight people advocating for gay people to have the right to marry: you can recognize the impact of a legal/economic/social institution on others even while  you’re saying “hey, it works for me.”

Finally, one of my main objections in this whole “enforced monogamy” conversation is that the people advocating for it don’t seem to be allowing for the fact that patriarchy is, itself, a system that encourages violence. And in not asking questions about underlying systemic violence, but attempting to address said violence, most of the solutions I’ve seen treat women as disposable vaginas to toss at men to make them stop harming others. Or suggesting that women’s emotional labor will save men from themselves, or whatever.

For example, a friend directed me to this summary of an anthropological study comparing men’s violence in polygamist cultures. The main finding was:

In cultures that permit men to take multiple wives, the intra-sexual competition that occurs causes greater levels of crime, violence, poverty and gender inequality than in societies that institutionalize and practice monogamous marriage.

I want to know which other cultural factors went into this study, and I want to see more intersectional analysis. Did the study account for the effects of colonization and imperialism? What about the role of religion? What about educational levels, poverty levels, and access to jobs? What about women’s rights?

In regard to that last point, I am extremely curious about whether we might fix some of the problems associated with polygynous cultures by just, like, making sure everyone has access to basic universal human rights (education, right to own property, right to vote, etc.). Just like I believe “hey if monogamy works for you, go for it, just be aware of how society prioritizes your rights above those of others and grants your lifestyle greater representation in politics and media,” I believe people can enter polygynous, polyandrous, or polyamorous relationships if they’re freely and consensually chosen. My hope, then, is that in situations where women might be coerced into polygynous marriages because they don’t have other options, we can hopefully engineer larger social systemic fixes to make sure that women (and men) are choosing these situations because they’ve got a plethora of options, and decided to go with this one in particular.

Similarly, I would hope that in paying attention to cultural context and human rights issues in cultures where polygyny is permissible – and where men’s violence is apparently higher than in monocentric societies – we might address some of the ills of patriarchal cultures that leave men feeling disempowered and as though their only recourse is violence.

While we’re contemplating these systemic fixes, not treating women as though they’re disposable objects to be hurled at men in order to prevent those men from acting out would be great, thank you very much. I’ll grant that I’m tickled at the idea that women’s vaginas are magical and can prevent violence with a wink of our labia, but, well, I don’t think that’s where most of these “enforced monogamy” people are going with it. And as long as they’re spouting such nonsense, I’ll feel compelled to speak out against it. 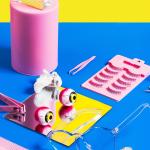 May 29, 2018
Find a Better Insult Than "Gender Studies Doesn't Exist" When Arguing about Gender
Next Post 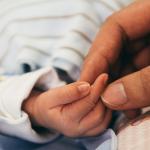 June 5, 2018 Angry about Missing Children? Welcome to Reproductive Justice.
Recent Comments
0 | Leave a Comment
Browse Our Archives
get the latest from
Foxy Folklorist: Folklore, Culture, Sex
Sign up for our newsletter
POPULAR AT PATHEOS Nonreligious
1