Why Speak Out About “Mild” Sexual Harassment

Why Speak Out About “Mild” Sexual Harassment June 2, 2016 Jeana Jorgensen

Some of the comments on my recent posts, like Why Being Sex-Positive, Sexy, or Anything in Between Doesn’t Mean You “Deserve It” and Sex Positivity and Sex out of Context, have gotten… interesting. And by interesting I mean victim-blamey.

Did you read my post defining the story genre known as a personal narrative? Everyone has these first-person stories they tell about their life experiences, and, sadly, most if not all women have stories about being harassed (or outright assaulted, abused, stalked, harmed).

Today, I talked back to a catcaller. I do this often, and when I say I’m putting myself in physical danger when I do this, I’m laughed at. I’m told to stop overreacting. I’m called overdramatic.

Today, I talked back to a man who touched me in the street without my permission. It doesn’t matter what I said. What matters is that he grabbed me by the back of the head, called me a whore, and threw me into a wall. Because I stood up for myself *after* he put his hands on me.

This is 2016. I was attacked by a man, and I am preparing myself to be asked what I did to deserve it, and told what I should have done to prevent it. This needs to be talked about. My story is not even a little unique. #notallmen helps no one, when#somemen are all it takes.

This personal narrative exemplifies the victim-blaming aspect of rape culture that is horrifyingly pervasive. You don’t have to be a card-carrying feminist to read this story and believe that there’s something wrong with how this woman was treated.

And this is why we talk about even “mild” forms of sexual harassment such as catcalling, groping, and street harassment. Maybe these aren’t the “big deal” forms of abuse/assault/rape that garner a lot of public attention, and maybe they’re not as traumatizing (though as I’ve learned about trauma, the events that trigger a traumatic response can vary in scope, and that doesn’t make the trauma less legitimate). But microaggressions stack up in people’s experiences of the world, wearing us down and making us feel like our experiences are too small to bother bringing up even as they’re gnawing at us. And, as in this personal narrative, when even just speaking up against a microaggression is enough to incite violence – what the fuck kind of a justification makes that okay?

I’m frustrated and sad that we still need to be having this conversation. But I guess I’m not terribly surprised, as there as Christian thinkers saying rape within marriage isn’t possible, as well as the long litany of examples of rape culture in secular society.

So I’m going to keep talking about everything on the harassment/abuse spectrum. It’s not a fun topic, but it’s one we can combat with conversation and education, and as an educator, this is one of my contributions to society. 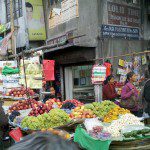 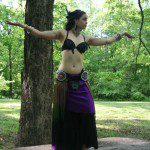 June 3, 2016 That Time Someone Called the Police on Me in Belly Dance Attire
Recent Comments
0 | Leave a Comment
Browse Our Archives
get the latest updates from
Foxy Folklorist: Folklore, Culture, Sex
and the Patheos
Nonreligious
Channel
POPULAR AT PATHEOS Nonreligious
1