With a bunch of big events coming up for me – both in print and in speech – I’m reflecting on how even academic writing feels like taking a risk. Which is probably ultimately a good thing.

I’m giving my Folklore Roundtable talk at UC Berkeley this Friday. My essay in Split will appear when the book is published at the end of this month. Teaching about cultural appropriation last week meant divulging some of my personal feelings about how this issue impacts me as a belly dancer. These are seemingly unrelated events (a scholarly talk, a personal essay, a lesson plan) but they’re part of why I feel vulnerable 24/7.

My folklore colleague Will Pooley stated in his blog post Put Yourself At Risk:

Why should history be the exception?

And why should folklore be an exception? We’re all obviously drawn to research and teach topics that resonate with us on some level, and to leave this realm unacknowledged seems faulty. It smacks of the drive toward objectivity that is biased in gendered, classed, and racial ways, because of how historical patterns have conditioned us to expect objectivity from and about some identities but not others. Surely there are ideal ways to construct studies, and less ideal ways, but true objectivity does not exist.

Assigning objectivity is often a gendered act, with other implications. The expectation of emotional labor from women in academia is one example of this type of bias: women scholars are often burdened with caring tasks on campus, and additionally expected to prove why our research isn’t “me-search.” (if you haven’t heard of “me-search” Write Where It Hurts has an excellent blog post on the topic) Because, obviously, it’s a shitty system if only white men are ideally positioned to study any- and everyone, and needn’t explain themselves in the process.

I worry that admitting to vulnerability, in terms of explaining our draw to certain topics, can be risky. Here, too, we might see the tendency to assign value to intellectual acts more than emotional ones (which also tends to be gendered). Pooley’s quote on vulnerability really resonated with me, in a way I find both inspiring and frustrating:

Vulnerability can be intellectual, too.

Of course it can be. In putting together my Roundtable talk, I’m basically saying “Here is what draws me to the study of fairy tales. Here are the methods, theories, and texts I believe we should prioritize right now.” I tweeted, jokingly, that my Roundtable increasingly reads like a love letter to Danish folklorist Bengt Holbek. His immense study of fairy tales summarizes and synthesizes most preceding research, which is no small feat. It has its shortcomings, though, which is why I bring in feminist and queer theory to my talk (e.g. Holbek does talk about sex and gender, but without a real sense of the hierarchies these identity categories create in lived experience). Will it be a success? I hope so, in large part because it’s me speaking from my heart (granted it’s a structuralist-obsessed, super-feminist heart).

But is it easier for men to be intellectual with their vulnerability than women? At risk of sounding like a cranky feminist, yes, I think it is.

I worry that in writing a Roundtable talk on sex in fairy tales, I’ll look like some weirdo, thanks to contemporary American culture’s tendency to enculturate us to think that any sign of interest in sex is excessive, perverted, and/or predatory. I believe I’m making a major contribution to scholarship on this topic, though, one that addresses both longstanding concerns in folk narrative studies, and that helps illuminate the concatenation of gender and sexuality in Western society. It’ll also have some funny and lascivious bits, so hopefully the audience members who aren’t serious scholars still get something out of it.

I’ve done a little of this vulnerable self-revelation in relation to my scholarship before, so I’ll share a snippet of the introduction to my master’s thesis which does just that:

A close friend and I were once discussing why we were drawn to our somewhat bizarre research topics: she to prostitution, and I to father-daughter incest fairy tales. These things were not part of our life experiences, and yet we got something meaningful out of their study. My friend hypothesized that I was so fascinated by the father-daughter dynamic because within a nuclear family unit in a patriarchal culture, the father-daughter relationship is the most asymmetrical. That is, the father has the most power within the family (itself a model for society), and the daughter has the least power. This relationship, then, reflects a tension that resonates with larger power imbalances within societies. And because I am drawn to patterns, to stark illuminations, this relationship entrances me, and compels me to try to explain its presence in stories that have gone through many redactions and guises.

In case you were wondering, yes, it’s pretty scary to talk about why you’re drawn to researching incest. People might assume things about me which are untrue, whether it’s that I had certain experiences (which I haven’t) or that I have certain sexual  interests (which I don’t). It’s weird to talk about, but I can’t not talk about it, not if I’m being true to both my sense of intellectual rigor and my drive to humanize academia in ways that let all of us embrace our intersectional identities more fully. (I worry that this line comes off as overly optimistic, or that it minimizes the important contribution of intersectionality to understanding multiple and compounded forms of oppression, which isn’t my intent, but I worry more that if we’re not talking about overlapping senses of identity in academe, we’re doing it wrong)

If you are able to embrace jeopardy, it is important to remember that vulnerability is not a weekend-getaway to visit when it is convenient to our writing. Do not be a tourist to a disaster zone. Be a reporter from the breaking stories on your intellectual doorstep.

Taking risks with our writing is scary, but it’s often worth it. Do the self-care you need to get through it, and pull back when you need to… but when you can share, do it. You may help pave the way for someone else to open up, in scholarship or beyond. 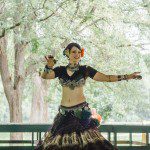 March 12, 2017
Further Thoughts on Cultural Appropriation vs. Appreciation
Next Post 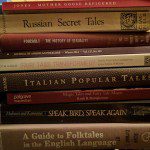 Truth, Morality and Stuff!
I had the privilege of hosting Stephen Law on my show...
view all Nonreligious blogs
What Are Your Thoughts?leave a comment
Copyright 2008-2020, Patheos. All rights reserved.