You Can’t Make or Unmake Someone Gay, So Stop Trying (And Stop Fearing Us)

You Can’t Make or Unmake Someone Gay, So Stop Trying (And Stop Fearing Us) November 16, 2016 Jeana Jorgensen

Part of my “we’re stuck sharing this country, so please don’t eradicate us” plea involves getting cisgender heterosexual folks to stop fearing the LGBTQ+ community. And I plan to do so with education and science.

One of the more appalling things to happen in the recent election was the show of support for Mike Pence, which includes his position on conversion therapy. Direct links are difficult to find, but there is enough evidence mounting that Pence has supported conversion therapy, which has been likened to torture.

Conversion therapy does not achieve its stated aims. But by the same token, there’s (obviously) no “gay agenda,” nor is there a way to MAKE someone gay. In fact, according to the American Psychological Association:

There is no consensus among scientists about the exact reasons that an individual develops a heterosexual, bisexual, gay or lesbian orientation. Although much research has examined the possible genetic, hormonal, developmental, social and cultural influences on sexual orientation, no findings have emerged that permit scientists to conclude that sexual orientation is determined by any particular factor or factors. Many think that nature and nurture both play complex roles; most people experience little or no sense of choice about their sexual orientation.

Intriguingly, it seems that there are fairly consistent levels of non-heterosexual orientation among different cultures. The Williams Institute of UCLA amasses cross-cultural data to assert that in 5 Western countries including the U.S., between 1.2 and 5.6% of the population identifies as gay, lesbian, or bisexual. In other research I’ve seen, the numbers are pretty consistent: less than 6% of the population has usually experienced or acted on same-sex attraction, but it’s at least 1-2% of a population. As with all cross-cultural research, different languages and values make these topics difficult to pin down precisely.

While the existence of gender and sexual diversity is pretty well a universal across cultures, if expressed differently in different contexts, researchers are still working to understand how much a constant these factors are in the lives of individuals. One 10-year longitudinal study found heterosexuality to be a mostly-stable identity for most participants (sexual minority women apparently experienced more fluidity in how they identified than any other category).

A 2011 paper published in the Archives of Sexual Behavior (PDF here) found that the numbers of people identifying as lesbian, gay, or bisexual mostly stayed constant over a six-year span. Some folks left that population for the heterosexual side of things, while other folks joined in…but they were overall small numbers, with between 1 and 5% of the population identifying as non-straight. That number depends on which factors you’re counting: romantic attraction? sexual fantasy whether you act on it or not? And so on.

So, yes, sexual orientation is a tad fluid. Depending on how we measure it, the general population might at any time have between 1 and 5% of folks who don’t identify as straight. That’s a pretty small number still, and even if there’s some flux with who belongs in it, it’s not, like, an alarmingly big migration of folks in and out of this population.

Which returns me to the point of this post: even with the potential fluidity of sexual identity within different cultural (and generational) populations, we don’t know how to predict what causes people to change how they identify. And that means we can’t force it to change.

You can’t un-gay us. And we can’t gay you. If people are going to experience changes in sexual orientation, that’ll happen due to a variety of factors that scientists haven’t figured out yet. If we had better research funding and better sex education in schools, this might be more common knowledge.

But for now? I’ll settle for relegating conversion therapy to the annals of shameful and unethical medical interventions. Hopefully you’ll join me in recognizing the humanity of LGBTQ+ folks and speak out against it when people attempt to treat us in dehumanizing ways. 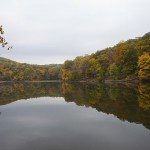 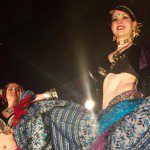 November 17, 2016 #FolkloreThursday: Performance
Recent Comments
0 | Leave a Comment
Browse Our Archives
get the latest from
Foxy Folklorist: Folklore, Culture, Sex
Sign up for our newsletter
POPULAR AT PATHEOS Nonreligious
1