You Without a Mask Are Like a Dog Off a Leash

You Without a Mask Are Like a Dog Off a Leash May 20, 2020 Jeana Jorgensen

I’ve seen varying opinions about whether to wear a mask during a pandemic, and I think some of these opinions are more valid than others (usually those with hefty research backing them). And I just came up with a metaphor to explain why the whole topic has me somewhat upset.

Wear a mask…or don’t wear a mask? Only in certain settings? Made from certain materials? When even the experts have dissenting opinions, then yeah, there’s going to be some confusion. But it seems that the scientific consensus is currently: “Wear a damn mask if you’ll be around others in public.”

The CDC is now recommending masks for people when they go out, and as detailed at the Mayo Clinic and at Live Science, this is NOT because masks offer perfect protection against COVID-19 (even the N95s so crucial to practicing medicine safely have about a 95% prevention rate). Rather, the masks help reduce its spread by restricting particles that could be carrying the virus that might be projected into the air by sneezing or coughing. Some particles might still be airborne, and might still get through the mask on the way out or the way in, but that number is lower than it might’ve been otherwise.

From what I understand, human error plays a role in the efficacy of masks too, in both good and bad ways. On the plus side, wearing a mask might help someone remember not to touch their face while out in public; on the negative side, someone who is fidgety and touches their mask a bunch could be spreading the virus around more. So, on that front, I get it: requiring people to wear masks is not necessarily ideal, because whether or not it’s ill intentioned, someone will always mess it up because, well, we’re human.

But here’s the thing (and here’s where my metaphor comes in): I would feel safest if I saw people making an effort to contain the virus’s spread, whether or not they actually have it, because due to the lack of consistently available testing, more often than not we don’t know who has it. Plus there are asymptomatic carriers to take into account!

Similarly, this is why I hate it when people have their dogs off a leash in public spaces. Dog parks or your own backyard? Great, let your dog run free, have a blast! But in public… no.

I don’t care how sweet your dog is, or how well-trained. I don’t care if your dog is so gentle it’d never hurt a fly. I like animals…but I don’t necessarily trust them unconditionally, nor do I trust every dog owner to have invested the time and energy to train their animal well. And you never know what might cause a dog to react badly to a situation, since they are still animals at the end of the day, with their own instincts as well as experiences…there are just too many variables.

I’ve been attacked by dogs while out running multiple times (without serious injury, thankfully). One time I was even running at a park where the parents handed their young child the dog’s leash and told the kid, “Okay, tell him to sit.” Did the big dog sit? No, it lunged at me and got its snout into my hipbone as I jogged by and tried to dodge, all while the parents yelled at the kid and not the dog. When I passed them later in the same park, they didn’t even apologize to me.

So I have reasons to be wary of strange dogs. And there are other people out there with much worse trauma, or a fear of animals, or what have you. And remember, trauma isn’t necessarily rational; you can’t out-think it or tell it “Hey pipe down, I know that dog is safe because that person looks responsible.” No, the trauma is there as a psychological scar reminding you that the past situation was dangerous, so the present situation that resembles it might also be. For all I know, your dog is the one with trauma, and will respond viciously in a certain very specific situation.

In my view, the dog owner who insists on walking their dog in public spaces without a leash is irresponsible and short-sighted and seemingly incapable of viewing the world from others’ eyes. If you cannot imagine why someone might feel threatened by your dog or any dog running free, then you have a pretty shitty imagination (or you’ve never encountered a kid that is straight-up terrified of dogs; do their feelings not matter?). Again, trauma comes in all forms, and no animal is 100% predictable or controllable. If you happen to be on a trail where you’re pretty positive that you won’t encounter other humans, fine… it may be that there are shades of grey where I’m perceiving absolutes. But I would hope that responsible dog owners would recognize that there are many situations where having the dog unleashed could be dangerous to other people.

What is another act that’s also full of hubris and lacking empathy? Not wearing a mask in a pandemic in many, many situations (note that I didn’t say all situations; I’m aware that some people cannot wear masks due to disabilities or illnesses, and that there may be a few cases where the more responsible thing to do is not wear the mask in that instance, but I’m thinking those cases are probably few and far between).

Because here’s the thing: you may feel safe not wearing a mask, because you’ve assessed the risks to yourself and decided that they are minimal. Which, I get it. I do that too sometimes, though on the whole if I’m going to an enclosed space (like the grocery store or pharmacy) with other humans in it, I’m almost always in a mask.

However, I have no way of knowing if you are safe, just like I have no way of knowing if your unleashed dog is safe. And your not wearing a mask and expecting everyone else to be fine with it is quite arrogant, because of the aforementioned lack of reliable testing, as well as the simple fact that I don’t know you and I don’t know what you’ve done to reduce your risks.

So for now, at least until we get more scientific evidence to the contrary, I’m mentally lumping in “non-mask-wearers” with “people who walk dogs without a leash in public.” Your behavior may or may not be dangerous in that moment – but the thing is, we have no way of knowing for sure, and your actions are inherently asking for implicit trust from your fellow humans that we have absolutely no reason to bestow on you.

And by the way, I really do like dogs (though I loathe irresponsible dog owners). I don’t actively despise people I see in public without masks, but I have this mental sigh moment where it’s like…. you are asking me to trust you on an issue that is damn near unknowable, due to the complex ways in which viruses can spread. And I’m running rather low on trust for fellow humans at this point, unfortunately. 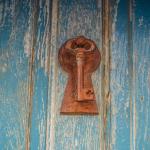 May 15, 2020
Thoughts on Vocation, Privilege, and Specialization
Next Post 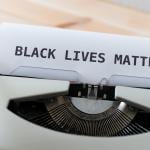