If you’re arguing against abortion and you want to bring in facts, you should… um… use actual facts.

On the first slide, it says:

1. Abortion increases a woman’s risk of future miscarriages by 60%

A British scientific study examined six hundred and three women aged 18-55 and found that there was an increased risk of future miscarriages associated women who had previously had an abortion.

Oh good, I thought, a link! I can follow it to view the citation! (Though sadly only 3 of the 8 slides have external links or any mention of the source at all.)

But when I clicked on the first abstract, there was no mention of abortion. It was a study about miscarriages, looking for causation and correlation in the various factors that the researchers measured. Okay, that’s weird.

Then I figured, hey, I have access to academic journals since I’m currently affiliated with a university! I can track down the article itself!

There were only two mentions of abortion in the entire paper (and it’s a lengthy one). They both occur in this paragraph:

Findings in the literature relating to the effect of induced abortion on subsequent risk of miscarriage in general are conflicting: a prospective study based in China45 found an increased risk of first trimester miscarriage, although a large-scale Danish46 study found increased miscarriage risks only for women who conceived within 3 months of the induced abortion. Other studies have found no increase in risk.47,48 It is possible that some of these conflicting results are due to inadequate adjustment for confounding. (Maconochie et al 183-184).

That’s not exactly ironclad evidence on correlation (let alone causation) between abortion and subsequent miscarriage. And how you get from there to “Abortion increases a woman’s risk of future miscarriages by 60%” is beyond me. I wonder whether the blogger had access to the full article or somehow twisted the words in the abstract (which again, had no mention of abortion) to get there? I also wonder if their channel editor is okay with them making up statistics wholecloth and passing them off as summaries of scientific studies, like, is this an “alternative facts” kind of thing?

The second and third slides are just as problematic, using language from the abstracts in place of that from the articles, and confounding concepts (such as conflating suicide with homicide as among the “external causes” for the deaths observed after termination of a pregnancy).

I know that abortion is a charged topic, but whole-cloth fabrication of “facts” is not the way to go about having this discussion.

I mean, I get it: I just wrote about worldview for #FolkloreThursday. If something is morally wrong in the belief system you were enculturated into, you will perceive it as a bad, bad thing. And I don’t have a problem with people who think abortions are wrong, since obviously we’re allowed to believe various things in a pluralistic society.

However, public policy must be based on empirical evidence, not personal or religious belief (especially since in America, we aspire to separation of church and state). Faith has little place in this conversation, unless we’re talking pretty basic stuff like having faith in the betterment of humankind through education, the belief that all humans deserve access to food and safety, that kind of thing.

We now have more evidence that taking away women’s access to health services increases maternal mortality rates drastically. And we know from history that making abortions illegal doesn’t prevent them from happening, but rather is a death sentence for the women who will seek them anyway (and let’s recall, 90% of abortions occur in the first trimester, when the fetus is not viable anyway, for those who care about such things). And FYI, the Guttmacher Institute is always my go-to for peer-reviewed studies on abortion, as in their fact sheet here.

Going back to that very first abstract I linked to, the study authors made a conclusion that resonates with the goals of most pro-choice feminists I know, supporting women in all stages of their reproductive health, especially providing comprehensive and accessible prenatal care:

The results confirm that advice to encourage a healthy diet, reduce stress and promote emotional wellbeing might help women in early pregnancy (or planning a pregnancy) reduce their risk of miscarriage. Findings of increased risk associated with previous termination, stress, change of partner and low pre-pregnancy weight are noteworthy, and we recommend further work to confirm these findings in other study populations.

So: Stop making it look like feminists are promoting harmful health consequences when they simply say, “Abortion is a medical service that must be made accessible, along with a whole host of other reproductive health services that promote the well-being of women.” The research supports them. And if you are going make accusations like those in the linked post, use some actual facts, please. 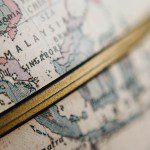 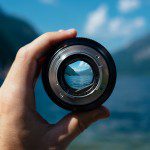 January 28, 2017 Removing the Religious Lens
Recent Comments
0 | Leave a Comment
Browse Our Archives
get the latest from
Foxy Folklorist: Folklore, Culture, Sex
Sign up for our newsletter
POPULAR AT PATHEOS Nonreligious
1

The Dependence of Biblical Law Codes on Ancient...
I am writing a book on the Exodus to build on both...
view all Nonreligious blogs
What Are Your Thoughts?leave a comment
Copyright 2008-2021, Patheos. All rights reserved.