President Obama Listened to a Heckler With Humility His Critics Are (Ususally) Wrong May 23, 2013 Frank Schaeffer 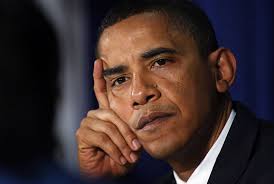 The president I know and love stood listening with respect to a heckler when he spoke today about closing Guantanamo prison. He is a big man in every sense of the word with a big heart. The “IRS scandal” and the “Benghazi scandal” are just more bash Obama “stories” that aren’t about what they purport to be about. Liberals and far right conservatives have joined forces in writing off the Obama presidency so many times I’ve lost count. They did so from day one. Liberals did it by offering condescending “advice.” Conservatives did it by starting the Tea Party and by careening from one fact-free hysteria fit to another.

The economy is rebounding. The stock market is skyrocketing. We’re out of Iraq and the war in Afghanistan is winding down. Immigration reform is on the way. Gay rights and women’s rights have been advanced as never before. The health care system is slowly being reformed and millions of previously uninsured Americans have been or are about to be covered.

Our first African-American president has battled the most virulently obstructionist congress ever in modern times. Liberal and conservative Americans who predicted doom, again and again, from early in the Obama presidency to the present have been proved wrong– again and again.

Yes, the Obama presidency could have been better— if that is, President Obama hadn’t faced the bitter attacks from southern white males in congress and their corporate masters egged on by a shrill 24/7 far right media. He also could have done more if liberals had had his back from the start, instead of sniping at the President from the sidelines as they – like the right wing operatives — also did from day one.

The fact is this president has been an overwhelming success. Given what he faced: a country on the verge of economic depression mired in two stupid wars he has been more than successful. President Obama has been masterful. And he’s turned this country around after one of the worst periods in our history.

Liberals have been fickle and conservatives downright vile. Our gracious, persistent and patient president has not stooped to their level. He has not lashed out.

Now that we’re heading for an economic boom and our troops are headed home all of a sudden a minor and stupid story about underpaid and overworked IRS petty functionaries in Cincinnati has been latched onto by pundits on the right and left as yet more “proof” of President Obama’s “failure” or worse. And a terrorist incident in Benghazi offers the far right critics of the President a last chance to try and slow the march of history that will judge our president as a monumental success.

These are bullshit “news” stories being pushed by people – left and right – with motives that have nothing to do with the stories themselves. Smarmy white liberal commentators – selling advertising on their blogs and TV news channels by hyping hype – hold forth on how they could have done it better. The usual cast of conservatives and their fact free followers sharpen their knives—yet again.

They are all wrong.

The reason the IRS was trying to figure out what to do with the deluge of special interest lobbyists plunging into election year politics as “not-for-profit” groups was that the Supreme Court sold its soul to folks like the Koch brothers who wanted to buy the election. The blurring of the line on 501-c-3 and c-4 organizations is just another symptom of money overtaking our democracy with the blessing of the Court.

As for Benghazi it’s another sad story about the fact that once in a while the enemies of the US will succeed in killing some of us—no matter who is president. When over 3000 Americans were killed on President Bush’s watch on 9/11 liberals didn’t blame him, though he had actual warnings he ignored. Then again W wasn’t black.

Yes, it’s all about race. It must be because the actual evidence of our economy and our standing in the world — not to mention the President’s record on protecting us — points to Obama’s success.

Liberal whites want to elect blacks but I think some of them assume that the lucky few blacks they help are undeserving affirmative action-type hires and that of course the liberal whites who condescended to elect them are smarter than they are.

So the liberals demand that they be listened to by the blacks they were so nice to in a way that they never seem to demand of white leaders. How else to explain all the carping that President Obama is “too distant” and “cut off” when he’s been nothing of the sort?

The right wing of course have been rooting for President Obama’s failure because they feel that God put whites in charge of the world and that having a black in the White House is somehow unnatural.

I’ll predict that after the right wing loons squeeze every last lie and innuendo out of the IRS “scandal” they can suck from it that this will change nothing as far as the verdict of history on President Obama.

I predict that when the last “lefty” white commentator has wrung the last drop of sanctimonious drivel out of the “failures” of this presidency that the actual facts – a rebounding economy, wars ended, human rights for women and the gay community advanced, healthcare reform begun – will stand for all time.

President Obama is a great president, a gracious and good man and smarter than all his critics combined.

Frank Schaeffer is a writer and author of Crazy for God: How I Grew Up as One of the Elect, Helped Found the Religious Right, and Lived to Take All (or Almost All) of It Back.

May 23, 2013
Yesterday 1.8 million British Muslims Did NOT Hack Anyone to Death
Next Post

May 28, 2013 Why Go To Hell When You Don't Have To?
Recent Comments
1 Comment | Leave a Comment
"Agreed, Trump just used christianity to try and get the votes from the strong christian ..."
Rick James Evangelical Authoritarianism and Fear in America: ..."
"Except that Rapture is not mentioned anywhere in the Bible, or in any other source ..."
Starsatyr Tim LaHaye is dead but his ..."
"Good article, but I believe a tad outdated now 4 years later. While the Moral ..."
Kirk Leavens An open letter to the Republican ..."
"Praying deconverted me. So yes, Christians, keep praying."
Captain Cassidy Evangelical and/or Post-Evangelical Christianity, “Progressive” or ..."
Browse Our Archives
get the latest from
News and Politics
Sign up for our newsletter
POPULAR AT PATHEOS News and Politics
1

For Keith Jarrett
Keith Jarrett is a legendary pianist and composer who is part of...
view all News and Politics blogs
What Are Your Thoughts?leave a comment
Copyright 2008-2021, Patheos. All rights reserved.