A Question for Memorial Day Weekend: Is Democracy Overrated?

A Question for Memorial Day Weekend: Is Democracy Overrated? May 25, 2019 vancemorgan

It is Memorial Day weekend, a great time to honor those who have made sacrifices over the years, including the ultimate sacrifice of their lives, to protect our freedoms. It is also a good time to pause and consider how well we are living out the freedoms that these sacrifices were made for.

In an early season episode of House of Cards, then Vice President Frank Underwood, fresh off another policy victory energized by skillful manipulation and lying, turns toward the camera for an aside to the audience. “I’m the second most powerful man in the country without a single vote being cast in my favor. Democracy is so overrated!” I have wondered whether Frank might be right a number of times over the past few years. 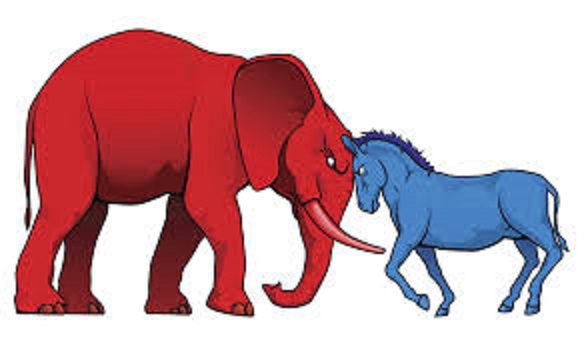 Technically, of course, the United States is not a democracy—it is far too big for that. It is a representative republic, in which eligible voting citizens elect representatives who then cast votes on behalf of those who elected them in legislative bodies from the local to national level. But this doesn’t dilute Frank’s point, which is that what matters in politics is power, manipulation, who you know, and money. This is true in any sort of government, since all forms of government are run by human beings, creatures perhaps motivated by self-interest and greed more than anything else.

Concerns about democracy have a long pedigree. Plato’s Republic and Aristotle’s Politics are respectively two of the greatest works of political philosophy in the Western tradition, and even though both Plato and Aristotle were thoroughly familiar with the Athenian experiments in democracy that we now look back on favorably, each were highly critical of this form of government. When Plato lists various forms of government from worst to best in the Republic, he ranks democracy as next to worst, only slightly better than tyranny.

There are many reasons for these great philosophers’ rejection of our favorite form of government, some of which were undoubtedly personal. Plato’s mentor Socrates was convicted and condemned to death by a jury of 501 of his Athenian peers in a straightforwardly democratic fashion—and Plato never forgave either Athens or its ludicrously misguided form of government.

This is why Plato ranks aristocracy—the rule of the aristos or the “best”—as the best form of government. Democracy is built on the idea that since all human beings are fundamentally the same, each of us can legitimately consider ourselves equally qualified for everything, including choosing our leaders. To which Plato and Aristotle say “Bullshit.”

The polling place was the elementary school just a couple of blocks down the street from the house we were renting; as I walked home after voting, I started having disturbing thoughts. What if some fool who had not spent one second thinking about or studying up on the issues followed me into the voting booth and voted for Ford rather than Carter because he liked elephants more than donkeys? What if my uncle, who always votes straight Republican because he thinks Jesus was a Republican, has already cancelled my vote out? This sucks! Why should some uninformed boob’s vote count as much as my vote wrapped in intelligence and insight counts? Whose stupid idea was this “one person, one vote” thing? Exactly what Plato and Aristotle want to know.

Over the succeeding years I have had many opportunities to tell this story to a classroom of students and to share my proposed solution. Voting should be considered as an earned privilege for eligible persons, not as a right. Citizens of an eligible age, if they choose to vote, should be required to pass an eligibility quiz at the polling place—say a 70% on questions based on current issues and events as well as testing for basic knowledge of how government works—before entering the booth.

Can you pass the US citizenship quiz?

My students, by the way, almost always think by a slight margin that this is a good idea. Those who don’t often raise questions like “who is going to construct the quiz?’ to which I reply “I will.”

But simply saying that everyone gets to vote regardless of race, gender, social status, wealth, or other difference-making qualities is not a sufficient expression of our belief in fundamental equality. Not even close. If we truly believe, in Thomas Jefferson’s memorable words, that “all persons are created equal and are endowed by their Creator with certain inalienable rights,” we dishonor that belief by thinking that everyone getting to vote covers the bases. 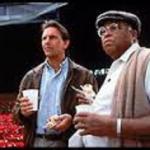