In a couple of weeks, we will be starting a unit in my General Ethics class called “Does ethics have anything do to with God?’. Although the question of how a good and powerful God—a “perfect” God, in other words—can allow the suffering, violence, and pain that human beings and other living things are subject to in our world is not a question that fits seamlessly on the syllabus of an ethics class, I know that the question will come up. It’s difficult to avoid the problem of evil in a classroom filled with students who have, or at least the majority have, been taught in church and parochial education that God is perfect. 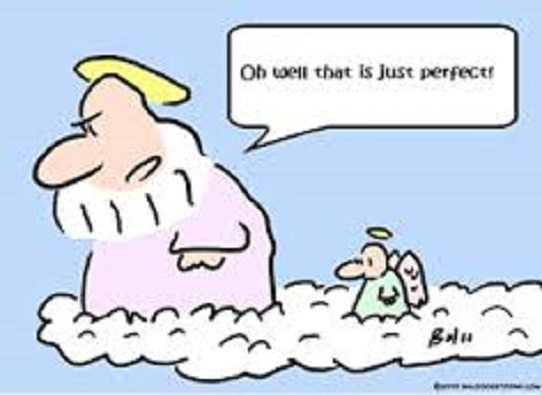 I’ve included the problem of evil in dozens of courses over the past twenty-five years and have come to the conclusion that it can’t be solved—as long as we insist that we know the characteristics of the divine. But what if our insistence on God’s perfection is misguided? What if, in other words, we need to consider a different personality description than the one we have traditionally been saddled with? Are there more plausible ways to think about God?

In a November 2012 contribution to “The Stone,” a recurring New York Times column focusing on philosophy, Israeli philosopher Yoram Hazony argues that there is a simple adjustment to the traditional, theistic conception of God as perfect that will solve the problem of evil. Stop thinking of God as perfect. Hazony cuts to the chase quickly in his brief column:

Philosophers have spent many centuries trying to get God’s supposed perfections to fit together in a coherent conception, and then trying to get that to fit with the Bible. By now it’s reasonably clear that this can’t be done . . . I’d start with this: Is it really necessary to say that God is a “perfect being,” or perfect at all, for that matter? As far as I can tell, the biblical authors avoid asserting any such thing. And with good reason.

Hazony goes on to argue that the whole idea of God as a Perfect Being comes much later to theism, when Christian thinkers tried to bring the biblical text in line with the Greek philosophical tradition, in which folks like Parmenides and Plato conceive of the divine as perfect. But this was a misguided project, since “you can’t perfect something by maximizing all its constituent principles simultaneously.” In other words, and as usual, it’s the philosophers’ fault.

I often frame the problem of evil as a series of claims that are logically incompatible:

Heroic philosophical and theological efforts have been made to solve the problem of evil; the most obvious (but for many, the most disturbing) tactic is to stop thinking of God as a bundle of perfections. What if God is not all-knowing, all-powerful, all good, or any of the above? Hazony suggests that we ask a prior question: Where did theists ever get the idea that God is perfect in the first place? A careful look at seminal biblical texts indicates that such a conception is not to be found there.

Consider, for instance, God’s revelation of the divine name to Moses from the burning bush in the book of Exodus. God says I am that I am, at least according to most English translations. That’s a name consistent with an immutable and perfect nature. But, Hazony points out, that translation comes from the Septuagint, a translation of the Hebrew text into Greek already showing the influence of Greek philosophy on translators and interpreters. The better translation from the Hebrew of the divine answer to “What is your name?” is I will be what I will be, an imperfect verb tense that indicates incompleteness, process, and change. Which would explain why the God of the Jewish scriptures seems so imperfect, human, arbitrary, and so unlike the perfect deity many of us were taught to believe in. The ancient Israelites did not believe in such a God.

So if the God of Exodus and the Hebrew scriptures is not a bundle of perfections, then what is he/she/it? Hazony suggests that this God is exactly what the various ancient texts, particularly the Psalms, point toward:

The God of Hebrew scripture is meant to be an embodiment of what is, of reality as we experience it . . . It is the hope that God is faithful and just that is the subject of ancient Israel’s faith: we hope that despite the frequently harsh reality of our daily experience, there is nonetheless a faithfulness and justice that rules in our world in the end.

God as a promise and a hope, rather than a perfect Being—that, obviously, would be a game changer. Hazony suggests that early Christian philosophers and theologians imposed Greek philosophical categories on theistic belief because they feared that an imperfect God would not attract many followers. Instead, theists have inherited a God spoken of in sweeping idealizations of perfection, a conception whose relationship to the world in which we actually live is impossible to imagine. Traditional theism is losing ground in many parts of our country and the world; as Hazony advises at the end of his column, “surely a more plausible conception of God couldn’t hurt.” 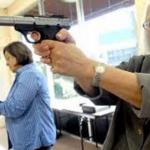 February 27, 2018
Why Teachers Should Not Be Armed
Next Post 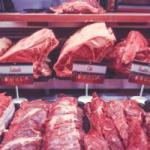 March 4, 2018 On Being Made of Meat
Recent Comments
2 Comments | Leave a Comment
"Your views and remarks are on the money in my opinion. The most puzzling thing ..."
Patrick Let’s Get Real: Absolutely Everthing is ..."
"How to improve this situation? To begin with, we'd need a real President..."
Michel Will We Be Able to Move ..."
"Many parents and teachers around here want real schools. Many children are falling through, unaccounted ..."
Guthrum Will We Be Able to Move ..."
"How would you know? I can list a host of them just from my own ..."
Vance Morgan Don’t Read the Constitution like Literalists ..."
Browse Our Archives
get the latest from
Freelance Christianity
Sign up for our newsletter
POPULAR AT PATHEOS Progressive Christian
1