God is in favor of same sex marriage because God placed a rainbow in the sky when the Genesis flood was over. QED. Me on Facebook

On the day before Independence Day I posted an appeal for a patriotic commitment to learning how to achieve disagreement on controversial issues.

I wrote that post a week earlier; little did I know that the very next day I would have the opportunity to work on this myself! I have often told anyone who would listen that the only reason I am on Facebook is that it provides an excellent vehicle for the dissemination of my blog (as do Twitter and, to a lesser extent, LinkedIn). But on the Saturday after writing about achieving disagreement I was having Facebook fun.

In the wake of two Supreme Court decisions in which the majority of the justices had the good sense to agree with my own beliefs, and with only three days remaining before the official beginning of sabbatical, I was feeling good. With a bit of time on my hands I started throwing some things out there for Facebook consumption. Here are a few:

For those who are inclined to quote (or misquote) the Bible to support their anti-same sex marriage position, one of my all-time favorite television scenes:

This one produced one of the most interesting Facebook conversations I have ever participated in on Facebook,

a conversation with a man I knew as a teenager during a year at Bible school more than four decades ago and with whom I connected on Facebook just a few months ago. Here is that unedited conversation.

I congratulated my friend on the birth of his latest grandchild a couple of days later when he posted the news on Facebook and we promised to continue the conversation soon. I’m looking forward to it. 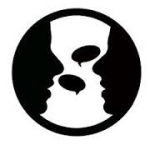 After our exchange, which spread over a couple of hours, was finished I thought “wow—maybe we just achieved disagreement!” It’s most unlikely that either one of us will nudge the other very far away from our very different frameworks of thought and belief relevant to same sex marriage, engagement with the divine, or what happens after we die. But it was a civil, even friendly, conversation between two people who significantly disagree on important issues because we began by finding some places where we agree. Imagine that.