Today is the First Sunday after the Epiphany (which was celebrated yesterday). I’m at a Benedictine Abbey on retreat this weekend, gearing up for what promises to be a challenging semester in a number of ways. Epiphany is a cool liturgical season, but it never grabbed me in the same way that, say, Advent does until I overheard a conversation on public transportation early one Sunday morning. I wrote about it a few years ago. 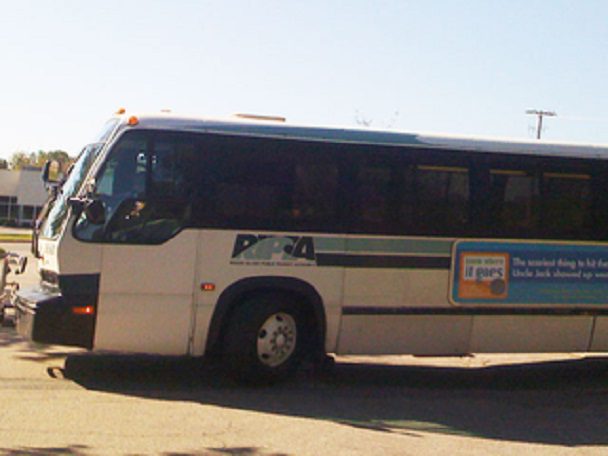 —“It’s the cold mornings that it’s the hardest. You want nothing more than to wake up in your own place, look out the window, make some coffee, and not have to go anywhere.”

–“They’ve given me 10 days. Who the hell can find a place to live in 10 days? The only place you can find in the winter in 10 days is an abandoned building.”

—“But I’ll live anywhere instead of going to a shelter. Some of the people in shelters are nasty. No matter how hard you try to mind your own business, somebody just has to get in your face and then it’s on.”

–“You’re telling me. A lot of those people never take showers, not that I blame them because the shelter bathrooms are disgusting. Animals wouldn’t want to use them.”

–“I sat too close to someone’s backpack one time and he kicked me.”

Not the sort of conversation I usually hear on a Sunday morning. But then I don’t usually ride the RIPTA #1 bus to church. “It’ll be fun,” I thought to myself; “It will be an adventure.” And it was. A few years ago, I wouldn’t have walked across the street to go to church, but here I was spending two hours riding buses, waiting for buses, and walking just to get to church, a trip that takes 10-15 minutes in a car. But Jeanne had the car in New Jersey and I felt like going to church. I spent a half hour on the RIPTA website the night before, eventually calculating that it is possible to get there from here, but just barely.

Eight-fifteen on a cold, January Sunday morning at Kennedy Plaza in downtown Providence. The local #50 bus just deposited me at the central RIPTA station. In a perfect world, the bus would have picked me up at my front door, the driver would have handed me a Dunkin’ Donuts medium decaf Toasted Almond regular as I boarded, and she would have dropped me off at Trinity Episcopal in 20 minutes. In the real world,  all bus lines go through Kennedy plaza.

With 25 minutes before the #1 bus arrives, I look inside the terminal. It is filled with at least 100 people of various sizes, shapes, ages and races. Most are dressed in some sort of winter garb, designer or makeshift—given the light Sunday bus service on all lines, I’ll bet half of them aren’t even waiting for a bus. This is the only warm place they can find this morning. A few muffled conversations are going on, and everyone is giving me the look. I decide it would be fun to freeze my ass off and check out what the Riverwalk a few blocks away is up to while I wait for the #1.

I’m followed onto the #1 bus by two gentlemen—early forties and late fifties, I’d guess—who  sit across the aisle and converse about trying to preserve a shred of dignity while being homeless. Neither of them “looks” homeless—it always shocks me how easily I fall into stereotypical thinking. But as I listen to them I am grateful for my good fortune and blessings and silently ask for a blessing on them. Please help our elected officials to figure something out. You are a God of love and justice and these men need a lot of both. Amen—and they get off the bus at Eddy and Thurbers, leaving me to travel the remaining ten minutes to Trinity in silence.

It is the season of Epiphany—“epiphany” means “to show forth.” This is the liturgical season during which we celebrate Jesus’s coming out party, first to the wise men, then at his baptism. The Old Testament readings are great. Psalm 29 tells us that “the voice of the LORD flashes forth flames of fire . . . the voice of the LORD causes the oaks to whirl, and strips the forest bare; and in his temple all say, ‘Glory!’” Now that’s what I’m talking about! That’s a God who can straighten things out and bring on justice like a flood. Enough with our puny human attempts! But Isaiah continues by saying something different about the one who is to come, the one who “will bring forth justice to the nations.”

He will not cry or lift up his voice, or make it heard in the street; a bruised reed he will not break, and a dimly burning wick he will not quench; he will faithfully bring forth justice.

Now I’m confused. How is someone so gentle that he won’t break a bruised reed or snuff out an almost spent candle going to bring about justice?

But then it dawns on me—a little epiphany, I suppose—that I encountered the bruised reeds and dimly burning wicks of my day and age this morning on the way to church. These are the people I read about in the paper and hear the talking heads screech about on MSNBC and Fox News, but with real faces, wearing real winter clothes, and living real histories. These guys really exist, not as units in a collection or a specimen from the social category labeled “homeless,” but as men, exactly like me, who were one day stamped with a special mark by affliction and misfortune.

But how to respond? I might begin just by paying attention. Simone Weil writes that “those who are unhappy have no need for anything but people capable of giving them their attention . . . The soul empties itself of all its own contents in order to receive into itself the being it is looking at, just as he is, in all his truth.” In other words, before I try to solve your problem, tell me your story. Justice for bruised reeds and almost-extinguished wicks must begin in peace, gentleness, and silent attentiveness. Various sorts of force have just about finished them off. Any more might be the end.

But who on earth could do this? Isaiah’s answer is disturbingly direct.

I am the LORD, I have called you in righteousness . . . I have given you as a covenant to the people, a light to the nations, to open the eyes that are blind, to bring out the prisoners from the dungeon, from the prison those who sit in darkness . . . See, the former things have come to pass, and new things I now declare; before they spring forth, I tell you of them.

Epiphany basks in the glorious light of the Incarnation, of the divine made flesh. And nowadays that’s me. That’s you. That’s us. Only from that very unpromising source will justice roll down like waters, and righteousness as a mighty stream. 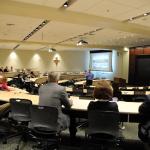 January 9, 2018 Six Flags Over Jesus
Recent Comments
2 Comments | Leave a Comment
"Well, the ballerina could reach down and pluck the oyster from the water and eat ..."
Aelxa Hill No One Owns God
"The oyster/ballerina loses is flair when I understand that I am not an oyster. I ..."
Nimblewill No One Owns God
"Seems like this has something to do with the way we are now battling over ..."
jekylldoc Ah Yes, I Remember It Well ..."
"Defining "flourishing" is not a useful exercise, but even so I have the feeling that ..."
jekylldoc What Kind of Person Do You ..."
Browse Our Archives
get the latest from
Freelance Christianity
Sign up for our newsletter
POPULAR AT PATHEOS Progressive Christian
1