Believing What I Think

Believing What I Think July 25, 2016 vancemorgan

Last week at the Republican National Convention, the Republicans nominated as their candidate for President of the United States a person so outside the norm, so iconoclastic in every way, that even the most experienced observers of American politics—insiders and outsiders alike—are scratching their heads. 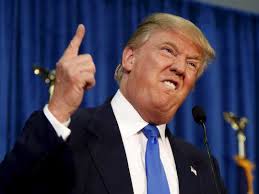 How did this happen? I suspect that it will take years for answers to fully develop, but there is one contributing factor that I have been hearing both through traditional and social media on a regular basis. Supporters of this candidate often say something along the lines of “He’s saying things that many of us have been thinking for years but have, for any number of reasons, not been able to say. He speaks for us.” Which raises the question—How much of what we believe to be true is simply a projection of what we want to be true? After all, as a bumper sticker I saw the other day insightfully pointed out, “You don’t have to believe everything you think.”

Fall classes begin in a few weeks and I have started planning my two sections of General Ethics in earnest. Over my twenty-five-plus years of teaching, ethics has always been my favorite course—because of administrative duties, then sabbatical, this will be the first time in five years that I have taught it. I chose several weeks ago to make the class as contemporary possible—with two exceptions, every assigned text was written within the past ten years. One of the exceptions will come early in the semester from one of my three or four favorite philosophers—Michel de Montaigne. 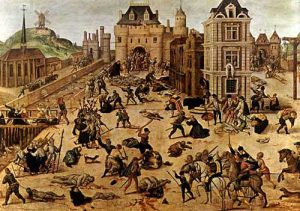 Montaigne lived in a polarized religious world that reminds me strongly of our current equally polarized political situation. Sixteenth-century France was not a pretty place—in the aftermath of the Protestant Reformation, Christians were killing each other with regularity and abandon, all in the name of Christ. Catholics and Protestants each were certain that they were right; energized by such certainty, each was willing to kill the other in the name of truth and right belief. When I heard delegates in Cleveland last week regularly chanting that the soon-to-be-official nominee of the other major political party should be locked up or worse, I thought of Montaigne’s constant efforts to convince his readers that certainty and unwarranted conviction can be deadly.

In the second week of classes, my students and I will be working on perhaps Montaigne’s most famous essay—“On Cannibals.” Reflecting on the visit to France of several Brazilians from cannibal tribes, Montaigne notes that just as cultured Europeans of his day were appalled by various Brazilian tribal practices, so the visitors were just as confused and appalled by certain European cultural norms.

Stepping back, Montaigne argues first that a stronger case for barbarism could be leveled against the Europeans than against the cannibals, then puts his finger on an issues that is remarkably relevant to our contemporary world.

Parochialism and attachment to what we think we know is not a problem exclusive to any particular set of beliefs or experiences. All of us, from conservative to progressive, from atheist to dedicated religious believer, assume that the way that we think is not only the epitome of common sense, but also the standard of reason well used. Yet as Adam Etinson, a contemporary commenter on Montaigne’s “On Cannibals” 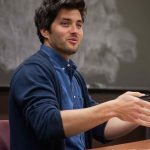 The most obvious answer is that adopting the thoughts and beliefs of one’s culture and family is easy, while critically challenging one’s default settings and perhaps even changing them is hard work. Cultural centrism is evidence of both our intellectual laziness and our fallibility—the ever-present possibility that our beliefs might be wrong. One effective way that I have found to bring the randomness of our deepest convictions to light is to simply ask my students the following: “How many of you think that you would be a very different person today if you had been born in rural Tibet instead of where you were actually born?” All hands go up. “Why?” Because, as everyone knows, we are shaped early and often by features of our existence—our society, family, location, social status—that we do not choose. 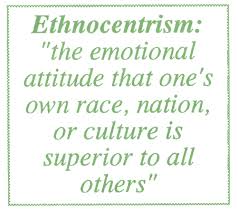 Of all the things I deeply believe, those that I have come to through challenging preconceptions and previously unchallenged assumptions are the ones that are now most definitive of who I am. All of us should regularly reexamine our beliefs and practices, become alert to weaknesses and inconsistencies in our own thinking, discover something plausible in another’s point of view and in so doing, become better than the parochial and myopic creatures that we naturally are. After all, none of us needs to believe everything that we think.

July 27, 2016 The Sausage Sisters
Recent Comments
2 Comments | Leave a Comment
Browse Our Archives
get the latest from
Freelance Christianity
Sign up for our newsletter
POPULAR AT PATHEOS Progressive Christian
1