By the Light of the Moon: Thoughts on Reflective Faith

By the Light of the Moon: Thoughts on Reflective Faith February 21, 2021 vancemorgan

Shortly before the 2013 conclave that would elect him as Pope Francis I, then Cardinal Jorge Mario Bergoglio urged his fellow cardinals to remember that Christians should live by the light of the moon rather than of the sun. Followers of Christ should reflect the source of light rather than acting as if they are the source. With regard to the hierarchy of the religious structure he would soon be elected to lead, he said that the Church exists to reflect Christ—as soon as it believes it is itself the light, disaster occurs and the Church becomes an idol.

Francis’ insight reminds me of a distinction that Barbara Brown Taylor makes between two types of spirituality in her 2014 book Learning to Walk in the Dark. “Full solar spirituality,” she writes,

focuses on staying in the light of God around the clock, both absorbing and reflecting the sunny side of faith. You can usually recognize a full solar church by its emphasis on the benefits of faith, which include a sure sense of God’s presence, certainty of belief, divine guidance in all things, and reliable answers to prayer.

Brown contrasts this with “lunar spirituality,” in which “the divine light . . . waxes and wanes with the season.” For those gifted with lunar spirituality, the life of faith is not the same from day to day—there are times of light and times of darkness. 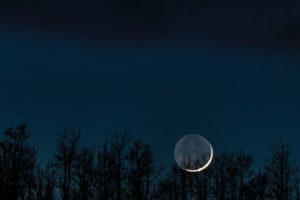 By nature, I am more lunar than solar, attracted in Greek mythology to the reflected light of Artemis and the moon rather than the solar splendor of her twin brother Apollo. Tolkien’s lunar elven queen Galadriel is my favorite character in The Lord of the Rings. But Taylor’s categories are about far more than personality types, and Pope Francis’ distinction between the sun and the moon in understanding the Church has deep implications for the life of faith. Almost every important belief and activity in the spiritual realm looks different when viewed from a lunar rather than a solar perspective.

Consider prayer, for instance. Even after writing a book on prayer two or three years ago, I still find prayer to be a mystery. I know a lot more about what prayer is not than about what it might be but, as every student in Philosophy 101 learns, it is logically impossible to define anything by simply making a list of what that thing is not.

I grew up in a fully solar religious world where, as Barbara Brown Taylor describes, prayers were offered positively, consistently, loudly, and in expectation of regular and reliable answers. We loved hearing and talking about stories of answered prayer from scripture and our own experience, celebrating the many ways in which God responded to our prayers. The measure of a prayer’s effectiveness was whether it was answered. Midweek prayer services were filled with testimonies of “what the Lord has done for me” during the past week. The fact that our fervent prayers often went unanswered and the presence of the Divine was often undetectable didn’t matter—we were urged to live out a religious version of “fake it ‘til you make it” because, after all, how can you not be happy when God is on your side?

Prayer according to the solar model is energized by the person doing the praying. We called people who appeared to be particularly successful at attracting God’s attention “prayer warriors,” an unfortunate turn of phrase because from it I learned early on that the spiritual life is a struggle, involving warfare and all of the characteristics that define a good soldier. A prayer warrior, it seemed to me, was someone who could pray for longer periods of time and more loudly than others, but one earned this title only if a few, or even one, of one’s prayers had identifiably been answered at some point.

The solar model of prayer is transactional. I’ll do this for you and you do this for me. This conception of a prayer-answering God has a solid pedigree—the Bible contains many passages in which God clearly invites the believer to ask for things, to express her heart’s desire, to “call upon Me and I will answer you.” But there comes a time in the life of any person of faith when the silence from the other end of the transaction becomes deafening.

I’m reminded of Ruby Turpin in Flannery O’Connor’s short story “Revelation” who, when her expectations concerning God have been disappointed one too many times, shakes her fist at the sky and shouts: “WHO DO YOU THINK YOU ARE?” It’s a place that everyone who believes in the goodness of God will eventually arrive. And it’s all a matter of disappointed expectations. If God is God, why is this happening? If I can’t depend on God to be there when expected, to set things right when I don’t approve of them, to punish the wicked and reward the just, what’s the point of believing? What’s the difference between a God who cannot be detected, understood, explained, or relied upon and no God at all?

This is where I believe thinking about prayer as lunar rather than solar is helpful. A useful question to ask is: “What if prayer is something that you are rather than something that you do?” In the solar model, prayer is an activity, generated by the person praying in hopes that the activity is being done with the energy and content that the Divine approves of. But as Pope Francis told his fellow cardinals, it is a mistake in the life of faith to consider oneself as the energy source.

If prayer is lunar rather than solar, then everything changes. Prayer becomes a matter of reflecting the divine light into the world in whatever way that light is shining on you and in you at the time. It is not up to me to generate the light; rather, it is up to me to reflect divine reality in ways that are unique to me and represent the seasons and cycles of my life. This is the only way that I can make sense of Paul’s directive in First Thessalonians to “pray without ceasing.” No one can pray all of the time, but each of us can become a prayer as we continue to become the persons that God intends us to be. Prayer becomes a matter of becoming a certain sort of person, rather than becoming better and better at doing certain kinds of things.

It is not up to us to draw God’s attention through perfected prayer-performance art—God is already here. Rather, we are to reflect the light of the Divine uniquely as incarnated beings who bear that light within us. Becoming a prayer is undoubtedly a lifelong process, but there is no better place to start than with the advice Paul provides to the church at Philippi. “Finally, whatever things are true . . . honest . . . just . . . pure . . . lovely . . . of good report. If there is any virtue, if there is any praise, think on these things.” As we reflect on these things, we begin to reflect them as we become mirrors of the divine light. We begin to be a prayer. 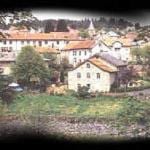 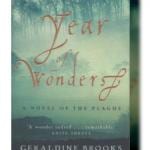