Call Her “Doctor”–She’s Earned It (and so have I)

According to the gospel accounts, Jesus had little regard for traditional honorifics, titles, or the ways in which we construct human pecking orders. He criticized the Pharisees for their concern about externals rather than the heart, promised that in the kingdom of heaven “the last shall be first,” and criticized his disciples as they jockeyed for position in his inner circle and competed in order to establish who was Jesus’ favorite. I get all that. But over the past week, amidst all of the controversy and outrage related to the Ford/ Kavanaugh hearing and its aftermath, something poked at one of my sensitive spots, a spot that I had not paid conscious attention to in more than twenty-five years. It strikes at the heart of my identity—bear with me. 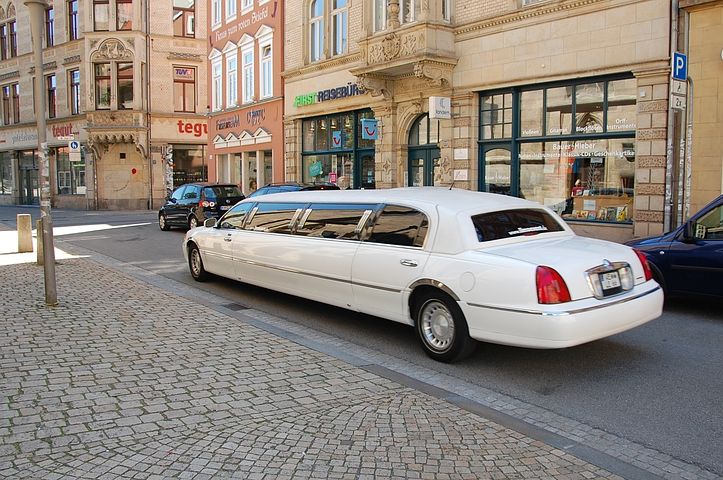 Early on a beautiful Sunday morning in May 1991, a white, stretch limousine pulled up in front of our Milwaukee duplex where we had lived for almost three years. “I wonder who that’s for,” I thought—until I remembered what day it was. It was the morning of Marquette University’s Graduate School Commencement exercises; my Ph.D. in Philosophy would be conferred at that ceremony. The limo in front, thanks to the generosity of my lovely wife Jeanne, was there for me. She had rented the limo for the day to usher the two of us, the boys, and the extended family gathered for the big event downtown to the graduation venue, then to pictures taken on the shore of Lake Michigan, then back to our apartment for a celebration attended, among dozens of other guests, by five or six of my professors.

Jeanne had met my sons and me three and a half years earlier at my parents’ place in Wyoming; when we met, I had my Master’s degree in hand and was narrowing down the list of doctoral programs to which I would apply. Less than a year after we met, the four of us set up shop for the first time as an official “blended family” in Milwaukee as I began my doctoral studies at Marquette. Over the next three academic years I regularly told my sons that once I earned my Ph.D., they would forever after be required to refer to me as “Dr. Dad.” I planned to get a vanity Wisconsin license plate that said DRDAD. At the post-commencement party my father, an honorary Doctor of Theology, my emergency room surgeon brother, and I took great delight in referring to each other as “Doctor” into the wee hours of the next morning.

My sons, of course, never called me “Doctor Dad,” the license plate never was ordered, and over the years I have found that the title “Doctor” paled in comparison to the privilege and joy of being a college professor. My students call me “professor” more often than “Doctor,” and I prefer it that way. I’ve always thought that persons who need to call themselves “Dr. So-and-so,” “Professor So-and-so,” or—even worse—“So-and-so, Ph.D.” in public or on social media are either pretentious or insecure, probably both. My diplomas are displayed on my office walls, but neither my checks nor credit cards say “Dr.” before my name. My guess is that most of my many friends and colleagues on campus have similar attitudes about their Ph.D.s—it’s part of who we are, not something that it is necessary to actively announce or promote.

Then I found out the other day on Twitter (yeah, I’m there on occasion), in the context of the Ford/Cavanaugh hearing, that NPR was not calling Dr. Ford “Doctor Ford” in its reporting on the hearing and its aftermath. Christine Blasey Ford has an earned Ph.D. in Educational Psychology from USC and is a professor and research psychologist at Palo Alto University as well as a member of the Stanford University PsyD Consortium. She has earned the right to be called “Doctor,” in other words.

After receiving a lot of questions and a great deal of push back, NPR explained its policy in various venues, including an article titled “NPR Doesn’t Confer “Dr.” on Ph.D.’s. Here’s Why.”

The author of the article reports that

Longstanding NPR policy is to reserve the title of “Dr.” for an individual who holds a doctor of dental surgery, medicine, optometry, osteopathic medicine, podiatric medicine or veterinary medicine. That excludes those with other types of doctoral degrees. As NPR’s standards editor Mark Memmott told me, “the idea is that for most listeners a ‘Dr.’ practices medicine” . . . the “Dr.” policy, it exists to provide clarity, which is what a newsroom should strive for.

Dozens of comments followed the article, including:

No one listens to more NPR than I do, but you are dead wrong about this one. I am a PhD, my brother is an MD, and we spent just about exactly the same amount of time in higher education earning the right to be called Doctor.

Why does this matter? Maybe, in the larger scheme of things, it doesn’t matter at all. But I’ve noticed over the past couple of years that, when I am in a general discussion of just about anything on Facebook or Twitter, there is nothing more guaranteed to attract dismissive comments and condescending attitudes than revealing that I am a college professor (I don’t even need to mention my Ph.D.). I never thought I’d see the day when the value of one’s opinion is in inverse proportion to one’s education. I never thought I’d see the fulfillment of something Isaac Asimov said in a Newsweek interview in the 1980s:

The strain of anti-intellectualism has been a constant thread winding its way through our political and cultural life, nurtured by the false notion that democracy means that “my ignorance is just as good as your knowledge.”

But here we are. My thanks if you have made it to the end of this rant—more to come soon on the value of ignorance. But for today, here’s my final word to NPR:

I am a monthly supporter of your fine programming; the least you can do is call Christine Blasey Ford, as well as the millions of other American citizens with Ph.D.’s, “Doctor.” We’ve earned it.