There is a big difference between “Christendom” (an institution) and “Christianity” (a way of life)–it is a difference that persons of Christian faith should always keep in mind. 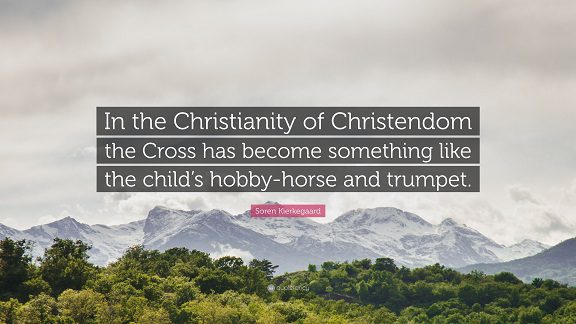 I’ve spent my entire professional career as a philosophy professor teaching in Catholic institutions of higher education. Since I’ve always been straightforward with those interviewing me, my colleagues, and my students that I am not Catholic, I’ve never been accused of being a “Catholic philosopher” (although many of my colleagues wear that description as a badge of honor). I used to struggle, however, with whether I am a “Christian philosopher.” Somewhere along the line in my early years of being a professor I became defensive when talking with others about this. I regularly would say that “I’m not a Christian philosopher. I’m a philosopher who happens to be a Christian,” as if I freely chose to become a philosopher but was saddled with being a Christian in the same way I was saddled with curly hair, blue eyes, and bad teeth.

More than twenty-five years ago, Jeanne and I went to visit Forrest and Nancy, a couple who had been very important in my life before Jeanne and I met. In the seven or eight years since I had last seen this couple, a number of big things had happened in my life, including a divorce, a bitter custody battle, a remarriage, and completing my PhD in philosophy. In the middle of one conversation, Nancy asked me a question that has stayed with me ever since: “How can you be a Christian and a philosopher?” The question was sincere, without a hint of challenge or judgment. She simply wanted to know. Nancy admittedly knew little about philosophy, but she’d at least heard that philosophy is the art of questioning, of asking better and better questions about the biggest possible issues.

The problem, as she saw it, was that for a Christian, most if not all of these questions are already answered. Why, if as a Christian I know all of the answers to these questions, would I spend my professional life continuing to ask them and inspiring others to do the same? Why not just introduce everyone to the truth? Nancy’s question returned me to my youth, to bumper stickers on cars in the church parking lot that read “God said it, I believe it, That settles it,” to sensing from those around me that I thought too much, that I asked too many questions, that I was too smart for my own good and too big for my britches. What I needed to do was simply believe and shut up. It would make my life, and that of those around me, a lot easier.

As I have processed Nancy’s question over time, I’ve came to realize that the joy and fulfillment I find in life of the mind, of academia, and of open-ended questioning is partially, at least a teeny bit, the working out of a rebellious “up yours” to everyone who sought to fit me for their straitjacket. Philosophy on the one hand, as a life-defining activity, is who I am, and I even get paid for doing it. Being a Christian, on the other hand, is something I was born into. It was part of the atmosphere I breathed from birth. My family and community were Christian, the first words I learned were Christian, the first songs I sang were Christian. One doesn’t just walk away from that or shed it as a snake sheds its skin. I’ve never really believed someone who smugly with an air of superiority says something like “I was raised in (fill in the blank religion), but now I know better and I’m an atheist.” If you were really raised in a religious tradition that seeped into your bones and psyche before you even became fully conscious and self-aware, then that influence does not end by flipping an intellectual switch. So I’m a philosopher who happens to be a Christian.

Along the way, a philosopher friend reminded me of a distinction that Kierkegaard makes between “Christendom” and “Christianity.” Christendom, on the one hand, is an institution, a top-down hierarchy, the various rules, prescribed actions, and rituals that human beings have constructed to limit and control human behavior and various dangerous elements of Christ’s message. This is what Simone Weil called “the Great Beast,” the powerful collective which attempts to control human freedom and choice in the name of God. For better or for worse, I was born into one specific, very powerful version of Christendom. Christianity for Kierkegaard, on the other hand, is a radical, individual commitment to following Christ at all costs, a commitment to the law of freedom and love so challenging and frightening that it shows Christendom to be a timid and safe mockery of faith.

When it’s put that way, I realize that I can be a Christian philosopher—the two could very well go perfectly hand in hand. Working this possibility out in real time has been the focus of this blog for the past five years, as well as the central theme of (shameless plug) my recently published book (check out the “Publications” tab at the top of the page!). A few weeks ago, a person in media and promotions at my college taped a 10-15 minute interview with me about the book; she sent me the edited and distilled two-minute version last week. During the interview she asked me the million dollar question: “How can you be a philosopher and a Christian?” Here’s what I said in response:

Intellect challenges faith with questions, with doubt, while faith provides a framework within which you can be free and fearless to ask those questions. Faith provides a certain amount of security that lets you be fearless, because you know that the answers are there, even if you might never fully know what they are.

I don’t actually remember saying that, but I like it! It is the brief version of where I am after a number of years of consciously grappling with how to get my intellect and my faith to talk to and cohabit with each other fruitfully. It is possible to be a philosopher and a Christian after all. 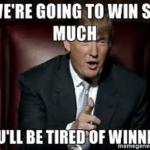 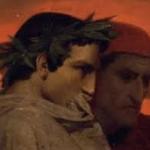 August 24, 2017 The Point of a Professor
Recent Comments
6 Comments | Leave a Comment
"i think jesus was talking about the actual end of the world when he said ..."
crackerMF Jesus’ Advice Concerning the Coronavirus: Don’t ..."
"Be afraid. Be very afraid. https://uploads.disquscdn.c..."
Robert Conner Jesus’ Advice Concerning the Coronavirus: Don’t ..."
"The book is When Bad Things Happen to Good People by Kushner. Your article quotes ..."
Castilliano Visions of (the) Rapture Now Burst ..."
"Love the flowchart. I couldn't find a book entitled Why Do Bad Things Happen to ..."
Illithid Visions of (the) Rapture Now Burst ..."
Browse Our Archives
Follow Us!