Deflategate and the Nazis

Exactly three years ago, on the morning of Super Bowl 49, I wrote a blog post connecting the emerging “Deflategate” scandal involving the New England Patriots, who would win their fourth Super Bowl that evening, to various issues arising in a course I was teaching called “Grace, Truth, and Freedom in the Nazi Era.” Three days from now, my beloved Patriots will compete for their sixth Super Bowl victory (SB 52) as they defend their fifth championship earned last year (SB 51). Sometimes sports and real life intersect, so return with me to my reflections about how to connect deflated footballs, the worst that human beings can be, and taking responsibility for ourselves. 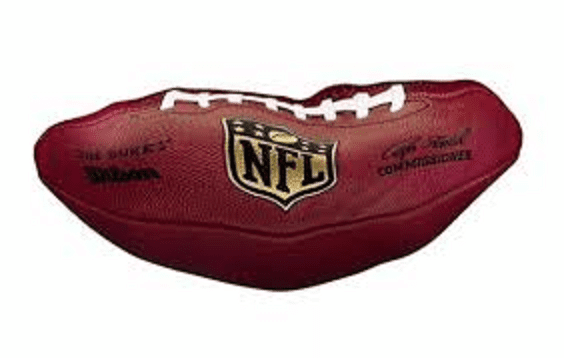 As I write this on the morning of this evening’s Patriots-Seahawks Super Bowl, I am unfortunately thinking about deflated balls. The other day Jerry Rice, an NFL Hall of Famer and wearer of several Super Bowl rings, said that if the New England Patriots win Super Bowl XLIX (that’s “49” for the Roman numeral challenged) there should be an asterisk next to their win in the record books. Why? Because of “Deflategate,” the tizzy arising from the possibility that someone on the Patriots reduced the ball pressure in the footballs they used during their 45-7 dismantling of the Indianapolis Colts two weeks ago in the AFC Championship game.I’m a New England sports fan and am anything but objective, so I won’t weigh in on the controversy other than to say that I doubt footballs deflated 1.5 pounds psi can fully account for a thirty-five point win. My favorite of the thousands of media comments on the tempest in a tea pot came from “Wait, Wait, Don’t Tell Me” on NPR, when Peter Sagal asked “What made people suspect that the football was underinflated? Probably when after scoring a touchdown, instead of spiking the ball, one of the Patriots just folded the ball up and put it in his pocket.”

In the world of sports, asterisks are placed next to team and individual records that are suspect for some reason or another. Such as Barry Bonds’ single season and career home run chemically enhanced records. Like the record-breaking home run numbers put up by Mark McGwire and Sammy Sosa in 1998, a steroid-pumped contest that is largely credited with re-energizing interest in baseball. The 1919 World Series. An asterisk is affixed in order to draw our attention to the fact that things aren’t as they seem, that someone did something out of the ordinary that makes the numbers suspect. An asterisk means that things are not as they seem on the surface. But as a matter of fact, nothing is as it ever seems on the surface. The students in my “Grace, Truth and Freedom in the Nazi Era” colloquium are finding out during the early weeks of the semester that this applies even to those persons we think we know everything about that we need to know. People like Adolf Hitler.

Roughly the first half of the Development of Western Civilization colloquium I am team-teaching with a colleague and good friend from the history department is dedicated to immersing thirty-seven sophomores in the world of the Nazis, from their rise to power in the years after World War One through the devastation of World War Two and the horrors of the Holocaust. My colleague and I premiered this colloquium last spring and are back by popular demand—both times we have offered the course it has been the most requested colloquium of the twenty-five offered, with less than a quarter of the students seeking to get in actually making it onto the student roster. When another colleague asked me about the popularity of “Nazi Civ,” as the students came to call it last year, I replied that apart from the obvious spectacular reputation for teaching excellence established over the years by my teaching partner Ray and me, the real reason for the colloquium’s success is that you can’t go wrong with the Nazis. Any course with “Nazi” in the title will immediately sell out. Nazi accounting, Nazi calculus, Nazi social work, Nazi basket-weaving—there’s just something about those Nazis.

I’m convinced that the “something” about the Nazis that makes them a guaranteed pedagogical draw is that here we are dealing with something that everyone can agree on. The Nazis were evil monsters, diabolical aberrations in apparently human form. We can all feel comfortable in despising the Nazis in the same way we could all comfortably despise flesh-eating twelve-foot green aliens from Mars—they aren’t like us. The Nazis are, as the philosophers might say, in a different ontological category than regular human beings. By considering the Nazis as evil monsters, we are able to dismiss them as horrific invaders from Planet Awful who tragically and inexplicably took control of a highly cultured and civilized nation and almost ruined human history. It’s like watching a slow motion train wreck—it’s terrible and destructive, but we can’t get enough of it. Put it on YouTube and you’ll get several million hits. There is, so to speak, a huge asterisk in our imaginations next to “Nazi”—they weren’t really like us. And it is this asterisk that my colleague Ray and I seek to start peeling away on the very first day of class.

We started with Patrick Hicks’ devastating novel The Commandant of Lubizec, a work of “documentary fiction” based on the real-life Nazi extermination camps Bełżec, Treblinka and Sobibór. The Commandant is Hans-Peter Guth, who by day administrates the murder and disposal of over fifteen hundred Jews per day, returning home in the evening to his wife and two children with whom, by all accounts, he has a strong and deep relationship. Last week’s readings focused on Adolf Hitler’s childhood and early adulthood. The product of an emotionally and physically abusive upbringing, Hitler served as a messenger in the trenches during World War One, recognized twice for bravery. An aspiring artist and architect, he was refused entrance to a prestigious Vienna art and architecture school twice in the years after the end of the war.

The various articles we read offered the above facts not as an excuse, but rather as at least partial explanation for the man Hitler became. My students found this information both important and challenging, recognizing that abuse and rejection are part of the human experience and often shape both one’s history and future. While all insisted that this information did not excuse Hitler’s actions in the least, it did something even more problematic—it humanized Hitler. As one of my students wrote perceptively in her intellectual notebook, “I learned that Hitler was not a monster, but rather was a human being who did monstrous things.” With this realization, it becomes much more difficult to put an asterisk next to Hitler—he is one of us. It also becomes much more difficult to avoid the question “could I do such things in similar circumstances with a similar history?” It is an important insight to realize that, as Albert Camus wrote, “The plague is in each of us.” It is also uncomfortable and disturbing.

At the other end of the behavior spectrum we also tend to place an asterisk next to human beings who we wish to set aside as special in a positive, saintly sort of way. Mother Teresa, Gandhi, Dr. King, Jesus—they all receive the saint asterisk both to honor their excellence as well as to excuse us mere mortals from the moral challenge of striving to be like them. The temptation to excuse ourselves from moral excellence is particularly strong when reading the gospels. In her essay “The Book of Luke,” Annie Dillard reflects on just how challenging it is to find out that the disciples and early Christians were just like we are—no haloes and imperfect to the core.

What a pity, that so hard on the heels of Christ come the Christians. . . . What a pity, that here come the Christians already, flawed to the core, full of wild ideas and hurried self-importance. . . . They are smug and busy, just like us, and who could believe in them? They are not innocent, they are not shepherds and fishermen in rustic period costume, they are men and women just like us, in polyester. Who could believe salvation is for these rogues? That God is for these rogues? For they are just like us.

Unless Christ’s washing the disciples’ feet, their dirty toes, means what it could, possibly, mean: that it is all right to be human. That God knows we are human, and full of evil, all of us, and we are his people anyway, and the sheep of his pasture. . . . Unless those pure disciples themselves and those watercolor women—who so disconcertingly turned into The Christians overnight—were complex and selfish humans also, who lived in the material world, and whose errors and evils were not pretty but ugly, and had real consequences. If they were just like us, then Christ’s words to them are addressed to us, in full and merciful knowledge—and we are lost. There is no place to hide.

In the end, either we all are asterisks in our uniqueness or there are no asterisks in our common humanity. We are each formed by our histories, shaped by our limitations, inspired by our possibilities, and responsible for who we are and what we become. And Annie is right—there is no place to hide. Especially from ourselves. 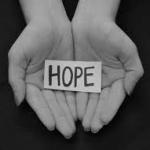 Preaching Out Loud: Why Everyone's Talking...
Irreverin
Books by This Author Books by Vance G. Morgan