But understand this, that in the last days terrible times will come. For people will be lovers of self, lovers of money, proud, arrogant, abusive, disobedient to their parents, ungrateful, unholy, heartless, unappeasable, slanderous, without self-control, brutal, not loving good, treacherous, reckless, swollen with conceit, 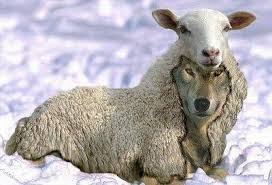 lovers of pleasure rather than lovers of God, having the appearance of godliness, but denying its power. Avoid such people. II Timothy 3:1-5

The other day as I listened to NPR as is my custom when in the car, someone mentioned that although Ted Cruz seems to have the approval of most evangelicals in Iowa, Donald Trump does well nationally among conservative evangelical Christians. It’s probably not right for someone who claims to be a Christian to have a “What The Fuck!!” moment, but I did. I’ve expressed my confusion before over how someone professing to be a Christian can sign on to the political platform of the Republican Party,

The Return of Republican Jesus

but that confusion pales in comparison to my complete failure to understand how evangelical Christians can support Donald Trump. Rather than ask my numerous liberal friends and social media acquaintances, who would be as clueless as I am about this phenomenon, 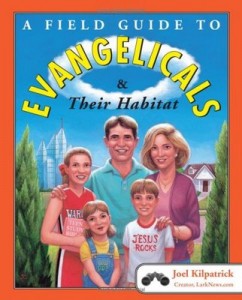 I decided to go to the source. I gave some evangelical Christians the opportunity to explain this to me.

This was a bit trickier to do than it might sound—where is a liberal Episcopalian, freelance Christian who is off the charts liberal on social issues and most everything else going to find some evangelical Christians willing to talk with a reprobate such as I? Although I do not call myself an evangelical Christian, I understand the mindset and commitments of evangelicals very well—it is the faith atmosphere into which I was born and in which I was raised. My father, a Baptist minister, was the founder and President of a small evangelical Bible school in northern New England during my growing up years; I spent a year there between graduating from high school and going across the country to begin my college education.

My dad’s Bible school closed its doors a half-dozen or so years after my year there; I was interested to discover a Facebook page a year or so ago for former students to reconnect and reminisce. Several of the people who were fellow students with me over forty years ago are members of this site—it has become clear to me as I drop in on occasion that although I have evolved away from conservative evangelical Christianity over the past few decades, many of my former fellow students have not. 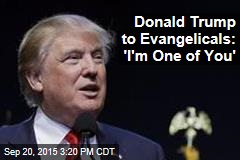 So when I wanted to run my Donald Trump question past some evangelicals, I knew where to go. I went to the Facebook site and posted this question:

Could someone explain to me why so many evangelical Christians like Donald Trump?

Here are a few of the exchanges that ensued, lightly edited for space purposes:

Conversation One was not very fruitful:

He didn’t. Conversation Two at least appeared to engage with my question:

Conversation Three was the most fruitful and most worrisome:

In addition to agreeing with my Conversation Three partner that it always surprises me when others don’t share my views, my main takeaway is to note that my conversants said virtually nothing about Christianity, evangelical or otherwise. The reasoning provided could have been given by a conservative agnostic.

Which means that I remain confused. One of the fundamental commitments of evangelical Christianity is to bring one’s Christian faith “into all the world”—a Kim Davis-like insertion of one’s religious beliefs into secular society. Those who responded to my Facebook question instead relied on their conservative political leanings with nary a mention of how any of this squares with their being an evangelical Christian. I just don’t get it—my own social and political commitments are largely shaped by my faith commitments. As I frequently say, I am a liberal because I am a Christian. And I am still waiting for a Christian to show me how their faith meshes with their conservative agenda. Or with supporting Donald Trump, who sounds a lot like the sort of person Paul tells us to avoid in Second Timothy.

There was one person, though—my Conversation Four partner—who was clearly interested in voting for the best Christian among those running for President.

January 8, 2016
Losing is not as much fun as Winning
Next Post

January 13, 2016 Fake It 'Til You Make It
Recent Comments
7 Comments | Leave a Comment
Browse Our Archives
get the latest from
Freelance Christianity
Sign up for our newsletter
POPULAR AT PATHEOS Progressive Christian
1