Donald Trump, Roger Stone, and the Difference Between Pardoning and Forgiving

Donald Trump, Roger Stone, and the Difference Between Pardoning and Forgiving July 16, 2020 vancemorgan

With Donald Trump’s commutation of Roger Stone’s prison sentence last week, we are reminded once again that this President uses executive power differently than other Presidents have, differently than the framers of the Constitution arguably intended. In the Stone case, the President commuted the sentence of a man convicted and sentenced for lying under oath to protect the very President who commuted his sentence. The President’s clemency power is supposed to exist solely to protect the national interest. In The Federalist, Alexander Hamilton wrote that it is better to give this power to the President — “a single man of prudence and good sense” — than to a legislative body like Congress. I doubt that Hamilton imagined, even in his wildest dreams, that 240 years down the line a President as far removed from prudence and good sense as night is from day would be wielding this power exclusively to reward and protect his political cronies and friends.

The politics of Presidential pardons are complex and divisive, especially during the present administration. Donald Trump is certainly not the first President to abuse his pardoning power (see Bill Clinton and George H. W. Bush, for instance), but Trump has raised this abuse to a new level. But what intrigues me is the nature of pardoning itself, as well as its relationship to power and forgiveness. A brief discussion of the relationship of pardoning and power occurs in one of the many memorable scenes from Stephen Spielberg’s 1993 masterpiece Schindler’s List.

When Goeth practices his gesture of pardon in the mirror, is he actually seeking to pardon himself? In Goeth’s imagination (and, I would add, in Donald Trump’s), a pardon is not an expression of benevolence or mercy. It rather is an expression of power—“I am so powerful that I can even step outside the boundaries of justice, real or imagined.” Pardoning as an expression of power needs pay no attention to whether the person pardoned is guilty or innocent, although the norm in our American system is for there to be an application procedure and careful review before a pardon is granted. Donald Trump has ignored these procedures, largely because in his estimation the President’s power to pardon is unlimited and absolute. As with Goeth, for Trump the overall appeal of pardoning undoubtedly is the power it displays, not benevolence or mercy.

What often is missed in the swirl of discussions about pardons is what a pardon does not do. Pardoning does not imply that the person pardoned is innocent. It does not expunge the record. Pardoning saves the person pardoned from further penalties, but does not state that the person pardoned was wrongly accused or convicted. Gerald Ford pardoned Richard Nixon, not because he believed Nixon was innocent of what he was accused of, but because Ford believed the country’s “long nightmare” could not end unless the Nixon situation, for all intents and purposes, was ended. Whether a President has the power to pardon him or herself is one issue—but even claiming that he has the absolute power to do so if he so chooses is the preemptive claim of a person who either knows he’s guilty of something or is at least afraid that he is.

To truly forgive is something that often seems beyond the scope of human capacity; I would go so far as to say that to pardon is human, but to forgive is divine. And most of us have experienced true forgiveness, often unexpected and always undeserved. I can think of no better evidence for the notion that human beings contain a spark of the divine than that. 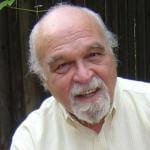 July 19, 2020 How is Your Optimism Doing These Days?
Recent Comments
0 | Leave a Comment
Browse Our Archives
get the latest from
Freelance Christianity
Sign up for our newsletter
POPULAR AT PATHEOS Progressive Christian
1