Don’t Put Jesus Back in the Tomb

During his Easter Sunday homily last year, my friend Mitch—the rector of the Episcopal church I attend—told the story of Gladys, a life-long pillar of her Congregational church, one of only three churches within a seventy-mile radius in her area of the rural Midwest; the other two were Lutheran and Roman Catholic. One fateful Easter morning, Gladys arrived with her three children in tow, ready for Easter festivities. The homily was given by young man who, according to Gladys, was “too smart for his own good.” The elements the sermon wove together included spring, new life, and baby rabbits, but nary a word was said about Jesus or the resurrection. That was Gladys’ last time at the Congregational church; starting the next Sunday she and her family joined forces with the Lutherans down the road, a church where, according to Gladys, “they at least knew how to get Jesus out of the tomb!” 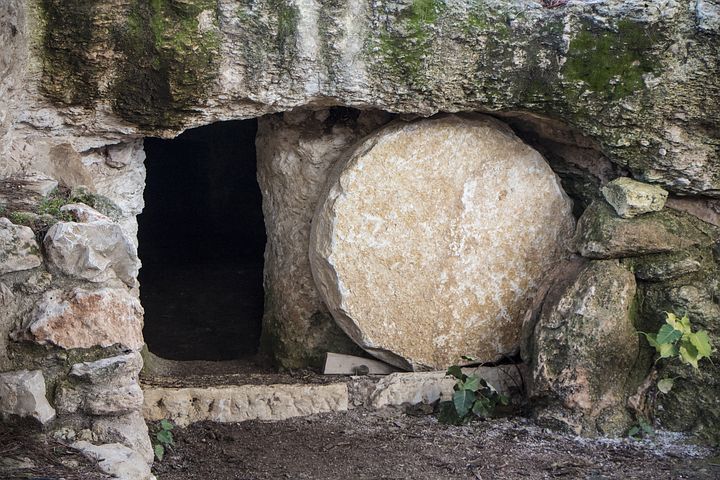 So how do we who profess the Christian faith get Jesus out of the tomb and keep him out, two millennia after the supposed historical event that was celebrated last Sunday? Because after all, Gladys’ complaints about the Congregational preacher notwithstanding, Easter is about more than the fact that Jesus supposedly walked out of the tomb he had been in for three days. It is about transformation, new life, and how to live that new life on a daily basis. It’s an affirmation of God’s love for humanity, a statement that all are invited into relationship with the divine.

I came across a CNN interview with Barbara Brown Taylor the morning after Easter that got me to thinking about this, as well as to considering the various ways that Christians manage to stuff Jesus back into the grave.

Taylor is one of my favorite writers on religion and spiritual matters; as she describes in the interview, one of the undoubted reasons that her books regularly hit the top of the New York Times best seller list, and that she is a speaker in great demand, is that she regularly “says things that you aren’t supposed to say,” including the dark side of faith, leaving the Episcopal priesthood because of a faith crisis, and in her most recent book, Holy Envy, what every person of faith can and should learn from religious traditions other than her or his own.

Writing and speaking about such questions and topics have, not surprisingly, attracted both high praise and severe criticism. As the interview reports, the sharpest criticism has, sadly but not surprisingly, come from a certain type of Christian, people Taylor calls “true believers.”

“True believers are among the meanest people I’ve ever met,” she says, stretching out her legs in a cozy living room filled with books on poetry, religious icons and a photo of her posing with Oprah. “I cannot think of anybody of another faith who has wounded me like Christians,” she says. “Judged, condemned to hell, cast out of the body of the faithful — look me up online.”

I’m sad to say that, in my own small way, I know what Barbara Brown Taylor is talking about. I find myself in communication with people of faith and people of no faith on a regular basis, on my blog as it is shared through Patheos and various social media outlets. “True believers” are indeed mean people; strangely, they regularly justify their meanness with their faith.

For instance, my Good Friday blog post focused on Jesus’ crucifixion (big surprise), including wondering what the Good Friday story would tell us if it was not followed three days later by the resurrection.. I wrote that “if the story ended with Jesus executed as a criminal and dead in a tomb, we still would have reason to believe in a God of love. Our very existence, as well as the existence of the reality we inhabit, is evidence of God’s choice to create in order to love”

A commenter on Facebook wanted nothing to do with this God of love (the spelling has been corrected to ensure coherence).

The resurrection was viewed by hundreds . . . apostles gladly laid down their lives for the belief. Just because you can’t wrap your professorly head around that fact does NOT negate it. Try reading the sacred text before denying it and I would counsel you to be Very Careful who you spew that to as He is coming back Soon. Good luck and God bless!

At least she said “God bless.”

A couple of weeks earlier, I was engaged in what I thought was a respectful exchange about various interpretations of scripture with a commenter on this site. Before long, he lost patience with my unwillingness to agree that his interpretation of the passage in question was the only possible one simply because he said so.

As far I’m concerned you live your life for your master Satan and only for Satan. You try to come off as an angel of light, which you truly are an angel of Darkness. You’re no different than Mormons, Jehovah Witnesses, Wickens, Unitarians. You’ve made up your own version of a god that pleases you and you only. Peace.

Before banning this person from my site, I responded that

This, in a nutshell, is toxic Christianity at its worst, promoted by “true believers.” You call me Satan and an angel of darkness, then sign off with “Peace.” I wish I could say that I have seldom seen such hypocrisy, but in my experience, this is par for the course.

I grew up in a religious world with this sort of toxicity just below the surface. This brand of Christianity gives the faith a bad name; indeed, for many people, both insiders and outsiders, this is Christianity. Doing damage in the name of the Christian faith serves to undermine the message of Easter by showing that the new life and growth promised by the resurrection is simply a thin veneer over judgment and fear. True believers don’t really want Jesus out of the tomb. They want him to stay buried where he can be controlled.

Toward the end of the CNN interview, Barbara Brown Taylor was asked what, after decades of grappling with the Christian faith, Easter means to her today. Her response is one that persons from all faith traditions or none at all can resonate with. Here’s how we get Jesus out of the tomb and keep him out.

These days I would say Easter is the eruption of life from a tomb as God’s huge surprise, going in a different direction, and if anything, proof that you can never predict how God is going to act next . . . Now I value Easter as the reminder that you never know where life is going to come from next, and there’s no sense being attached to the day before yesterday because the day before yesterday is dead, and today something is alive. 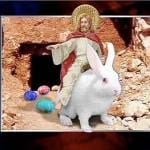 April 11, 2020
New Life is for Real: A Childhood Easter Tale
Next Post

April 16, 2020 Faith in a Time of Doubt and Uncertainty
Recent Comments
0 | Leave a Comment
"I'm always intimidated by comments that are longer than my original essay."
Vance Morgan Don’t Put Jesus Back in the ..."
"The Easter Story has traditionally included supernatural miracles and religious meanings. For most Christians, Jesus ..."
John Frederick Noack Don’t Put Jesus Back in the ..."
"agreed."
Brandon Roberts Faith and Doubt Go Hand in ..."
"One of my favourite quotes:Certainty is vastly overrated and is frequently dangerous, especially when claimed ..."
Lost Explorer Why Doubt Is My Favorite Virtue
Browse Our Archives
get the latest from
Freelance Christianity
Sign up for our newsletter
POPULAR AT PATHEOS Progressive Christian
1