Even Jesus Had Bad Days–and we can learn something from them September 19, 2019 vancemorgan

A conversation heard behind the scenes:

Dude! Did you see what just happened??

How could I?? I’m in charge of the freaking luggage today and am stuck way back here. Why is the crowd always biggest when I have luggage duty?

The big guy just got dissed in front of everyone!

Are you shitting me? Tell me!

He was already in a pissy mood and this woman kept nagging him and bothering him until he finally put her in her place with one of his patented one-liners.

What else is new? That’s what he always does.

Yeah, but she came right back at him with an even better put-down! And he admitted he was wrong!

HE ADMITTED HE WAS WRONG??? Oh My God!! You mean “MISTER PERFECT” made a mistake?? MISTER PERFECT admitted he was wrong?? Oh how the mighty have fallen! Priceless!! 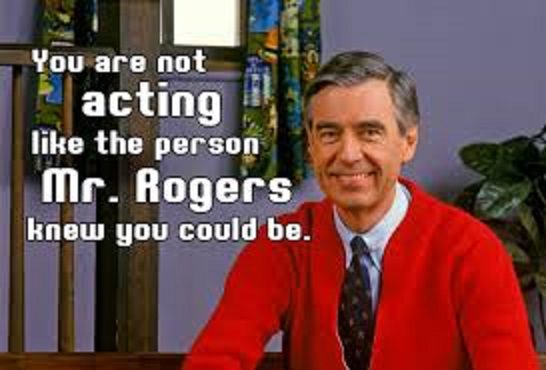 Admit it. Every one of us has participated in a conversation like this at some point—probably more than once. Because deeply embedded in the heart of human nature is the desire to see the high and mighty take a pratfall. We love hearing about the peccadilloes and foibles of those we put on a pedestal and enjoy finding out that they are flawed and limited just like the rest of us.

It’s great to know that Henry the Eighth was afflicted with gout and that Napoleon suffered from hemorrhoids. I would love to find out that The World’s Most Interesting Man has an embarrassing case of athlete’s foot or dandruff or has bad teeth. Anything is welcome that lets us know that those who we, on the one hand, praise to the skies and worship in some fashion, on the other hand have feet (or other body parts) of clay.

The conversation above is what I imagine was going on behind the scenes of a classic story of someone’s imperfections showing in a very public way. In Mark’s gospel, we find Jesus putting the finishing touches on yet another devastating dismantling of the religious authorities of the day. The disciples ask “Do you know that the Pharisees took offense when they heard what you said?” No shit—people usually don’t like being called white-washed tombs and hypocrites. Jesus is still pontificating as he and his entourage hit the road for the next town, undoubtedly still heated by self-righteous energy.

As the group presses forward, a woman elbows her way to within shouting distance of Jesus. Her accent and clothing show that she is a Canaanite, a non-Jew, but that doesn’t stop her from doing whatever she can to attract Jesus’ attention because she has a big problem. Her daughter is “tormented by a demon,” and she knows by reputation that this itinerant preacher is also a healer. He has cast out demons before.

“Have mercy on me, Lord, Son of David; my daughter is tormented by a demon!” she screams at the top of her lungs. And she keeps screaming—her daughter’s health and well-being matter more than the fact that as a woman and as a foreigner, she has no reason to think that anyone, let alone Jesus, will take notice of her.

At first, Jesus simply ignores her. He’s too busy, too tired, too annoyed by the crowds, too something to be bothered with this woman. But she continues screaming for his help, so much so that now it’s getting embarrassing. “Send her away,” a disciple or two mutters to him. “She keeps shouting after us.” “Jesus Christ” (really) Jesus finally sighs. “Enough already.” Turning to the annoying foreigner, he says “I was sent only to the lost sheep of the house of Israel.” Ignoring this rather gentle dismissal, she simply gasps, with tears flowing down her cheeks, “Lord, help me.” That should work, right? This is Jesus, after all, the ultimate good guy who never turns down an opportunity to help the needy who come across his path.

But no. Jesus counters that “It is not fair to take the children’s food and throw it to the dogs.” Oh my. That’s not very nice. And we know from other stories that Jesus has often addressed the needs of non-Jews without hesitation. The hero of one of his best stories, the Good Samaritan, is a non-Jew. So what the hell’s his problem?

The simplest explanation is that he simply isn’t in the mood. Just as all human beings—and he was one, after all—he’s having a tough day and he’s not at his best. He doesn’t feel like helping this foreign person, and has provided a perfectly good rationalization for why he doesn’t have to. End of story—the demons can have your daughter.

Not quite. This woman is not only insistent, but she’s also as quick on her feet as Jesus is. “Yes, Lord, yet even the dogs eat the crumbs that fall from their masters’ table!” Touché! In your face, holy man! This is impressive—her retort is the sort of thing that I always come up with hours after the conversation is over and I’m alone. “Man, I should have said . . .” But despite her panicked concern for her daughter, the unnamed woman is able to match Jesus one-liner for one-liner with her daughter’s health, perhaps her life, at stake.

And even more impressively, it works. Something here, her persistence, her intelligence, her lack of regard for propriety, cuts through Jesus’ bullshit. “Woman, great is your faith. Let it be done for you as you wish.” “And her daughter was healed instantly.” The Jesus posse continues on its way and we never hear of this woman again.

So what’s the takeaway? Without the exchange between Jesus and the woman, this tale would be indistinguishable from dozens of other accounts of persons healed by Jesus. Why does the author choose to tell the story in this fashion? In the estimation of many, Jesus is the ultimate and cosmic “Mister Perfect”—their faith depends on it. So why make a point of showing that even Jesus had off days, could be rude and judgmental, and had clay body parts just as we all do? In addition to driving home the “Jesus was a human being” point, one the Nicene Creed tells Christians every Sunday but that we tend to ignore, there’s a more direct behavioral lesson to be learned here.

Jesus listened. Even on a bad day crowded with distractions and annoyances, he was able to hear the truth, recognize he was being an ass, and wake up. We all have bad days, probably many more than Jesus did, and we tend to use “I was having a bad day” as a justification for all manner of bad behavior, even to those we love the most. The story of Jesus having a bad day lets us know not only that the best of us occasionally fail to live up to expectations, but also that such failures need not be debilitating. Each of us can hear the truth and change a bad day into a not-so-bad one. Even Mister Perfect.

Back to the behind the scenes conversation:

Dude, he CAN walk on water. 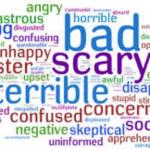 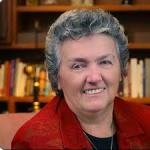 September 22, 2019 Are You Jesus? A Prophetic Challenge from Joan Chittister
Recent Comments
0 | Leave a Comment
Browse Our Archives
get the latest from
Freelance Christianity
Sign up for our newsletter
POPULAR AT PATHEOS Progressive Christian
1

Rich Mullins Died 23 Years Ago Today: Here's...
Rich Mullins was (and is) my hero. I have often wondered...
view all Progressive Christian blogs
What Are Your Thoughts?leave a comment
Copyright 2008-2020, Patheos. All rights reserved.