The final week of the strangest academic semester of my life begins tomorrow. As I told a close friend and fellow academic on the phone last night, a friend who had the very good sense to be on sabbatical working on a book project during this challenging semester, I have told people for years of my happiness that I am old enough to never have to deal with teaching distance learning courses on line. And yet over the past several weeks, I have been figuring out on the fly, along with sixty-five students spread over three classes, how to do just that with very little warning or preparation and virtually no prior experience. It occurred to me the other day that during a Zoom class or two in the past few weeks, when things weren’t working well and technology wasn’t cooperating, that I felt a twinge of the same panic and inadequacy that I felt when I first stood in front of a class as a graduate student teacher in the late eighties. 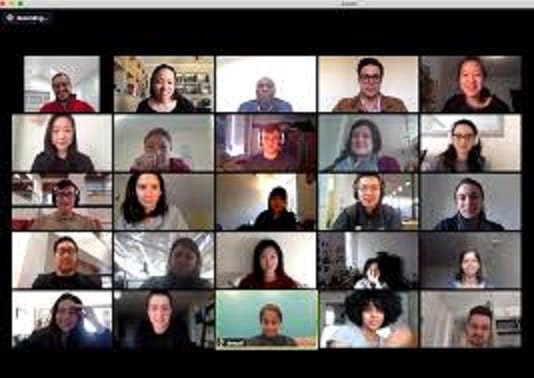 This too shall pass, I tell myself. Make it through the final week of classes, final papers, a final exam in my team-taught class, and all will be well in anticipation of things “back to normal” when the fall semester starts the last week of August. Of course, that’s the eternal optimist in me refusing—yet—to consider seriously the possibility that my teaching life will not be back to normal in the fall. Worse case scenario (the scenario that many of my colleagues are already assuming is the most likely) is that the “new normal” in higher education will look a lot more like what we’ve been doing for the past few weeks than like what was going on pre-coronavirus disruption. What if the rest of my teaching career is like this? As my oldest son used to say at age three or so when confronted with something he disapproved of: “Don’t like it!”

A few years ago, I led a seminar during the morning of the first day of an Honors faculty two-day workshop with twenty colleagues. The text was a handful of essays from Montaigne; toward the end of a fine discussion we focused our attention on one of Montaigne’s many memorable reflections, this one from the next to last page of the Essais. The essay in question is “Of experience,” which happens to be the text that I will be considering with seven honors students tomorrow at the last meeting of our semester-long colloquium on Montaigne.

My colleagues were not unanimous in their reaction to Montaigne’s sentiment, but when are academics ever unanimous concerning anything, even the Pope’s Catholicism? A few suggested that this seemed to be both a recipe for mediocrity and a denial of the importance of miracles and ecstasy. A colleague from my philosophy department said “Socrates would not have agreed with any of this,” and I overheard a colleague from English close by opining under his breath that Emily Dickinson would not have approved either. They are probably right, although I suspect that Montaigne did not have Socrates’ past or Emily’s future approval at the top of his list of concerns as he wrote.

Other colleagues found much to like in this passage. A professor from the history department, who had just finished the final year of an outstanding teaching and scholarly career on the way toward professor emeritus status, said “I find this inspiring. It says that a beautiful life is not to be judged by whether you get your name on a plaque in City Hall.” This from a man who has a seminar room in our beautiful humanities center named after him in honor of his extraordinary contributions over several decades to thousands of students and hundreds of colleagues.

I agree that this passage from Montaigne is inspirational. He is not suggesting that mountain-top experiences are unimportant; rather, he is reminding us that a beautiful life is not constructed from such experiences. There is a reason why the majority of the Christian liturgical year, although seasoned with the miracle of the Incarnation and the rapture of Easter, is spent in long stretches of inwardness, waiting, and getting down to the day-to-day, week-to-week work of being a regular human being trying to live a life in the presence of the Divine. The biggest chunk of the liturgical calendar, from Pentecost Sunday in a few Sundays to the beginning of Advent the Sunday after Thanksgiving, is Ordinary Time. As the old saying says, life is what happens while we are making other plans. Montaigne suggests that the beauty of a life is to be judged by what you are doing between the miracles and the ecstasy. Or as Jeanne has suggested, it’s about the “dash”—the little line that will carved between the two dates on your tombstone.

Some time ago, Jeanne and I had brunch with two couples after church, a lovely occasion that we all agreed should happen more frequently. All six of us have been to a few rodeos—I was the youngest person at the table. My friend Marsue’s birthday had occurred a week or so earlier, so we all sang happy birthday as the waiter brought her a small dessert. The waiter remarked on Jeanne’s beautiful singing voice, a nice connection was made, and good vibes were in abundance. Jeanne and I tend to be generous with tips when the service is good; this time, Jeanne was so generous when bill-paying time came that the waiter returned with the cash, wondering if Jeanne had made a mistake.

She assured him that she hadn’t; we then learned he would be headed for LA in a month to pursue a career in entertainment promotion. Grabbing his hands, Jeanne offered a quick, heartfelt and spontaneous prayer asking for the Divine’s blessing on this young man’s endeavors. “I’ll remember you,” he said to Jeanne as he headed back to the kitchen. And I’m sure he will—it was a lovely moment of grace in the midst of an ordinary Sunday afternoon.

I have written previously about my love for the closing paragraph of George Eliot’s Middlemarch. It not only is the most perfect paragraph I have read in any of the hundreds of novels that have filled my reading life, but it is also a perfect expression of the sort of life Montaigne considers to be beautiful. Of her heroine Dorothea Brooke, Eliot writes:

I find this description of a life beautifully lived in “ordinary time” helpful in the midst of coronavirus uncertainty. I would love to write a bestseller. I would love mine to be the first likeness carved on the Mount Rushmore for Teachers that someone should create sometime. I would love to have thousands of people all over the world waiting with rapt attention for my next wise and witty blog post. But I would like most to faithfully live a life according to Montaigne’s “common measure,” bringing what I have to offer into each new day with intelligence, energy, and an occasional infusion of divine humor. Miracles and rapture are fine if you get them, but at the end of the road a “nicely done” would be even better. 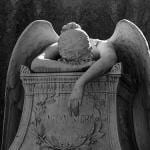 April 23, 2020
Jesus, Cleopas, and George Have a Conversation About Hope
Next Post 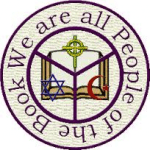 April 28, 2020 Why Certainty and Faith Don't Belong Together
Recent Comments
0 | Leave a Comment
"I would be very sad if I thought that the only way I could find ..."
Vance Morgan A Question for Atheists and Theists: ..."
"That says something about what you are able to fathom, and nothing about God. I ..."
Vance Morgan Christianity Does Not Solve the Problem ..."
"No, a reasonable atheist (and Illithid is one of them) is saying that for anyone ..."
Vance Morgan A Question for Atheists and Theists: ..."
"Never said evil was not real. Mother Nature is the cruelest bitch of them all.I ..."
Ed Senter Christianity Does Not Solve the Problem ..."
Browse Our Archives
get the latest from
Freelance Christianity
Sign up for our newsletter
POPULAR AT PATHEOS Progressive Christian
1