Doctor Ford, Judge Kavanaugh, and the Book of Proverbs

A couple of Sundays ago, it was my turn to be lector at the Episcopal church I attend. I got there early to take a look at what I would be reading and saw that the first reading, from the Hebrew scriptures, was from Proverbs 31, starting with verse 10. “A capable wife who can find?” Shit, I thought. In a world of #MeToo, lack of respect for women who do not immediately report sexual abuse and rape, and old white guys making uninformed and untimely decisions about women’s lives, the last thing I need to read and the congregation needs to hear is a patriarchal society’s perspective on how to be a capable (and subservient) female spouse. 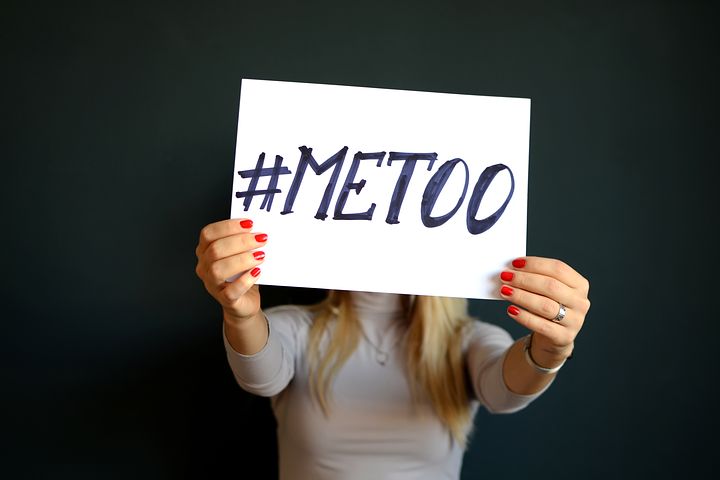 I was somewhat familiar with Proverbs 31, because I dedicated my first book over twenty years ago to my mother, using verses 26 and 28: “She opens her mouth with wisdom . . . Her children rise up and call her blessed.” But much of the rest of what I read two Sundays ago confirmed my initial suspicions and discomfort. The woman described in Proverbs 31 is a woman who runs her household efficiently and effectively, with skill and insight, a woman who displays considerable skills and abilities on a daily basis, while at the same time seeking the “gain” of her husband, always doing him good and never harming him. She accomplishes all of this while her husband sits on his ass pontificating with “the elders of the land” in the city gates.

I was reminded of having to read Proverbs 31 in public once again a few days later when I read an article about Beth Moore in the October edition of The Atlantic.

Beth Moore is a bit of a rock star in certain evangelical Christian circles; for the past twenty years or more she has packed arenas and garnered thousands of fans—most of them evangelical women—with a mix of traditionally conservative Christian theology and a woman’s perspective. With regard to male and female roles, as other evangelicals, Moore considers herself a “complementarian,” believing that according to the Bible men and women have distinctive roles and that men naturally should hold positions of authority and leadership over women in the home and church. According to the Atlantic article, Moore has successfully carved out a significant niche for herself in patriarchal evangelicalism because “she spent her career carefully mapping the boundaries of acceptability for female evangelical leaders.”

All of this began to change with the rise of Donald Trump, a rise strongly supported and often facilitated by evangelical Christians. When in October 2016 she learned of the now infamous Hollywood Access tape, then heard evangelical leaders dismissing Trump’s comments as mere “locker-room talk,” Moore—who was sexually abused when a young child—could not stay silent. In a series of tweets the next day, she wrote to her almost one million followers: “Wake up, Sleepers, to what women have dealt with all along in environments of gross entitlement & power . . . Are we sickened? YES! Surprised? No.” Predictably, all hell broke loose in Beth Moore’s world. The article in the hard copy edition of the Atlantic is titled “Will Beth Moore Lose Her Flock?” That remains to be seen.

In the context of Proverbs 31, as well as any number of texts that are often cherry-picked from Paul’s letters in the New Testament, Beth Moore had the gall to challenge traditional gender roles established and maintained by patriarchy over the centuries, often empowered by religious orthodoxy. The woman of Proverbs 31 is extraordinarily intelligent, resourceful, and commanding of respect—but it is not until the final verse that the author suggests that we “let her works praise her in the city gates.” These are the very city gates that her husband has been lounging around in with other men, making rules for the community and crafting authoritative directives while women actually do the work of establishing functioning families and healthy economies.

I thought of the husband of Proverbs 31 “taking his seat among the elders of the land” in the city gates as I was riveted to the Christine Blasey Ford/Bret Kavanaugh hearings with millions of my fellow Americans last Thursday. The “elders of the land” were on display throughout, alternatively petulant and stone-faced while consistently out of touch and clueless. If there was ever a time when the voice of women must be heard in our country’s city gates, it is now. The time is long past for the experiences of women to be accepted at face value and acted upon, no matter how long ago these experiences occurred, no matter how uncomfortable they make us, and no matter how badly many would like to sweep them under the rug or respond to them with insipid moralization. May our country be blessed with a highly qualified woman as President in 2020. May there be a thorough scouring of our country’s city gates as women of excellence replace entitled and privileged men.

At the end of her interview with the Atlantic, with reference to her life spent carving out a space for women within the patriarchal evangelical Christian church, Beth Moore says “What I feel a little sorry for, looking back over my shoulder, is how often I apologized for being there.” Without a doubt, generations of men owe generations of women far more than a sincere apology. Men owe women the opportunity to do for this country what the woman of excellence in Proverbs 31 does—the opportunity to refashion and reimagine the city gates with excellence, wisdom, and commitment, shining the light of truth and transparency wherever they go. 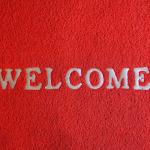 September 30, 2018
Putting Out the Welcome Mat: Who is Welcome at Your Place of Worship?
Next Post

October 5, 2018 Professional Wrestling, the Liberal Agenda, and Jesus
Recent Comments
0 | Leave a Comment
Browse Our Archives
get the latest from
Freelance Christianity
Sign up for our newsletter
POPULAR AT PATHEOS Progressive Christian
1