Getting Real: A Conversation Between Jesus and John the Baptist

Getting Real: A Conversation Between Jesus and John the Baptist July 10, 2021 vancemorgan

In a recent episode of “The Chosen,” a multi-year cinematic treatment of the life of Jesus that is almost finished with its second season, Jesus has a private conversation with his relative John the Baptist (known to Jesus’ disciples as “Creepy John”). They clearly have known each other since they were boys; they not only are friends, but also have a strong sense of each other’s calling. John, appropriately scraggly as one would expect a guy who eats locusts and wild honey while wearing only animal skins to be, is impatient and impulsive, very anxious for Jesus to get on with his mission. Jesus, much more thoughtful and deliberate, occasionally cautions John that he might, for his own health and safety, want to tone it down a bit. 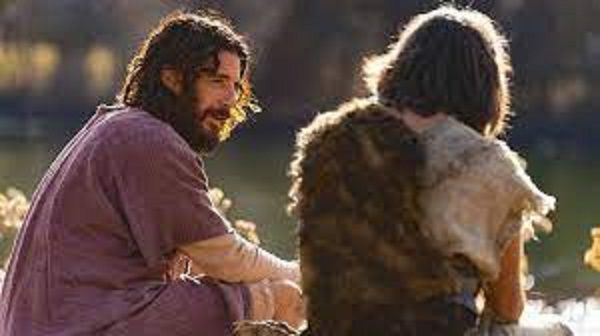 But John isn’t having any of it. He’s on his way to the court of Herod Antipas to call the ruler out for cohabiting with former wife of his brother. Such a relationship is explicitly forbidden by the Torah. John, who has a very strong sense of righteousness and knows that his mission is to call people to repentance, is clearly looking forward to the spectacle of shaming Herod in public. Jesus, however, advises caution and clearly is not as outraged as John is by Herod’s antics. Suspecting that his cousin is enjoying the prospect of a showdown with Herod a bit too much, Jesus suggests that they both have bigger fish to fry than what Herod and Herodias are up to. Speaking of his own mission, Jesus says that “I’m here for bigger purposes than the breaking of rules.”

This leads to a fascinating exchange between the cousins that reveals both conflicting strategies and different personality types.  John takes pride in being direct with little regard for the consequences—“I always say the first thing that comes to my mind, in preaching and in life.” Accordingly, John is frustrated with what he perceives as Jesus’ reluctance to fully commit to the mission they both know Jesus was born to carry out. “I’m beginning to wonder why you are taking this so slow,” John complains, “why you are always running away after performing miracles.” Why are you wasting your time telling cryptic stories that few people can understand? It’s time to kick ass and take names!

As the conversation continues, John apologizes for his rudeness and directness. “You know that my heart is yours. My life is yours. The sole reason that I was miraculously conceived by two old people was to pave the way for you. I’m just impatient for you to get to work.” As portrayed in “The Chosen,” this is a classic case of the natural tension between an extrovert and an introvert, between someone who always runs with the first thing that comes to mind and someone who deliberates carefully before speaking and acting. Jesus warns John “You know how this is going to end, don’t you?” to which John quickly responds “I get arrested all the time. It’s what radicals do.”

There is no account in the gospels of Jesus and John the Baptist ever meeting except at the River Jordan when Jesus was baptized. A conversation such as imagined in “The Chosen,” however, certainly could have taken place. They were relatives, and their lives were inextricably intertwined from the time they were born just a few months apart. And Jesus is right—we do know how this is going to end. Today’s reading from the Gospel of Mark tells the story of John’s demise—exactly what Jesus warned John about during their conversation. John is arrested for calling Herod Antipas out for his illicit relationship with his former sister-in-law. Herodias hates John for this and uses Herod’s lust for her daughter Salome to bring about John’s beheading.

John was most likely in prison for quite some time before the infamous banquet that led to him losing his head. We learn in Matthew’s gospel that as he languished in prison, John sent someone to Jesus to ask a simple question:  “Are you the one who is to come, or are we to wait for another?” This is one of many poignant and excruciatingly human scenes in the gospels. Jesus is by no means the only prophet in the land—they came a dime a dozen in those days. Nor is Jesus the only Messiah candidate around—Israel is full of them. John’s question is not academic. What he really wants to know is “has my whole life been a waste?”

Jesus’ answer to John’s question relies on John’s knowledge of the prophet Isaiah. “Go and tell John what you hear and see: the blind receive their sight, the lame walk, the lepers are cleansed, the deaf hear, the dead are raised, and the poor have good news brought to them.” Hopefully, the message got back to John before he was executed by Herod. The man whom you baptized, the cousin whom you love, is the real deal–the Messiah has truly come. That’s what John foretold and waited for.

I hope that in the darkness of his dungeon cell, John remembered his father Zechariah’s words spoken at John’s naming ceremony, words that I’m sure were part of the family stories in John’s childhood. The Song of Zechariah, the “Benedictus,” is the canticle that closes every morning prayer service in the Benedictine daily liturgy of the hours. You may remember that Zechariah had not spoken for months, struck dumb because he found it difficult to believe the angel’s announcement that his wife Elizabeth, well past child-bearing years, would bear a son.

Toward the end of their conversation in “The Chosen,” John takes virtual step back and reflects on what both he and Jesus are on the brink of. “It’s becoming real, isn’t it? Everything we prepared for? It’s heavy when it becomes real, no? Do you feel ready?” Jesus responds that “I’m always ready to do my Father’s will, but that doesn’t make it easy.” When, as my older son likes to say, “shit is getting real,” we would all do well to remember the final lines of the “Benedictus.” Light, peace, compassion, and deliverance are all things worth hoping for—but are also things that don’t just happen. It’s up to us to make them happen, in whatever ways fit our situation and uniqueness. Not everyone is called to be a prophet, nor is everyone’s mission to be the savior of the world. But we are called. Let’s get to work. 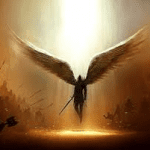 July 12, 2021 A Portly Angel with a Boston Accent
Recent Comments
0 | Leave a Comment
Browse Our Archives
get the latest from
Freelance Christianity
Sign up for our newsletter
POPULAR AT PATHEOS Progressive Christian
1