How to Avoid Being Stupid

How to Avoid Being Stupid June 20, 2020 vancemorgan

Why do intelligent people believe lies that are easily exposed as lies? Why do intelligent people treat facts as disposable opinions? These are questions as current as today’s news. Pick any week during the past three years or more; we have been fed a steady diet of lies, evasions, prevarications, mistruths—your descriptive noun of choice will suffice. Occupants of the highest offices in the land habitually say things with a straight face that anyone with a computer can verify as false within seconds. 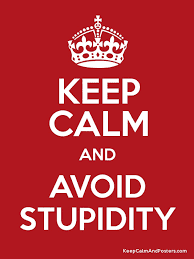 And yet millions of people believed and will continue to believe these lies and whatever new in terms of falsehoods is on the menu for this coming week. Due to a course that I frequently teach (and will again this coming spring), I am reminded that we are by no means the first collection of intelligent citizens to swallow lies wholesale without indigestion. It happened in 1930s and 40s Germany in one of the most cultured, civilized, and educated nations in Europe.

Dietrich Bonhoeffer, the Protestant theologian and pastor who was murdered by the Nazis, is one of the figures we study in depth in “’Love Never Fails’: Grace, Truth, and Freedom in the Nazi Era,” an interdisciplinary colloquium that I regularly teach with a colleague from the history department. One important Bonhoeffer text on the syllabus is “Ten Years After,” an essay Bonhoeffer wrote for colleagues and friends in 1942, reflecting on various aspects of the past decade in Germany as he and others had, in various ways, resisted the rise and entrenchment of the Nazis.

Less than year after writing this essay, Bonhoeffer was arrested by the Nazis for his involvement in a plot to assassinate Adolf Hitler, an involvement that led to his execution in 1945, just weeks before the end of World War Two. “Ten Years After” is comparable to Martin Luther King, Jr.’s “Letter from Birmingham Jail” as a document addressing the specific challenges of their times by speaking to greater issues, including the human capacity for decency, courage, and engagement in political culture that honors integrity and these values. How is one to think beyond self-interest and toward the common good in challenging times?

In “Ten Years After,” Bonhoeffer observes how easily human beings are swayed and seduced by peer pressure and crowd behaviors. Although his context was Nazi Germany, his observations about what happens to human decency and courage when a political culture begins to disintegrate and a social atmosphere becomes toxic read as if they were written this morning. Bonhoeffer wrestles with what happens to good people, to the soul, and to the human sense of morality and responsibility, when evil becomes so embedded in a political culture that it is part of the very fabric of daily life, and it becomes impossible for good people to remain untouched by it.

When political leaders or talking heads spout numbers that a brief session on Google shows to be blatantly false, and people believe them anyways, stupidity is in the ascendant. When millions of citizens are uninterested in fact-checking lies or changing their minds in the face of new evidence, stupidity reigns. And as Bonhoeffer notes, we misjudge the situation when we dismiss such believing persons with condescending pejoratives—persons with PhD’s and people with no formal education are equally susceptible to stupidity as Bonhoeffer defines it. How can this be?

In our current political climate, stupidity ranges across the spectrum from the most obsessed Trumpster to the most avid Biden supporter. Whether in support of or in opposition to any particular agenda or political figure, stupidity always dehumanizes, replacing thought and deliberation with soundbites and memes. Bonhoeffer’s diagnosis seventy-five years ago could have been written this morning.

So, what is to be done? Bonhoeffer expresses his prescription for stupidity in religious terms: “The internal liberation of human beings to live the responsible life before God is the only genuine way to overcome stupidity.” This is not a call for everyone to become a person of faith, however; from a prison cell a couple of years later, Bonhoeffer will write that God wants people of faith to live as if God does not exist. Bonhoeffer’s call is for people to take responsibility for who and what they are, rather than turning this responsibility over to others in exchange for perceived power or solidarity. 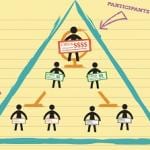 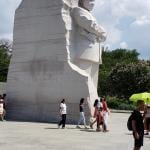 June 23, 2020 Does the Arc of the Moral Universe Really Bend Toward Justice?
Recent Comments
0 | Leave a Comment
Browse Our Archives
get the latest from
Freelance Christianity
Sign up for our newsletter
POPULAR AT PATHEOS Progressive Christian
1