How Would YOU Feed a Party of Five Thousand?

How Would YOU Feed a Party of Five Thousand? August 2, 2020 vancemorgan

My youngest son was always the inquisitive sort, the kind of kid who, from the moment he began to speak, fashioned most of his communication into questions starting with the word “Why?” The setting for one of his favorite stories is the beat-up car I was driving when he was little; I was running errands and his three-or-four-year-old self was strapped into the car seat next to me on the passenger’s side facing the front. This was, as my good friend Marsue says, “before safety was invented.” 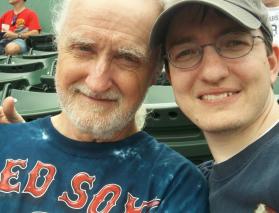 On this particular day, apparently, I had only sufficient tolerance for one thousand “Whys” before noon. As soon as he asked his one thousand and first “Why?” I yelled “STOP ASKING SO MANY QUESTIONS!!!” To which, I’m sure, he replied “Why?” I have no recollection of this event, since it makes me look bad.

Here’s what I remember as my usual response when his litany of questions exceeded tolerable levels. After several consecutive “Dad, why . . . . .?” events, I would reply “I don’t know, Justin—it must be a miracle.”

And for a long time, that was an effective show stopper, because as Simone Weil wrote, “the reports of miracles confuse everything.” We want answers and explanations, and a miracle says “Oh, yeah? Explain THIS!” We can’t, because a miracle by definition lies outside the confines of human explanation. Or at least my explanation, as my son figured out before very long. One day in response to “It must be a miracle,” he shot back “Just because you don’t know the answer, Dad, doesn’t mean that there isn’t one!” True enough.

Consider what was perhaps Jesus’s most famous reported miracle—the feeding of the five thousand men (plus women and children). This miracle is reported in all four of the canonical gospels and, for once, they pretty much agree on the details. Matthew’s version is today’s lectionary Gospel. As is the case with all miracles, we are presented with a straightforward story of something happening that simply cannot have happened. What are we supposed to do with such a story, when we all know that thousands of people cannot be fed with five loaves of bread and two fish? How are we to think about, to be with, miracles?

I suggest that we begin with humility. Once more than twenty years ago, while a still untenured member of the philosophy department at my college, I participated in a symposium on the late John Paul II’s encyclical Fides et Ratio (Faith and Reason) which had been released the previous year. The symposium was a shared event between the philosophy and theology departments. One member from each department would present a 20-minute paper, and a panel of four philosophers and theologians would present brief comments. Sounds like a lot of fun, huh? The original presenters would have a chance for response, then the whole thing would be turned over to audience questions and interaction.

I was asked to present the longer paper for the philosophy department. In it I did what philosophers do—I raised what I considered to be some critical problems with the encyclical, suggesting that the Pope might even have gotten some important things wrong—for instance his conclusion that reason must always submit to the authority of faith when they are in conflict. I knew from the start, of course, that this might be a bit controversial at a Catholic college—I was right.

The audience that evening was impressive in size, exceeding what I’ve seen for any academic event in subsequent years at the college. The larger community, particularly the parishioners of St. Pius V church across the street, had been invited and came in droves, expecting I’m sure to hear a cheerleading love-fest for their beloved Pope. Instead they got me raining on their parade. A colleague reported afterwards that one woman in the back row complained during the paper to her neighbor in an audible stage whisper: “I can’t believe they let people like him teach here!”

Rumblings during my paper exploded into direct challenge during the Q and A. After defending and clarifying my position—pretty well, I thought—for a few minutes, an exasperated older gentleman in the front row asked “Dr. Morgan, is there no place in philosophy for humility?” I responded, honestly but perhaps a bit uncharitably, with a guffaw of laughter (if introverts ever guffaw). “The longer I do philosophy, the more I realize how much I don’t know!” Now, I understood where the man was coming from—a place where honest challenges to pronouncements from authority, especially authority supposedly representing God, are viewed as prideful or worse. Furthermore, philosophy has the reputation for trying to logically explain everything and dismissively rejecting anything that resists such treatment. This reputation, unfortunately, has a good deal of evidence to support it.

From its ancient roots, though, real philosophy begins with humility. Hamlet had it right when he said “There are more things in heaven and earth, Horatio, than are dreamt of in your philosophy.” And, I would add, your theology, your science, and anything else we use in our attempts to jam our vast, wonderful, and often terrifying reality into manageable boundaries and straitjackets.

Along with humility, the other ancient starting point for philosophy is identified by Aristotle, perhaps the greatest philosopher of all, when he wrote that “philosophy begins with wonder.” Wonder is what a baby shows with her frank and forthright way of gazing about in bewilderment, trying to balance her oversized head on her undersized neck as she wonders “What’s this thing? And what’s that over there? And holy crap what’s THAT??” Wonder and humility. Woven together, they turn philosophy, as well as theology, science, and everything else into foundational, intimately connected human activities. Psalm 8 gets this connection exactly right. “When I see the heavens, the work of your hands, the moon and stars which you arranged—What are we that you should keep us in mind, men and women that you care for us?” Wonder turns our minds and imaginations with expectation toward what is greater than us (“When I see the heavens . . .”), while humility continually reminds us of the vast gulf between us and what is greater than us (“What are we . . .?).

I once heard a homily on a different gospel’s version of the feeding of the five thousand. The homilist, a Benedictine priest, struggled mightily with the very notion that so many people could be fed with five loaves and two fishes from a kid’s picnic basket. The homilist set things up eloquently, paid proper attention to Jesus’ compassion for the crowd of hungry people, then hit a wall with the miracle itself. “We modern persons have a difficult time with the stories of Jesus’ miracles,” he said, “since what they describe violates the laws of nature.” Accordingly, he did what most of us do when faced with such an apparent violation—he provided alternative interpretations of the story in which such a violation did not occur.

It’s possible, for instance, unless Jesus was dealing with a crowd of fools that day, that the little boy was not the only person among the thousands in attendance smart enough to have brought along something to eat. The “miracle” is not that a tiny amount of food was increased to feed thousands, but rather that the boy’s innocent generosity sparked similar generosity in others. Those who had intended to hoard their carefully packed lunches for themselves were suddenly motivated, either through inspiration or shame, to share with others around them.

And then perhaps a further “miracle” occurred, in that many realized that they didn’t really need all the food they had brought—five loaves and two fishes are more than one person can eat, right? So as a spirit of generosity spreads through the crowd, gluttony takes a big hit. If each person eats only what they need and shares the remainder, everyone has enough. An impromptu community is built on the spot, everyone learns to share with others as well as to stop eating too much, and no laws of nature are violated. Thanks be to God.

Why was the homilist, and why are we, inclined to explain a miracle away, to bring it within the confines of what we believe that we know and can explain? This is partly a failure of humility, an insistence that we are the center of the universe and that, as Protagoras infamously claimed, we humans are “the measure of all things.” But we’re not. We are subject to the laws of nature, but they are neither defined by nor limited to our experience and understanding. Remember Hamlet: “There are more things in heaven and earth . . .”

But our dogged attempts to explain (or explain away) everything smells more like fear than lack of humility to me. What better way to carve a home out of a reality far beyond our control than to define it in terms of what we can control? And while humility is the antidote for hubris, the cure for fear is wonder. Fear turns us inward; wonder turns us outward, toward the infinitely fascinating reality in which we find ourselves. And ultimately, wonder turns us toward God, who crosses the vast distance between divine and human by infusing everything, including us, with transcendence. This is the miracle of the incarnation, that God inhabits everything, that we are living sacraments, testimonies to divine love.

Thomas Jefferson once published an edition of the Gospels with all the miracles taken out, resulting in a very short book. A daily existence from which miracles have been removed is similarly impoverished. A good friend of mine who passed away a few years ago defined a miracle as “something that everyone says will never, ever, ever happen and it happens anyways.” And that covers just about everything, from individual acts of generosity, through impromptu human solidarity, to feeding thousands with a kid’s lunch. As Gerard Manley Hopkins wrote, “The earth is charged with the grandeur of God.” We need only learn to see it with the eyes of wonder and humility. 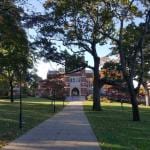 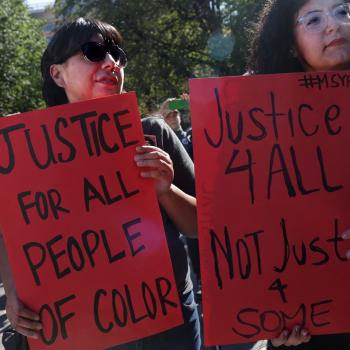