Pardons are in the news, particularly Presidential pardons. Presidential pardons are nothing new, and everyone seems to believe that the President’s power to pardon is unlimited, but can the President pardon himself? “Yes,” says Trump’s legal team in a twenty-page memo leaked this week, which also argues that the President cannot be charged with obstruction of justice, since as the top justice official in the country, that would be charging him with obstructing himself—which apparently is not possible, although he does seem to do this to himself on a regular basis. The President himself, who is undoubtedly not interested enough and lacks the attention span to read the memo, summarized his own stance concerning pardoning himself in a tweet, claiming “absolute power” to do so, adding that he won’t because he has done nothing to be pardoned for.

Unless you never watch or listen to the news, I’m sure you’ve heard more than enough analysis and opinions on the pardon thing to last a lifetime. I’ll stay out of the politics of it; those who know me or read this blog regularly either know or can guess what I think about this matter. What intrigues me is the nature of pardoning itself, as well as its relationship to power and forgiveness. A brief discussion of the relationship of pardoning and power occurs in one of the many memorable scenes from Stephen Spielberg’s 1993 masterpiece Schindler’s List. 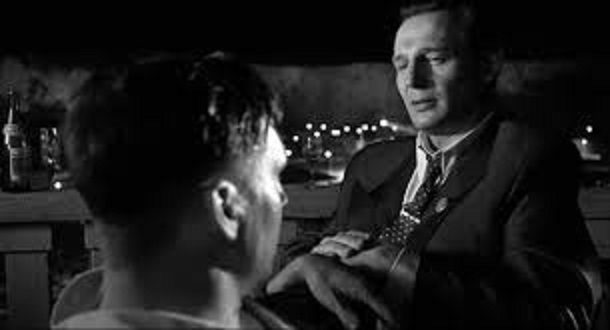 When Goeth practices his gesture of pardon in the mirror, is he actually seeking to pardon himself? In Goeth’s imagination (and, I would add, in Donald Trump’s), a pardon is not an expression of benevolence or mercy. It rather is an expression of power—“I am so powerful that I can even step outside the boundaries of justice, real or imagined.” Pardoning as an expression of power needs pay no attention to whether the person pardoned is guilty or innocent, although the norm in our American system is for there to be an application procedure and careful review before a pardon is granted. Donald Trump has ignored these procedures, largely because in his estimation the President’s power to pardon is unlimited and absolute. As with Goeth, for him the overall appeal of pardoning undoubtedly is the power it displays, not benevolence or mercy.

What often is missed in the swirl of discussions about pardons is what a pardon does not do. Pardoning does not imply that the person pardoned is innocent. It does not expunge the record. Pardoning saves the person pardoned from further penalties, but does not state that the person pardoned was wrongly accused or convicted. Gerald Ford pardoned Richard Nixon, not because he believed Nixon was innocent of what he was accused of, but because Ford believed the country’s “long nightmare” could not end unless the Nixon situation, for all intents and purposes, was ended. Whether a President has the power to pardon him or herself is one issue—but even claiming that he has the absolute power to do so if he so chooses is the preemptive claim of a person who either knows he’s guilty of something or is at least afraid that he is.

To truly forgive is something that is perhaps beyond the scope of human capacity; I would go so far as to say that to pardon is human, but to forgive is divine. And most of us have experienced true forgiveness, often unexpected and always undeserved. I can think of no better evidence for the notion that human beings contain a spark of the divine than that. Strange to find where thinking about Donald Trump pardoning himself might end up. 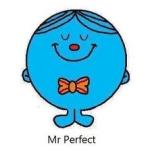 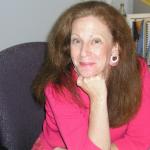