Mortals Die, and are Laid Low 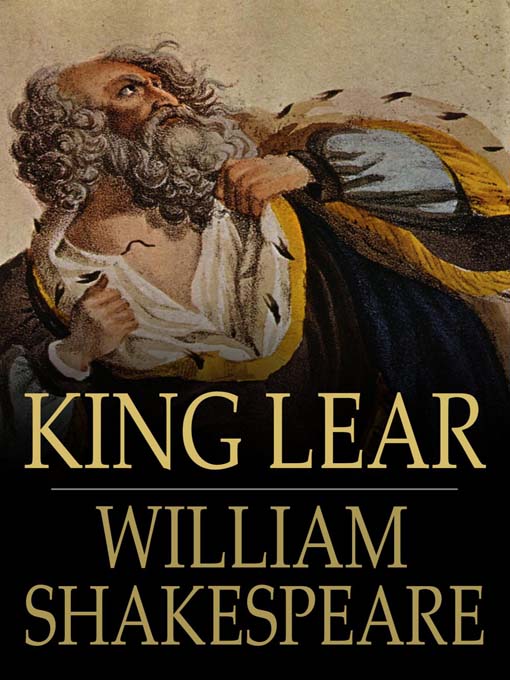 A couple years ago in a course that I was team-teaching with two other colleagues, the final seminar text of the semester was Shakespeare’s King Lear. One of my teaching colleagues, an accomplished Shakespeare scholar, described the play on the syllabus as simply “the greatest play ever.” I love Shakespeare and find his plays more insightful about human nature and the human condition than any other texts (certainly more insightful than any philosophical tomes I have read), but had not read this particular tragedy in its entirety since I was an undergraduate the age of our current eighteen and nineteen year old freshmen. The play blew me away, disturbed me, and made me wonder whether we perhaps should have sent our students off into the summer with something slightly less dark.

King Lear pushes to the limit a hypothesis that has a long and complicated pedigree: We live in a universe that is malign, at the very least indifferent, and human life within this universe is brutal, wretched, and meaningless. As various nasty and morally awful characters—including Lear’s two older daughters—apparently prosper from their rejection of their father, those characters with even a shred of dignity, honor, or love—including Lear’s youngest daughter—are rejected and ultimately destroyed. By the end of the play, the stage is littered with the bodies of both the good and the bad, while a handful of dazed survivors are left to pick up the pieces. Naked in a driving storm in the middle of a Scottish heath, Lear rages that human beings are nothing but “poor, bare forked animals,” living on a “great stage of fools.” Lear demands an answer to the question “Is man no more than this?” The blinded Gloucester despairingly directs his accusations heavenward:

As flies to wanton boys are we to th’gods; They kill us for their sport. 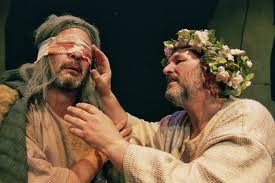 And have a nice day.

It’s a tough sell to get people to church on any Saturday except for a wedding or funeral, particularly during Holy Week when the most dedicated may have already been in church two or three times in the previous few days. I was one of only a few people present; if any of us had possessed the presence of mind to check the prayer book before coming, we probably wouldn’t have bothered. It’s a very dark liturgy. Jesus is dead in the tomb, the altar is stripped bare, and everything in the rubric is intended to get you not 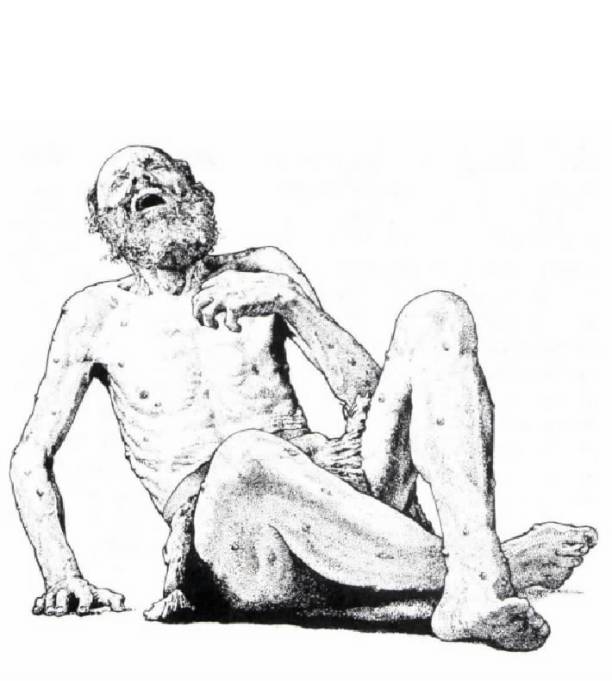 to think about what is coming the next day. A central line in one of the prayers that day was “In the midst of life we are in death” Most striking that afternoon, however, was the following from the book of Job:

A mortal, born of woman, few of days and full of trouble comes up like a flower and withers, flees like a shadow and does not last . . . For there is hope for a tree, if it is cut down, that it will sprout again, and that its shoots will not cease . . . But mortals die, and are laid low; humans expire, and where are they? As waters fail from a lake, and a river wastes away and dries up, so mortals lie down and do not rise again; until the heavens are no more, they will not awake or be roused out of their sleep.

These lines would have been appropriate in the mouths of any number of characters in King Lear, but they predate Shakespeare by thousands of years. The earliest text my interdisciplinary class studied this academic year, the

Epic of Gilgamesh, is infused with similar energies—fear of death, as well as impotence in the face of forces we cannot control.

With Easter less than twenty-four hours away, it is easy for Christians to immediately address these dark realities with the story of divine suffering and redemption that lies at the heart of Christian belief. And that is the message—God has overcome darkness and death, a victory that we are the beneficiaries of.  Yet it is so easy for this powerful story to become little more than a superficial panacea for all the darkness and loss that surrounds each of us, a truism that can blind us to an otherwise inescapable truth: mortals die, and are laid low. And during its short duration, human life is often filled with nothing but suffering, pain, and meaninglessness.

The great eighteenth-century essayist and philosopher Voltaire once provocatively wrote that “If God did not exist, it would be necessary to invent him.” 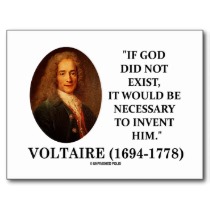 This statement shook up a number of Voltaire’s contemporaries, leading many to imagine that any person who could write such a thing seriously must be an atheist. The statement remains provocative, and it is clear from his body of work that whatever Voltaire might have been, he was not a traditional religious believer in any sense of the word. But with the apparent meaninglessness of human existence and reality in view, Voltaire’s famous claim is absolutely true. There is something about the darkest and most sobering parts of human reality that cry out for, actually demand, a response. The human epitaph cannot be “Life’s a bitch, and then you die.”

All sorts of responses, ranging from religious through philosophical and literary to political, have been offered over the centuries, responses that often conflict with each other and even more frequently fail to take the fundamental problem on squarely. Which of these stories is true? More importantly, how can we know if any of them are true? How can we be sure that these stories are anything more than a collection of tunes human beings have written to whistle in the dark until the night overwhelms them? I submit that we cannot be sure. Yet billions of people have been willing to shape their lives, to stake their very existence at least virtually, sometimes literally, on the truth of one or more of these stories.

Why? Because there is something in the human heart that has to believe them, something that has to hope. And it is that very longing and hope that is perhaps most convincing. As Simone Weil reminds us, “if we ask our Father for bread, he will not give us a stone.”

The third and final portion of Handel’s Messiah,

immediately following the “Hallelujah Chorus,” begins with “I Know That My Redeemer Liveth,” a soaring, spectacularly beautiful soprano solo setting of the following text from Job, with a concluding sentiment from First Corinthians:

I know that my redeemer liveth, and that he shall stand at the latter day upon the earth;

And though worms destroy this body, yet in my flesh shall I see God.

For now is Christ risen from the dead, the first fruits of them that sleep.

From the depths of despair, literally from the middle of a pile of ashes, Job clings to a hopeful story, that there is a transcendent and triumphant divine response to human incapacity, despair, and hopelessness. It’s a wonderful story. How can I not believe it? I hope and pray that it is true. It had better be. 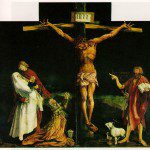 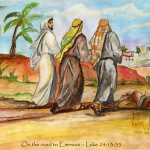 April 16, 2017 We Had Hoped
Recent Comments
4 Comments | Leave a Comment
"back again! here's a truncated version of my two sadly lost replies: find Quarks, Chaos, ..."
madalyn baumstark Managing Our Lives Without God
"I suppose "Philiatic Pedagogy" wouldn't have aroused as much interest."
Illithid Palm Sunday and the Teaching Life
"Far, far too many Christians (am I racist, if I suggest many American evangelicals?) have ..."
brassyhub “I Don’t Know”: The most profoundly ..."
"Agree, but I also have a great Guardian Angel who has bailed me out many ..."
bill wald “I Don’t Know”: The most profoundly ..."
Browse Our Archives
Follow Us!