Am I an Impostor? Do I Have Any Real Significance?

Am I an Impostor? Do I Have Any Real Significance? August 1, 2017 vancemorgan

Drawing on data gathered during the most recent decennial survey of the American populace, the U.S. Census Bureau announced Wednesday that the country is composed of more than 316 million complete nothings who do not matter in the least. The Onion, 4/30/14

At my youngest son’s Master’s degree graduation ceremony three summers ago, the Dean of Students offered a few closing remarks before officially conferring degrees on the several hundred graduates. “I know all of you have experienced impostor’s syndrome during your journey to this day,” she said, “that nagging and creeping suspicion that it isn’t really true, that you haven’t actually earned your degree. But it’s true. You have earned it. Congratulations!” 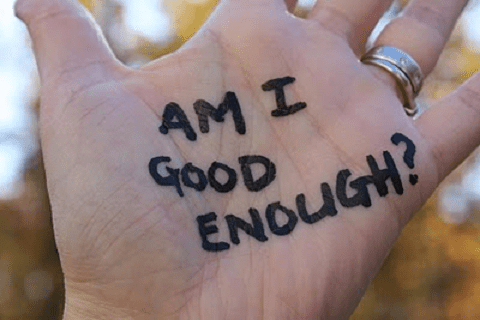 There were many knowing nods and smiles in the crowd, because who hasn’t had moments of severe insecurity, times of worrying that today is the day that everyone will finally discover that you are a total fraud? Justin noted that when he went to the check-in table on the day of graduation to register and pick up his robe, hat, and hood he was expecting the person on the other side of the table to say that she had no record of him.

According to data compiled by the Census Bureau, no one has ever heard of 89 percent of Americans, while 93 percent do not possess even a single unique quality worth mentioning at all. In addition, officials affirmed that 76 percent could disappear tomorrow and nobody would know, care, or be affected in any way, and in fact the country might be better off without them.

I remember clearly the many times during my college years that I thought something along the lines “If they (my fellow students, professors, wife, kids, the janitor) every find out how little I know, how scared I am, or how totally unqualified I am for all of this . . .” Because six years passed between my BA and starting graduate school, I decided to do my Master’s work at a small philosophy graduate program before moving on to a high-charged PhD program.

The Master’s was scary enough, but I was sweating bullets all the time when doctoral classes began. My comments in class were received without laughter or dismissal, there was an “A” written at the end of papers returned from my professors, but my internal tape was always playing “Yeah, but . . .” My first days in front of a classroom as a graduate assistant with his own group of students were even worse, because there I really was an impostor. I had zero qualifications as a teacher other than having taken lots of classes myself; the first time a student who didn’t know any better called me “Professor Morgan” I thought I was going to pass out.

Based on our analysis, we can conclude that the United States is a broad patchwork of nobodies; a collection of hundreds of millions of insignificant data points who, across all demographic characteristics, share the common trait of being entirely unexceptional. We tallied almost a third of a billion citizens one by one from all walks of life and discovered that each individual was even more forgettable than the last.

The impostor syndrome is closely related to an even deeper and more disturbing problem, the insignificance syndrome. This is what the quotes from The Onion are brilliantly and satirically plugging into—the deep fear that in the ultimate scheme of things, we don’t matter at all. Blaise Pascal focuses directly on this syndrome in his Pensees:

Let man then contemplate the whole of nature in its lofty and full majesty . . . This whole visible world is only an imperceptible trace in the amplitude of nature. . . . Let man consider what he is . . . as lost in this remote corner of nature, and from the little cell in which he finds himself lodged, I mean the universe, let him learn to estimate the just value of the earth, kingdoms, cities, and himself.”

The Psalms play on human insignificance frequently, as in Psalm 8:

When I consider your heavens,

the work of your fingers,

the moon and the stars,

which you have set in place,

what is mankind that you are mindful of them,

human beings that you care for them?

No wonder we often feel that we are largely insignificant and are impostors every time we seem to be important. Because we are.

The most remarkable and shocking feature of theistic belief systems is their attempts to convince us that in spite of our insignificance and ludicrous pretensions, the divine takes notice. Last Sunday’s  Psalm was 139:

O LORD, you have searched me and known me.

You know when I sit down and when I rise up;

you discern my thoughts from far away.

You search out my path and my lying down, and are acquainted with all my ways.

You hem me in, behind and before, and lay your hand upon me.

If I take the wings of the morning and settle at the farthest limits of the sea,

even there your hand shall lead me, and your right hand shall hold me fast.

If I say, “Surely the darkness shall cover me, and the light around me become night,”

even the darkness is not dark to you;

the night is as bright as the day, for darkness is as light to you.

But for me, Psalm 139 rings as true as Psalm 8; each touches nerves of reality that cannot be ignored. Perhaps there is one place where I do not need to be an impostor or be overwhelmed by my insignificance, a place where I am known better than I know myself and am valued more highly than I could ever manufacture. Now all of those billions of insignificant data points look very different. And so do I. 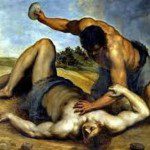 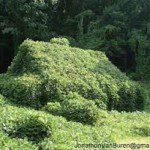