Jesus, Mary, and Joseph in Cages: Why Faith is Always Political

Jesus, Mary, and Joseph in Cages: Why Faith is Always Political December 17, 2019 vancemorgan

When Claremont (California) United Methodist Church unveiled its annual outdoor Nativity last week, it caused a stir that made the news on virtually every national outlet and sparked a debate that continues to rage on social media. This was no traditional, baby-in-a-manger tableau. Instead, Joseph, Mary and the baby Jesus had been separated and locked up in individual chain-link pens, topped by barbed wire fencing. 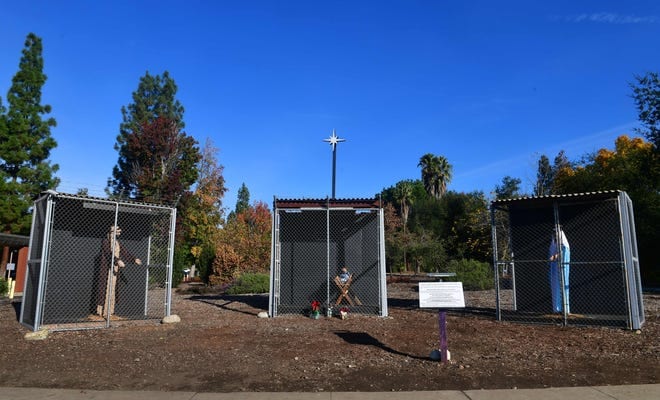 This Nativity scene was intended to reflect the plight of immigrants and asylum seekers whose families have been separated on our southern border; Rev. Karen Clark Ristine said that her congregation considered the point of the display to be theological rather than political. But as the LA Times reported,

The image has sparked a heated national debate about spiritual boundaries and moral commitments. Its caustic tenor online reflects the state of dialogue in this country today: warped by political divisions, riddled with gratuitous insults and sabotaged by self-righteousness.

It will come as no surprise that I find this Nativity scene to be entirely appropriate and well within the parameters of what my Christian faith commits me to challenging and pushing back against. But I am most interested, not in the political sides that have been taken, but rather in those who are offended because of the Christmas story being used to make any political statement at all.

Many people, even those who are not Christian, want Christmas to be a season of respite from the demands of real life—our jobs, the 24-7 news screaming at us, impeachment hearings with a likely impeachment trial on the near horizon, and so on. These are not people for whom the holiday season is a time for capitalist gluttony at the mall; rather, it is a time to step back, try to breathe a bit deeper, watch Christmas movies, and plug in to the supposed message of the season: Peace on earth and good will toward all. Joy to the world and all of that.

I truly understand the sentiment and have written this Advent about seeking to “live in the Advent zone” of hopefulness and reflection. I get it. There is something about the classic, peaceful Nativity scene that evokes a sense of the sacred even in people who have little or no faith commitment. Jesus, Mary, and Joseph in cages disturbs all of that and makes us uncomfortable. Can’t we have at least one, tiny space in which we can have a few moments of peace? Is nothing sacred?

But such sentiments can easily turn into tuning out not only the distractions that threaten to consume us on a daily basis, but also the hard truths that stare us in our faces on a daily basis whether we want to see them or not. It is worth remembering that the sanitized, innocent, faux-reverent version of the Nativity story that we so badly want to preserve has little resemblance to the stories actually told in the Gospels, stories involving an unmarried pregnant teen, poverty, rejection, childbirth in a cave, fleeing persecution, and dead babies in the streets. If anything should make us uncomfortable, it is stories like that—as well as similar events in our own time. As the LA Times article notes, “It’s uncomfortable, but that’s what these Nativity scenes are intended to do: disturb us enough that we don’t let holiday trimmings obscure the need to act against the unjust and inhumane.”

Reading and hearing about the furor over this Nativity scene reminded me of a conversation I listened to a couple of weeks ago when Krista Tippett interviewed Serene Jones for On Being, Tippett’s weekly radio broadcast on NPR. Serene Jones is the 16th president—the first female president—of Union Theological Seminary in New York City. Her conversation with Krista Tippett ranged over a number of important and fascinating issues, none more pressing than when the question was raised about whether faith and theology should ever intersect directly with public policy and politics. According to Serene Jones, faith and theology not only should be public, and hence political—they cannot help but be.

In the midst of a wide-ranging conversation, Jones speaks about the nature of theology—not the academic discipline, but the actual content of what one believes and is committed to about what is greater than us.

Good theology absolutely must be public theology. What is theology, if it’s not talking about our collective lives and the meaning and purpose of our lives and how we’re supposed to live together and who God is, in ways that are part of our conversation together? . . . Theology is always very personal . . . if you can’t make personal sense out of that, it doesn’t have any meaning. If it doesn’t weave into the story of your life, it’s just meaningless chatter.

In other words, your theology and faith, if they actually are more than simply a list of things to believe with little impact on your daily life, will shape and inform how you are in the public square. And this, Serene Jones continues, means that theology and faith are always political.

If Jones is right about this, then the distinction that Rev. Ristine makes between theology and politics may be impossible to sustain. Theological commitments always shape our actions, which necessarily leads to social and political commitments.

Although I have written frequently in this blog about how my Christian faith leads directly to my liberal political and social commitments, that’s not my primary purpose today. Rather, my point is simply that our often-well-meaning attempts to make faith a “politics-free” zone are likely to fail, unless we are willing to sanitize and dilute faith to the point that it is little more than words. Instead of seeking to separate the sacred from the secular, persons of faith should be willing to demonstrate in various public ways how their theology informs their daily lives. I understand the discomfort some people feel when the innocent image of the Nativity is recast to spotlight troubling moral issues. But as I often tell my students when in the middle of discussing challenging issues, comfort is vastly overrated. 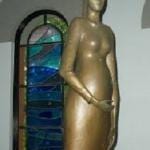 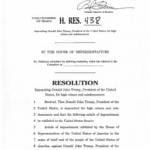 December 18, 2019 Some Thoughts about Impeachment Day--from 400+ years ago
Recent Comments
0 | Leave a Comment
"There was a movie some decades ago (which spun off into a TV series) about ..."
Neil Brown A Modest Proposal: Should My Time ..."
"First of all…GREAT article on a subject that already interests me…Personally I have seen things ..."
Charlie Rivers The Truth Will Mess You Up
"I always love it when people quote random scriptures out of context. Now explain what ..."
Vance Morgan Faith Is About Asking the “What ..."
"The FallNow the serpent was more crafty than any of the wild animals the Lord ..."
AM Faith Is About Asking the “What ..."
Browse Our Archives
get the latest from
Freelance Christianity
Sign up for our newsletter
POPULAR AT PATHEOS Progressive Christian
1