As I do every year, I am spending the weeks between the fall and spring semesters of the academic year getting caught up on my reading. I have all sorts of novels piled up in the bedroom and our library room, but most of them will have to wait until next summer. My “catching up” energies over the last couple of weeks have been mainly focused on copies of the The Atlantic and The New Yorker magazines that have been piling up on my bedside stand since last August. I’m almost caught up on The New Yorker, after which I’ll start working on the August 2019 Atlantic and work forward.

The 12/23/19 edition of The New Yorker leads with a remarkable and memorable essay by Peter Schjeldahl, who has been the magazine’s art critic for the past twenty years. The essay, “77 Sunset Me” (it’s subtitled “The Art of Dying” in the Table of Contents), is Schjeldahl’s memoirish reflection on vignettes of his life after having received a diagnosis of terminal lung cancer not long ago. The essay is honest, often brutally so, and full of wisdom both hilarious and poignant. As a bonus, Schjeldahl references both Michel de Montaigne and Simone Weil, the two philosophers who have, over the past many years, influenced my own thought and life more than any others. I will be teaching an honors colloquium on Montaigne this coming semester, and Simone makes it into my writing and classes on a regular basis (yes, she and I are on a first-name basis).

About halfway through his lengthy essay, Schjeldahl notes his agreement with one of Weil’s most striking claims. “Simone Weil,” he writes, “said that the transcendent meaning of Christianity is complete with Jesus’ death, sans the cherry on top that is the Resurrection. I think so.” In one of the “coincidences” that happen so often that I do not believe them to be coincidental, I discussed the very passage from Weil that Schjeldahl is referring to in my blog post on the day after Christmas.

The actual passage from Weil, from a letter she wrote to a Dominican priest friend, is as follows:

Schjeldahl reflects on this passage after noting, as both an art critic and a man who is dying, on the power of Hans Holbein’s “Dead Christ,” a painting that reportedly shook Dostoevsky’s Christian faith.

“I believe in God” is a false statement for me because it is voiced by my ego, which is compulsively skeptical. But the rest of me tends otherwise. Staying on an “as if” basis with “god,” for short, hugely improves my life. I regret my lack of the church and its gift of community. My ego is too fat to squeeze through the door.

His point is worth considering for all who seek to locate themselves within the context of the transcendent. Whether one is an atheist or the most dogmatic and hard-core person of faith, what Iris Murdoch calls the “fat, relentless ego” always threatens to get in the way. One person’s need to be right, to be certain, and to defend that unwarranted certainty against all comers, just as much as another person’s dogmatic commitment to skepticism, regularly guarantees that our other ways of knowing, our “rest of me,” will get pushed to the side.

Schjeldahl continues by noting that, at least in his experience, the fat ego’s need to dominate belief fades with accumulating years, experience, and maturity.

Disbelieving is toilsome. It can be a pleasure for adolescent brains with energy to spare, but hanging on to it later saps and rigidifies. After a Lutheran upbringing, I became an atheist at the onset of puberty. That wore off gradually and then, with sobriety, speedily.

Christian Wiman, who has a poem in the same New Yorker as Schjeldahl’s essay, writes in My Bright Abyss that he shares Schjeldahl’s perspective when it comes to God. “Mostly I simply try to subject myself to the possibility of God. I address God as if.” Makes sense to me.

At the end of “77 Sunset Me,” Schjeldahl makes a striking observation:

In an NPR interview ten days ago, Scott Simon asked Schjeldahl to say more about what he meant when he wrote that “God creeps in.” Schjeldahl answered that 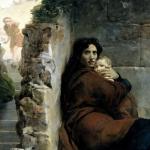 December 29, 2019
A Family on the Run, and Dead Babies in the Streets
Next Post 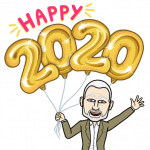 Straining at gnats and swallowing camels
slacktivist
Books by This Author Books by Vance G. Morgan 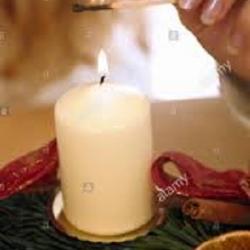 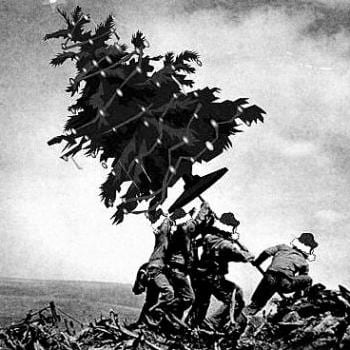 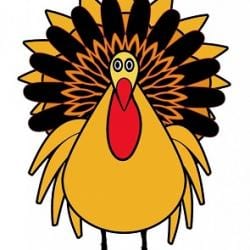 Progressive Christian
What are YOU Thankful for this Thanksgiving Week?
Freelance Christianity