Liberal Christianity on the Rise

For those who are convinced that “Liberal Catholic Faith” or, more broadly, “Progressive Christianity” are oxymorons, read on. I am not Catholic, but—as I often tell my students—I could play one on TV. I have spent the past thirty-plus years, first as a PhD student, then as a professor, as a non-Catholic teaching in Catholic institutions of higher education. 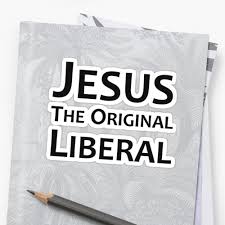 I can safely say that a significant majority of my Catholic colleagues and friends over the years, many of whom consider themselves to be “devout,” hold commitments that place them far nearer the progressive/liberal end of the social/political spectrum then the conservative end. The same is true of the vast majority of my non-Catholic Christian friends and colleagues who take their faith seriously. And this is not a surprise.

In her article, Dias writes that

[Biden’s] arrival comes after four years in which conservative Christianity has reigned in America’s highest halls of power, embodied in white evangelicals laser-focused on ending abortion and guarding against what they saw as encroachments on their freedoms.

With Biden, “a different, more liberal Christianity is ascendant: less focused on sexual politics and more on combating poverty, climate change and racial inequality.” For someone like myself, who has frequently claimed on this blog and elsewhere that I am a liberal because I am a Christian, this—if true—is very good news. But, clearly, not everyone agrees with me.

As presented in the Gospels, Jesus was not a one issue guy. Unless, that is, one considers “love” to be a unifying issue. In his inauguration address, President Biden quoted St. Augustine, who in his City of God wrote that “a people is a multitude defined by the common objects of their love.” I have never been a huge fan of St. Augustine (I often tell my students that, with his focus on sin and human imperfection, Augustine was the first Protestant, a thousand years early), but this passage from The City of God is very helpful. As Princeton professor of religion Eric Gregory commented, this passage is useful in efforts “to open up the space for a nontheocratic way for Christians to understand what it means to be citizens in a plural society.” Justice, equality, mutual respect, concern for the “least of these,” are all objects of love that persons of all faiths can share, even with those with no faith commitment at all.

These are the objects of love toward which everything Jesus is reported to have said and done is pointed. Widows, orphans, the poor, the disenfranchised—these are the people who Jesus always raises to our attention as the most worthy recipients of attention and care. Such attention and focus is the purpose of what, in Catholic social thought, is called the “preferential option for the poor.” At the post-inaugural prayer service the day after the inauguration, Rev. William J. Barber II urged those present to address “interlocking injustices of systemic racism, poverty, ecological devastation/denial of health care, the war economy, and the false moral narrative of religious nationalism.” These are among the common objects of love that should draw the attention of everyone who loves this country and her or his fellow citizens, regardless of religious or faith commitment. 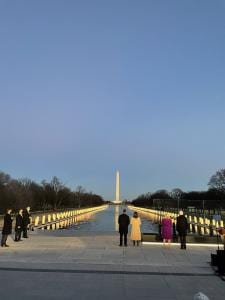 I found many of the inauguration events to be moving, but none more moving than the memorial service for the more than 400,000 Americans who have died because of Covid-19 that the President and Vice President led at the reflecting pool in front of the Lincoln Memorial the evening before the inauguration. Paul directs the Romans to “rejoice with those who rejoice, and weep with those who weep,” while the author of Ecclesiastes reminds us that “for everything there is a season, and a time for every purpose under heaven,” including “a time to mourn, and a time to dance.” So many of my friends and acquaintances on social media have described how the event brought them to tears, even sobs, as for the first time a space for collective grief, a grief that knows no party affiliation or doctrinal commitment, was created.

As if in fulfillment of the promise of Psalm 30:5, that “weeping may tarry for the night, but joy comes in the morning,” millions of people in this country and around the world breathed a deep sigh of relief the next day, as Joe Biden and Kamala Harris were sworn into the offices to which they had been elected. I fully understand that for many reasons, most of which are beyond my comprehension, millions of others did not celebrate on January 20th. But this is the way that democracy works; it was a relief to see it work this way once again, given how close we came to seeing our two-and-a-half century national experiment fail just two weeks earlier.

So, what are our common objects of love? What can we agree on as appropriate focuses of hopes and dreams, as well as of actions and commitments, as we seek to emerge from significant trials as a more healthy and unified people? I have few answers to these questions, but I know that, for me at least, they will be rooted in my understanding of what it means to be a Christian person of faith. At the very least, it means the refusal to exclude and the refusal to think tribally. It means, in the words of Rev. Kevin O’Brien who gave the homily at the mass the President and others attended on the morning of his inauguration, “to help and protect people and to advance justice and reconciliation, especially for those who are too often looked over and left behind.” As in the response in the Episcopal Book of Common Prayer says, “we will, with God’s help.” 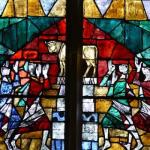 January 29, 2021 The Best of 2020 #2: Idolatry and Abortion
Recent Comments
0 | Leave a Comment
"The same way creationists would haveTheyd be dead"
KDNDLKJ Noah and his Children: Bad New ..."
"I wonder how YOU would have adapted to the aftereffects of a 6 mile wide ..."
Plcc07777 Noah and his Children: Bad New ..."
"That would be me. We were asked in a church liturgy group once to tell ..."
jekylldoc Why Jesus was Obsessed with Outsiders
"This is the second time in a week that I have heard stories about the ..."
jekylldoc I’m not trying to fix you. ..."
Browse Our Archives
get the latest updates from
Freelance Christianity
and the Patheos
Progressive Christian
Channel
POPULAR AT PATHEOS Progressive Christian
1

What do you see when you turn out...
Trying to start out the new year with a fresh(-ish) slate by...
view all Progressive Christian blogs
What Are Your Thoughts?leave a comment
Copyright 2008-2021, Patheos. All rights reserved.