Love That Will Not Let Me Go

One of the required performances for a professor returning from sabbatical is a public talk on campus related to her or his research and writing during the months away from the classroom and campus. 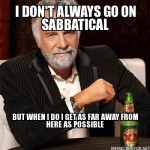 During the first weeks of my current sabbatical, I’ve been looking at some of the results of my Spring 2009 sabbatical, including the talk that I gave in Fall 2009 once I returned. Here is the beginning and end of it—a reminder of where I was then and where I have been going since then.

Introduction: The student of Western philosophy confronts a series of either/or dualisms which apparently demands that a side be taken on a number of matters, ranging from metaphysical through epistemological to ethical. Although contemporary philosophers have frequently and successfully attacked dualism in all areas of philosophy, surface level dualistic descriptions of the playing field are sometimes helpful in getting oriented to the strange and wonderful world of philosophy. After more than twenty-five years as a student and teacher of philosophy, I find that my own orientation on the dualistic playing field reveals some important patterns. 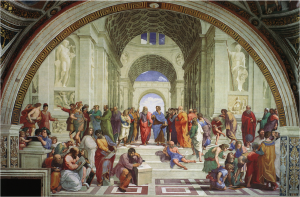 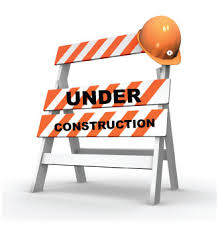 If there is such a thing as human nature apart from particular human beings, I believe it is, to use Flannery O’Connor’s wonderful phrase, “something under construction” rather than a fixed form. These preferences incline me toward doubt and open-endedness in epistemology, toward suspicion in metaphysics, and cause me to both embrace pluralism and venture close to the kingdom of relativism in ethics.

These preferences are also, at least at first look, in direct conflict with the religious worldview within which I was raised. In my conservative and fundamentalist Protestant upbringing, I was taught to believe in the literal inerrancy of the Bible, to accept dozens of statements and claims concerning God and His relationship to human beings as factually true and immune to challenge or question. To ask questions or to doubt, or at least to do these things publicly, was to reveal the weakness of my faith. 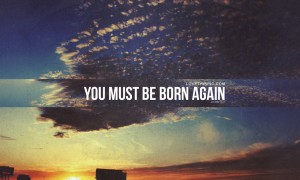 The primary reason for being a Christian, for being “born again,” was to be saved from hell and to go to heaven. The faith I was taught was largely a faith motivated by fear, resulting in a great deal of exclusivity toward and judgment of those who did not believe as we did.

I’m quite sure that one of the primary reasons I ended up in academia and the vocation of teaching was the working out of a very poor fit between the religion I was taught and the person that I naturally am. My natural resonance with questioning and doubt, as well as with what is particular, open-ended, provisional, “this-worldly,” and contingent prepared me well for the academic life and the vocation of teaching philosophy. It is, at the same time, at odds with the faith of my youth at almost every significant point. Yet my Christian faith is part of my heritage, my history, my tradition. It is not an item of clothing given to me as a child that I was free to take off once I “put away childish things.” It is part of my fabric, my DNA. And I have carried it uncomfortably for many years.

A friend’s question from long ago—“How can you be both a philosopher and a Christian?”—has lurked below the surface waiting to be addressed. One of the characters in Iris Murdoch’s novel The Nice and the Good speaks of “the faculty of colouring and structuring [one’s] surroundings into a moral habitation, the faculty which is sometimes called moral sense.” Many of the tools used to build a moral habitation come from one’s tradition and history, including one’s religion. A few years ago, I began the exhilarating but uncomfortable process of bringing the details of my faith up from below the surface where they had lain dormant for years, in the hope of finding for the first time ways to use the tools of my faith along with the tools of my vocation in constructing my moral habitation. How is that project going? 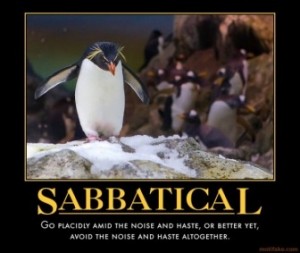 Conclusion Outside the windows of my sabbatical apartment, windows which stretch from floor to ceiling along the entire width of the south side of the apartment, is a beautiful lake. 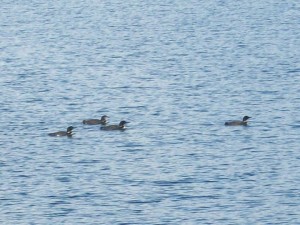 Over the months I lived there, I watched hundreds of birds of dozens of sorts alight on this lake, stay for a while, and then move on. Sometimes they just floated for a while before flying away. Sometimes they plunged beneath the surface for an uncomfortably long time, then popped up way on the other side of the lake. A few I saw only once; maybe they found a better, more private lake where people aren’t staring at them all the time. But the people who are permanent Minnesota residents rather than a visitor as I was say that there are some pairs of birds—all sorts of ducks, loons, grebes, Canadian geese, eagles—who come back every year. For at least a part of every year, Stumpf Lake in Collegeville, Minnesota is their home.

These days I think of faith as being like this lake. I spent time on this lake as a young child, and had no idea it was this big. The portion I thought was the whole world turns out to be the shallow part of one corner of the lake. Upon return, I’m discovering depths that no one’s ever found the bottom of. I’ve never been a big fan of the water, and I’m not a very good swimmer.

But I’m getting better at it, and I don’t need blow-up water wings to stay afloat any more. I’m not sure what I want to call this place where I’ve landed. It’s disturbingly new, yet absolutely familiar. I believe I’m entitled to call it Christianity; as my wife told me a few months ago, I can put whatever label I want on myself. The following from Annie Dillard describes this place pretty well.

I know only enough of God to want to worship him, by any means ready to hand. There is an anomalous specificity to all our experience in space, a scandal of particularity, by which God burgeons up or showers down into the shabbiest of occasions, and leaves his creation’s dealings with him in the hands of purblind and clumsy amateurs.

If the stories in the Bible have any truth to them, apparently God has an inexplicable love for “purblind and clumsy amateurs”— 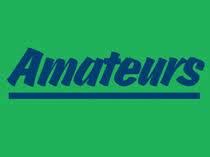 just look at the disciples and others who followed Jesus. Just look at me and everyone else I know who is trying the Christian incarnational narrative on for size. The only people who regularly annoyed Jesus were the people who professed to be something other than clumsy amateurs in matters of faith. But the root of “amateur” is “amator,” the Latin word for “lover.” And that’s what I find here—a love that will not let me go. I find that to be amazing.

And I still do. Thanks to those of you who have been sharing this journey with me on this blog!