A number of years ago, during a public forum on my campus focused on steps we might take toward addressing the fact that we had a blindingly white student body, faculty, and administration, one of my senior faculty colleagues raised his hand and asked the question that a number of people in the room were probably wondering, but didn’t have the guts to ask: Why do we want to have a diverse campus? Despite its serious violation of all standards of political correctness, it was a good question, one that bears asking regularly. With immigration front and center in our increasingly polarized national debate, focusing on building a wall, tightening the borders, and keeping those “others” from swarming into our country, taking our jobs, and making us unsafe, the question needs to be asked and answered: Is diversity an important value? 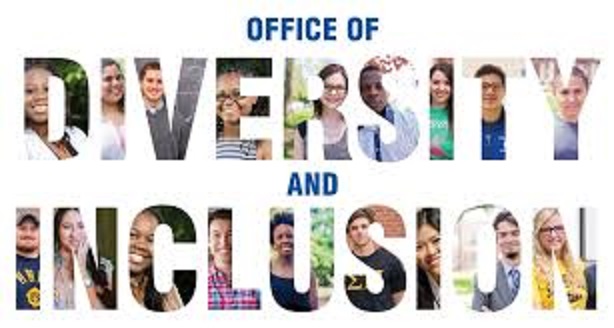 I had the opportunity to tell the story of my colleague who wondered why we would want a diverse student body to two or three of my students during the oral exams that I conducted at the end of last semester. The theme of our just completed colloquium was “Beauty and Violence: The Problem of Natural Evil.” Our continual focus was the following question: What might we be able to speculate about the nature of what is greater than us on the basis of what we observe in and know of the natural world around us? After spending a couple of weeks with large portions of Darwin’s Origin of Species, we spent three weeks of the second half of the semester with John Haught’s God After Darwin. Haught is a Catholic theologian who argues that Darwin’s theory of natural selection, far from being a challenge to Christian thought and commitment, is rather a great gift that provides an opportunity to reimagine God’s relation to our world.

On the assumption that Darwin’s theory is largely true, what might we might speculate concerning a creating Deity who chose, in Teilhard de Chardin’s words, “to make things that make themselves”? Although the evolutionary process is, in Darwin’s description, infused with randomness and is not pointed toward any particular goal, its overall effect among living things is increased complexity and diversification. It is this tendency toward complexity that, Haught argues, provides us with some clues both to possible divine purposes and our human role in the continuing process of creation.

There can be no serious doubt that the natural world has journeyed directionally from simplicity to complexity, from triviality to more intense harmonies of contrast—that is, toward increasing beauty.

Using a phrase from Alfred North Whitehead, Haught defines beauty as “ordered novelty,” arguing that the evolutionary process suggests that God values change more than stability, and novelty more than the familiar. In keeping with any number of contemporary theologians, Haught also argues that we live in an unfinished creation, whose continuing development is one that we are called to assist in. As co-creators of our world, what should our priorities be?

The good life is not only one of refining our own moral mettle, of improving the lot of humanity, or even of pleasing God. Without eliminating these motivations, our reasons for doing good would also arise from a sense that the practice of virtue contributes to the creative enterprise of intensifying cosmic beauty.

If beauty is the product of new arrangements and diverse interactions at all levels of our developing world,

The prospect of bringing about such a harmony of contrasts in the precincts of human relations proves inevitably to be too disruptive for the congenial cult of triviality characteristic of the established. And yet nothing could be more consistent with the aesthetic creativity of the universe itself than the attempt by humans to build inclusive community out of a wide base of diversity.

As I talked with students about these features of Haught’s argument during any number of oral exams last week, I told the story of my colleague who wanted to know why we would want to have a more diverse campus population. “Diversity” is a catch word for any number of things nowadays; the assumption is often that my colleague’s question was the height of ignorance and everyone “knows” that diversity is a good thing. But in a world in which fear of the “other” grows every day, in which people are retreating into old patterns of “us vs. them” in all sorts of contexts, and in which difference often is an immediate source of suspicion, deliberately asking why diversity is a value is a worthwhile exercise.

If Haught’s argument is correct, our efforts to make our communities and workplaces more diverse and inclusive are not just a grudging nod in the direction of political correctness or a product of a liberal agendas promoted by academics in their ivory towers. The fact of that matter is that to the extent that we seek to expand inclusiveness across all sorts of differences, we are creatively participating in the ongoing process of cosmic beautification. We are, in other words, doing God’s work.

The process of seeking to develop ordered novelty in our communities is fraught with difficulties. The story of my college’s attempts to diversify its student body is a case in point. When I first started teaching at the college almost twenty-five years ago, two percent of our student body was non-white. Deliberate changes in admissions procedures and financial aid policies, over time, have incrementally made a difference—the percentage of students of color on our campus is now close to twenty percent. These numbers reflect a continuing commitment to ongoing campus beautification that has nothing to do with landscaping or new buildings.

But our strategies to attract a more diverse student body over the past two decades were not accompanied by an equally, if not more, important conversation. What if our plans for diversification are successful? If more diverse students actually show up here, what changes do we need to make to our campus infrastructure and culture—a culture built over the years to accommodate a non-diverse community—to ensure that our increasingly diverse student body will feel recognized, valued, and wanted beyond simply being a contributor to better looking numbers in the college’s promotional materials?

Since we did not have that conversation then, we find ourselves in the middle of it now. Over the past couple of years in particular, we have found that true diversity is not established by better numbers. The real work of creating “ordered novelty” on our campus is an ongoing work in progress as we struggle—often publicly and messily—to “build inclusive community out of a widening base of diversity.”

No better model can be found of divine commitment to the beauty of diversity than the motley group of people who flocked to Jesus. According to the gospels, persons from every rung of the social ladder were attracted to this man who saw people, not gender, race, social status, wealth, or religious commitment. His stories emphasized that God both welcomes everyone and calls us to create communities that reflect the beauty, complexity, diversity, and unpredictable novelty of the natural world. Beauty always walks a fine line between order and chaos, stability and unpredictability, comfort and disorientation. We should fully expect all the above to be fully present as we seek to create inclusive communities out of broadly based diversity. But when we do so, we are doing God’s work. 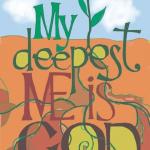 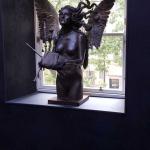 July 22, 2018 Don't Be Afraid
Recent Comments
0 | Leave a Comment
Browse Our Archives
get the latest from
Freelance Christianity
Sign up for our newsletter
POPULAR AT PATHEOS Progressive Christian
1