Twelve Years Ago, My Life Changed–here’s why

Exactly twelve years ago today, I headed home from a four-month sabbatical as a Resident Scholar at the Collegeville Institute for Ecumenical and Cultural Research, on the campus of St. John’s University in Collegeville Minnesota. I already suspected then, and I know now, that it was a life-changing sabbatical. Exploring the implications of what happened to me during that sabbatical has been the primary focus of this blog for almost nine years, as well as the inspiration for two books: Freelance Christianity (Cascade Books, 2016) and Prayer for People Who Don’t Believe in God (Wood Lake, 2019)—when you get to the end of this essay, you’ll find a link on the right to information about those books.

Over this coming summer, I will be looking back at some previous essays that consider various aspects of those months, twelve years ago, that changed my life. First up today is an essay from six years ago, inspired by the New York Times best-selling author who during the 2015-16 academic year had an office across the hall from mine—and who was the very reason why I went to Collegeville in the first place. With a bit of editing for length and a couple of updates, here is that essay, originally called “Strange and Beautiful.” Enjoy! 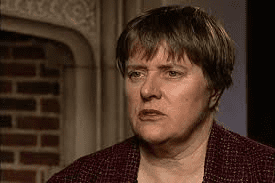 Forgive me for name dropping, but on my birthday a couple of weeks ago, I went to dinner with a New York Times best-selling author earlier this month.. Kathleen Norris, author of Dakota, The Cloister Walk, Amazing Grace, and a number of other wonderful books is a visiting scholar at Providence College this academic year and occupies an office that is literally across the hall from mine. I have known Kathleen for a number of years, but she was responsible for changing my life before we ever met.

I am currently in my final semester of teaching before a year-long sabbatical. It seems like only a few months ago, but eight years ago I was in exactly the same situation—a sabbatical semester (the second of my career) on the horizon. During my first sabbatical, all the way back in 2002, I didn’t go anywhere; instead, I holed up in my office and wrote the first draft of an academic book that was published two years later. As I began to think about my second sabbatical on the horizon, I knew that I wanted to go somewhere for at least part of the semester (that’s what normal academics on sabbatical do), but my career has been shaped to fit the campus where I have now taught for twenty-one years. I didn’t even know where to begin.

A few months earlier I had picked up a book called The Cloister Walk while wandering around Borders. I liked the picture on the cover, which announced that the book was a New York Times Notable Book of the Year and contained the following review excerpt from The Boston Globe: 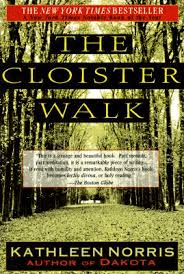 This is a strange and beautiful book . . . If read with humility and attention, Kathleen Norris’s book becomes lectio divina, or holy reading.

The Cloister Walk became my bedtime reading—a book that defies description or summary. Following Norris’s quirky faith through the liturgical year was both strange and beautiful just as the NYT reviewer promised; as another reviewer wrote, “she writes about religion with the imagination of a poet.” I had no idea before I picked the book up that this was exactly what some unknown part of me had been looking for, nor did I know that on a practical level it would point me toward where I would spend my sabbatical semester a year later.

Kathleen’s experiences that frame The Cloister Walk occurred during two separate residencies at the Collegeville Institute for Ecumenical and Cultural Research on the campus of St. John’s University in Collegeville, Minnesota. While there, she immersed herself in the daily Liturgy of the Hours with the Benedictine monks at St. John’s Abbey about a ten minute walk away; she writes that the Benedictines refer to their daily office as “the sanctification of time.” The Cloister Walk is the fruit of that liturgical immersion—a “strange and beautiful book” written by a woman who I would come to know as equally strange and beautiful. As I read, I unexpectedly resonated with the eclectic spiritual vision of a fellow traveler steeped in Protestant tradition as I am—except that she was strangely attracted to the Benedictines and their ancient Rule.

An important aspect of monastic life has been described as “attentive waiting.” A spark is struck; an event inscribed with a message—this is important, pay attention—and a poet scatters a few words like seeds in a notebook.

Kathleen describes in The Cloister Walk the frustration that her fellow resident scholars at the Institute felt with the poetic and decidedly non-academic energies she brought to their collective work, a frustration that I must confess I as an academic also occasionally felt when wandering through the intuitively organized labyrinth of her book. But then, those who seek God must learn that there are as many paths to the divine as there are persons following a path.

When it comes to faith . . . there is no one right way to do it. Flannery O’Connor once wisely remarked that “most of us come to the church by a means the church does not allow,” and Martin Buber implies that discovering that means might constitute our life’s work. He states that “All [of us] have access to God, but each has a different access. God’s all-inclusiveness manifests itself in the infinite multiplicity of the ways that lead to him, each of which is open to one [person].”

I had no idea at the time just how badly I needed to hear that. On a deep level I had ceased hoping to find my unique spiritual path over the years, weary of running head on into what a monk described to Kathleen as “the well-worn idol named ‘but we’ve never don’t it that way before!’ And people wonder how dogmas get started!”

At the time I did not trust my ability to hear a possible word from God—I entirely relied on my intuitively attuned wife to do that for me. But as I worked my way through The Cloister Walk I realized that something more than my usual resonance with a fine writer’s craft was going on—I wanted what she was writing about. Literally. I contacted the Collegeville Institute for Ecumenical and Cultural Research, applied to be a resident scholar for my sabbatical semester during the first five months of 2009. 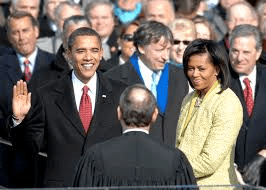 On the day that Barack Obama was inaugurated as our 44th President, a crystal clear Minnesota January day with a high temperature of zero degrees, I found myself in a tiny apartment situated in the very same complex and on the shores of the very same lake I had read about eighteen months earlier. What on earth was I doing here away from Jeanne and my dachshund Frieda, all alone surrounded by a bunch of people I didn’t know? The only good answer was that I wanted what I had read about. And the rest is (my recent) history.

Professionally, what I carried from that sabbatical was a new way of writing (that a three  years later turned into this blog) and a bunch of academic essays that were never published (because I never sent them out). But I was changed from the inside out. I immediately tested the waters of daily noon prayer with the monks up the hill at the Abbey, a commitment that within a few weeks became a three-times-a-day habit. The prayers were important, but inhabiting the Psalms as a collective body opened a “deepest me” space that I have come to recognize as the place where the divine in me hangs out. Every possible human emotion and every possible encounter with the divine is in those ancient poems.

[The Psalms’] true theme is a desire for the holy that, whatever form it takes, seems to be a part of the human condition, a desire easily forgotten in the pull and tug of daily life, where groans of despair can predominate.

One day at noon prayer, one of my friends from the Institute directed my attention toward the row behind us. “That’s Kathleen Norris!” my friend whispered in a slightly too-loud-for-noon-prayer voice. That evening Kathleen—on campus for a university board meeting—visited the Institute for dinner. For the current Resident Scholars, it was like a visit from the Beatles. Like any groupie, I made sure Kathleen signed my copies of her books (I had them all in my apartment) and we spent three or four minutes in one-on-one conversation (which I was sure she would not remember). But just meeting the person whose book had brought me to this wonderful place in the middle of nowhere was enough.

A year and a half later, while I was back in Collegeville for a writer’s workshop at the Institute. Unexpectedly, Kathleen and I were both staying at the Abbey Guesthouse (she was not part of the workshop–I forget why she was on campus). 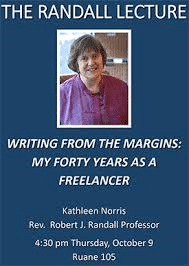 We had several breakfasts and lunches together, enjoyed some conversation on the guesthouse patio overlooking the lake, and a friendship was formed. I particularly enjoyed the envious looks on my workshop colleagues’ faces when they observed me lunching with a world-famous author in the cafeteria one day. And now, several years later, she’s our current endowed scholar on campus and inhabits the office across the hall. I’m proud to say that I’m the one who suggested her to the selection committee.

When my birthday came a couple of weeks ago, Jeanne and I took Kathleen out to dinner—she’s a great conversationalist and we had a wonderful time. It’s strange how things work out. Last August, just a few days before the beginning of the new academic year, I was sitting in the atrium of our student center minding my own business and I heard a voice from the stairs behind me—“I know you!” It was Kathleen. “And I know you too,” I thought. “You’re the person who changed my life.”

May 20, 2021 Why Graduation Day and Pentecost Belong Together
Recent Comments
0 | Leave a Comment
Browse Our Archives
get the latest from
Freelance Christianity
Sign up for our newsletter
POPULAR AT PATHEOS Progressive Christian
1