No One Owns God

Over the past few weeks, I have received more negative comments on my blog than usual. Most of them have been posted on my blog’s Facebook page rather than on the blog itself; this is undoubtedly because when I pay a few bucks to promote a post on Facebook, it goes more people than the choir that I am usually preaching to. Most of these comments are negatively energized by the (correct) perception that this site, callled “Freelance Christianity,” represents the possibility that no one owns the Christian faith, or any faith. No one owns God. That apparently is a threatening idea for many people.

There are several contemporary writers on spiritual issues and matters of faith whose work I admire so greatly I that purchase their latest books as soon as they are published—I have my Amazon account set up to send me such “heads up” announcements. These are authors whose books never fail to both deepen and broaden my own perspectives and attitudes about faith and what is greater than me. The list includes Anne Lamott, Joan Chittister, Annie Dillard, Nadia Bolz-Weber, Lauren Winner and, more recently, the late Rachel Held Evans. Interesting that the first half-dozen names on the list that come to mind are women—but not surprising.

At the very top of the list is Barbara Brown Taylor, whose work I resonate with on almost every page. When I read Taylor’s books, I feel as if I’m reading a memoir of my own spiritual journey and a description of the current state of my faith, just much more eloquently expressed than I can manage. One of her recent books, Holy Envy, is about encountering faith traditions other than one’s own, written as a memoir of Barbara Brown Taylor’s years teaching World Religions 101 at Piedmont College in Georgia, a faculty position she took after stepping away from the Episcopal priesthood (a journey described in her 2007 memoir Leaving Church).

Taylor’s narrative is as much about how the experience of introducing her undergraduate students, the large majority of whom come from evangelical Protestant Christian backgrounds, to faiths other than Christianity widened her own vision and changed her own faith as it is about the transformation of her students. In a middle chapter, Taylor provides two metaphors for what’s going on when human beings try to understand the divine, particularly when that understanding is packaged in religious absolutes. Referencing Robert Farrar Capon as the source of the metaphor, Taylor suggests that 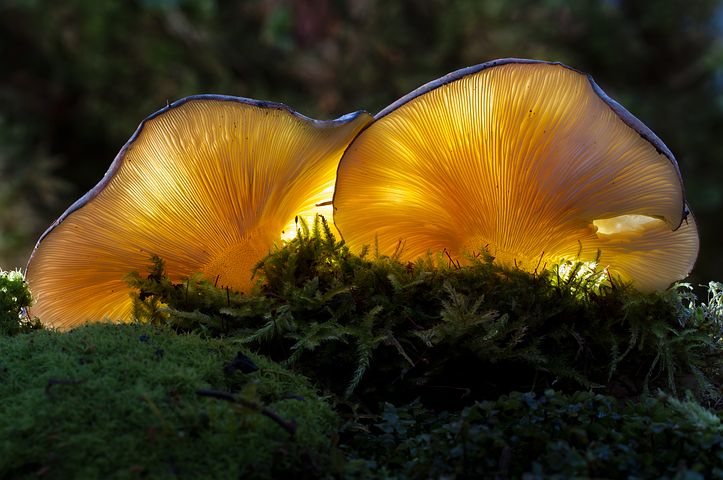 Non-religious folks sometimes describe religious disagreements between persons of different faiths as a competition concerning whose imaginary friend is more powerful. The oyster metaphor “frees believers to question each other’s absolutes, test them, challenge them, and improve them without believing we can know for sure which oyster wins.” The ballerina is not imaginary; she exists, but no oyster perspective can justifiably claim to be truer than any other.

As philosophers like to say, the metaphor illustrates the “ontological difference” between human beings and what is greater than human beings. But the gap between humans and God is much greater in an ontological sense than the oyster/ballerina gap. Michel de Montaigne, writing in the midst of the sixteenth-century French Wars of Religion, brutally violent conflicts between Catholics and Protestants in the wake of the Protestant Reformation over which version of Christianity was more “right,” often commented on the absurd confidence we tend to assume when speaking about God.

What is more vain than to want to guess at God by our analogies and conjectures, to regulate him and the world according to our capacity and our laws, and to make use at the expense of divinity of that small sample of sufficiency it has pleased him to dispense to our natural condition? . . . We prescribe limits for him; we besiege his power with our arguments . . . What! Has God put into our hands the keys and the last resorts of his power? Is he obliged not to exceed the limits of our knowledge?

God is God and we’re not, in other words. Strangely, we tend to forget this most readily when the stakes are the highest

The primary point of Holy Envy is to let such reminders open a door to learning about and to experiencing faith traditions other than one’s own, doing so with a willingness both to embrace difference and let expanded experience challenge and transform one’s own faith commitments. The lessons learned are also directly applicable to divisions within one’s own religious framework. I am regularly reminded, when reading through the dozens of comments on this blog, of just how different the Gods of various competing Christian perspectives are, so different as to be almost unrecognizable as imagined pictures of the same being.

What is interesting, and could be both educational and informative for all parties involved, becomes problematic and even toxic when those parties move from “Wow, that’s really interesting . . . I never thought of that!” to “You could not be more wrong, and you’re both a moron and a heretic.” Openness turns to defensiveness in an instant when one oyster’s favorite belief concerning the ballerina is denied or contradicted by another oyster.

A page or two after the oyster metaphor, Barbara Brown Taylor provides another useful metaphor, this time borrowed from British theologian John Hick. Hick references the Copernican revolution, the shift from a geocentric to a heliocentric model of the solar system, a shift that, among many other things, helped to establish the important but difficult truth that human beings are not the center of the universe. As Taylor describes, Hick then proposes that

it is past time for a Copernican revolution in theology, in which God assumes the prime place at the center and Christianity joins the orbit of the great religions circling around . . . Absolute truth moves to the center of the system, leaving people of good faith with meaningful perceptions of the truth from their own orbits. This new map does not require anyone to give up the claim to uniqueness. It only requires the acceptance of unique neighbors, who concur that the brightness they see at the center of everything exceeds their ability to possess it.

Venusian, Earth-bound, and Martian perspectives are all available for investigation, refinement, and growth—at some point, interplanetary visits might make it possible to experience what the truth looks and feels like from an entirely different angle, all the time both continuing to cherish one’s original perspective and refusing to insist that it is the “only” or the “best” perspective on the truth.

The metaphor is not perfect—no metaphor ever is. The planets are not equidistant from the sun, for instance, and I can imagine those on Mercury making a great deal of noise about their closer proximity to the sun than their fellow orbiters on Earth. Still, the metaphor is useful, inviting development beyond Hick’s own point. Planets are not the only orbiters, for instance. Most planets have moons orbiting them, ranging from Earth’s one to Jupiter’s and Saturn’s dozens of orbiters each, from tiny “moonlets” to moons the size of a small planet. If each planet represents a religion orbiting Truth uniquely, each orbiting moon is a version of the religion/planet it is orbiting. The Christianity planet is orbited by as many moons (at least) as there are channels on the Patheos Christian network of blogs; each moon’s perspective on its related planet is unique, just as the planet’s relationship to the Truth it orbits is unique.

The takeaway? At the very least, such metaphors remind us that no one owns God. Although each person of faith is tempted to treat her or his own version of faith as better than others and, perhaps, even the only valid version, the slightest engagement with other persons of faith even within just one’s own larger religious tradition reveals both areas of overlap and other areas of distinct difference. The same happens, just more strikingly, when one undertakes the religious equivalent of interplanetary travel and engages with the inhabitants of moons circling planets other than ours. Interplanetary travel might be decades in the future, but interfaith travel is possible now. Sometimes it’s as simple as talking to the person sitting next to you.

May 9, 2021 A Mothers Day Reflection: Her Children Rise Up and Call Her Blessed
Recent Comments
0 | Leave a Comment
"As English often has almost contradictory meanings to any number of words (Dust is both ..."
Joris Heise What the Author Meant Does Not ..."
"Nor do the folks at the Good News Site, in Tennessee. They split with the ..."
Judgeforyourself37 God Said It, I Believe It, ..."
"Jesus never said a word regarding abortionFrankly as a woman, along with my husband feel ..."
Judgeforyourself37 God Said It, I Believe It, ..."
"God wants children to be children.She wants adults to act like adults, to be kind, ..."
Judgeforyourself37 What the Author Meant Does Not ..."
Browse Our Archives
get the latest from
Freelance Christianity
Sign up for our newsletter
POPULAR AT PATHEOS Progressive Christian
1