One Wife for Seven Brothers: An important lesson from a strange story

One Wife for Seven Brothers: An important lesson from a strange story November 12, 2019 vancemorgan

A strange story from Luke’s gospel was the gospel for the day last Sunday. It reminded me of something I wrote a few months ago . . .

A conversation overheard as a bunch of guys at a sports bar wait for the big game to begin: 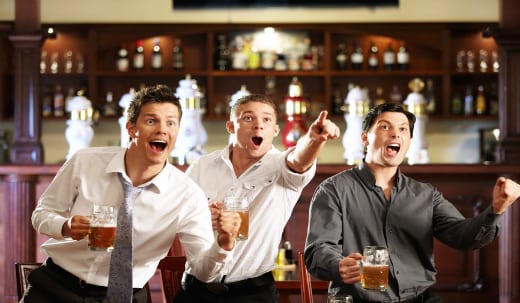 “Dude, I’ve got one for you. There are these seven brothers named Aaron, Bill, Carl, Dave, Eric, Fred and George. Aaron’s the oldest one and he marries his high school girlfriend Paula. But he dies and Bill marries Paula because he thinks it’s the right thing to do.”

“What does that matter?

“If I was Bill, I wouldn’t marry my sister-in-law unless she was hot.”

“Never mind that—it’s irrelevant. So after a couple of years Bill gets hit by a bus on the way to work and Carl, the next brother, marries Paula. But he dies too and so Dave marries Paula.”

“How do they know that Paula isn’t some kind of lunatic who marries guys then kills them? I saw a movie like that once.”

“Dude, it’s not like that. Dave and Paula are married for a while then Dave gets cancer and dies, so Eric marries Paula.”

“Yup. Then George and Paula are flying to Cancun for their honeymoon, the plane crashes, and they both die.”

“Why the hell are you telling us this stupid story? Who cares??

“The question is, in heaven, who is Paula going to be married to: Aaron, Bill, Carl, Dave, Eric, Fred, or George?”

“Are there any kids involved?

“No—none of the guys lived long enough for there to be any kids.”

“She’ll be married to the last one—they were still married when she died.”

“She’ll be married to the first one—that’s the only one that really counts.”

“She’ll be married to the one she loved the most.”

“She’ll be married to the one she had the best sex with.”

“I heard that female praying mantises eat the head of their partner while having sex. Paula kinda sounds like that.”

Put a few beers into a bunch of guys, and this is the sort of conversation that happens. But wait—this conversation isn’t from a sports bar. It’s from last Sunday’s gospel reading from Luke, and the conversation is between a bunch of Sadducees and Jesus. Without going too far into first century Jewish religious politics, the Sadducees were the high-class, overly educated religious liberals of the day, opposed to the Pharisees in most things in the same ways that Unitarians and fundamentalist Baptists are opposed nowadays.

Among other things, the Sadducees did not believe in the resurrection of the dead. So why are they proposing this preposterous one wife for seven brothers scenario to Jesus? Not because they really want to know what he thinks will happen in heaven—they don’t even believe in heaven. No, they are trying to expose this guy from Nazareth as the bumpkin from the sticks that they think he is.

They have heard rumors that he believes in the resurrection of the dead, so they immediately go to the most ridiculous scenario they can come up with, just to make him look like a fool. I do this, at least internally, all the time. I hear or read someone expressing a conservative political position and immediately assume that this person is also a global warming denier and creationist who probably has a Ku Klux Klan outfit hanging in their closet.

After being so blatantly bated, Jesus shows remarkable patience by actually playing along for a bit. People don’t get married in heaven, those who make it to heaven are more like angels than persons here on earth, and so on. But then he drops the big one: “He is God not of the dead, but of the living.” Stop farting around—what I’m about is not what happens after you die. It’s about a transformed life right now. As Jesus says provocatively in another situation, “let the dead bury their dead.” And if you are tired of being spiritually dead while physically alive, stop playing games and follow me.

I am teaching an Honors colloquium next semester entitled “Beauty and Violence,” in which one of the many interesting topics we will investigate is the problem of natural evil, the sorts of destruction and devastation that cannot be blamed on human behavior. There is no doubt that hurricanes, earthquakes, tsunamis, droughts, tornadoes and other natural occurrences cause extensive harm to the interests of human beings on a regular basis.

The problem arises when one tries to square this with traditional theistic belief in an omnipotent, omniscient and omnibenevolent God. In previous iterations of this colloquium, as we dug into various permutations of this issue and consider various ways to “tweak” traditional divine characteristics, my largely Catholic and parochial school educated juniors and seniors found themselves both seriously challenged and unexpectedly invigorated.

They also found that there is far more to a meaningful faith than simply hoping that one is living a good enough life to ensure going to heaven after death. Of far greater importance than wondering whether going to mass occasionally is a sufficient fire insurance policy for the afterlife is challenging one’s beliefs with the incontrovertible facts of now. My students find this both fascinating and confusing; as one wrote in an intellectual notebook entry, “I’ve never been so comfortable in my bewilderment.”

And that’s what Jesus promises—not that our bewilderment with the confusing and challenging aspects of our daily human existence will dissolve, but rather that we will find a source of peace, centeredness and meaning in the midst of the confusion and bewilderment. If we are to be the bearers of the divine into the world, we cannot be exclusively preoccupied with what happens once we are no longer in the world.

Eternal life is a wonderfully attractive promise—even more attractive is that it begins now. In the middle of a world that often seems too much to take we bring the good news that God is with us, bearing every burden and enduring every pain that we are subject to. Faith does not provide a means of escaping the world, but rather a way of changing it. 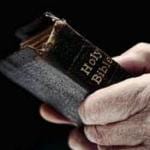 November 10, 2019
Christianity is not a brand or a demographic
Next Post

November 14, 2019 Political Jesus: No, it's not an oxymoron
Recent Comments
0 | Leave a Comment
"First of all…GREAT article on a subject that already interests me…Personally I have seen things ..."
Charlie Rivers The Truth Will Mess You Up
"I always love it when people quote random scriptures out of context. Now explain what ..."
Vance Morgan Faith Is About Asking the “What ..."
"The FallNow the serpent was more crafty than any of the wild animals the Lord ..."
AM Faith Is About Asking the “What ..."
""The truth will set you free" combined with "I am ... the truth" leads to ..."
Neil Brown The Truth Will Mess You Up
Browse Our Archives
get the latest from
Freelance Christianity
Sign up for our newsletter
POPULAR AT PATHEOS Progressive Christian
1