Perfect Love Casts Out Fear–or so we’re told May 2, 2021 vancemorgan

After the mass shooting in a Colorado grocery store a few weeks ago, a woman on Twitter posted this:

I’ve got to go to the grocery store today. The store has 1 front entrance, & 1 exit out the back. If a shooter came in, I might not be able to escape, & I’m scared to go. Does this mean I need therapy? Or am I an American accepting the reality of mass shootings?

Several hundred people responded, the vast majority of whom assured her that she does not need therapy. I agreed, but I believe there are more possibilities than the two she proposed. I responded:

A couple of years ago, I was interviewed on a podcast by a young man who asked me, at the end of a lively hour-long conversation, what advice I might have for a person going through a crisis of faith (he called it a “deconstruction” of faith), a person for whom all of the reliable answers, formulas, and guidelines are no longer working. What is my best advice for a person face to face with uncertainty and doubt in areas that have been, up to that point in their life, the most constant sources of certainty and confidence? After a few moments of consideration, I said: “Don’t be afraid.” Easier said than done.

This morning’s lectionary readings include perhaps the best known line from First John: “Perfect love casts out fear.” There might not be a better one-sentence summary of the heart of the Christian faith. But in the version of Christianity I was raised in, although we used the word “love” a lot, it seemed to me that fear was the primary motivator. God was someone to be afraid of. So were people who didn’t believe and worship as we did. Atheists, the godless Communists, liberal Hollywood, forgetting to witness regularly to everyone you encountered—these were just a few of the things we were afraid of.

Perfect love casts out fear? We knew it had to be true, because it is in the Bible. But what might that actually look like? We had no idea. Fear is a primary motivator of human behavior, and almost always directs us toward thoughts and actions that are damaging and destructive. And one of the greatest sources of human fear is change.  The first thing that an angel says in Scripture when showing up to an unsuspecting human being is almost always “Fear not.” And for good reason. 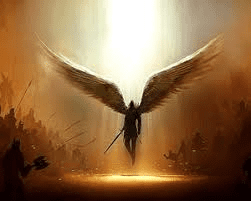 Despite the sanitized versions of angels to be found in art and commerce, the appearance of an angel in Scripture is almost always a harbinger of change, an indication that your world is never going to be the same again. Angels never show up simply to announce that “everything’s fine and you’re on the right track.” Angels are always the heralds of new beginnings, inviting us to adventure. They introduce mystery—they do not clarify. Angels announce new departures and the beginning of something whose end is not in view. And the first thing the angel says is that we don’t need to be afraid of change and disruption.

The problem is that human beings don’t like change. Admit it—no matter how liberal, progressive, open-ended or cutting-edge you think you are, you prefer security and stability to change. As William James wrote, “in the matter of belief, we are all extreme conservatives.” We don’t want our most fundamental and cherished beliefs to be challenged or disrupted. One of the most important aspects of what I do for a living involves regularly challenging my students’ assumptions and most entrenched beliefs—many of which are subconscious and many of which they adopted from their parents and other authorities unquestioningly as children and adolescents. The challenge is intended not primarily to change those beliefs, but rather to reveal them and then to equip students to evaluate them intelligently and consciously.

One of the best pieces of advice I ever received as an inexperienced teacher decades ago comes from Vera Brittain’s Testament of Youth. 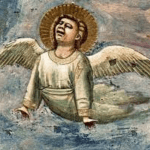