Prayer for People Who Don’t Believe in God

Last week I contracted with a publisher to write a book on prayer–the working title of the book (hopefully released in Fall 2019) is Prayer for People Who Don’t Believe in God. I’m excited–this is not a topic that I would necessarily have chosen, but the publishing house contacted me after one of their editors started reading this blog and liked my approach to sticky and difficult religious concepts such as prayer. The working title is a nod toward what I have told professed atheists in the past who, when discovering that (against their preconceptions) I am a person of faith, say something like “I’m an atheist; I don’t believe in God.” After asking them to describe the God they don’t believe in, I invariably say that “I don’t believe in that God either.” 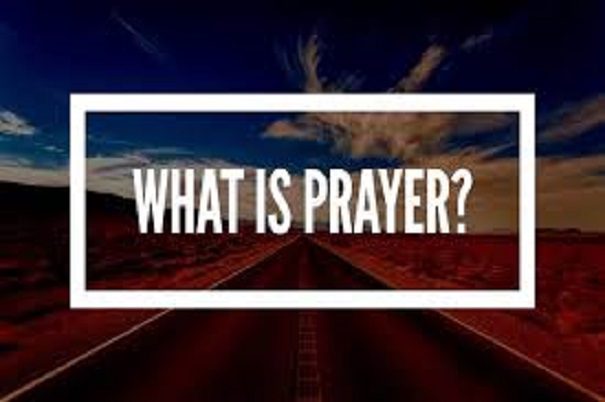 Prayer is not a vending machine. Persons of faith often treat God as if God is some sort of divine problem-solving vending machine. Insert the right prayer, action, or attitude and receive the desired response. But we find out in short order that this is not how things work.

Prayer is not easy. Prayer often becomes a way for persons of faith to take a moral holiday. Throwing a few words, formulaic or improvised, heavenward might seem to satisfy the person of faith’s obligation to engage with a world in which it often seems beyond our capacities to make a difference. It takes a lot more courage to embrace this world with all of its imperfections and disappointments as a spectacular and continuing divine miracle than to step back and bemoan the fact that it seldom is the miracle we would have performed if it were up to us.

Prayer is not formulaic. We need to push back against the “my thoughts and prayers are with you” knee-jerk response to tragedy and suffering. I have often wondered how it is that faith commitment so frequently over time becomes nothing more than rote phrases and habitual practices; the most obvious answer is that it happens in the same way that intelligent commitment is reduced to bumper sticker platitudes in any human endeavor. It happens because real commitment is difficult and cuts far deeper than the simplified ways we construct to make it through our days, weeks, months and years intact.

Prayer is not a projection of me. Maybe reality and the cosmic scheme of things are not perfectly patterned and adjusted to my preferences and what I think I need. Maybe there’s more going on than I think. Maybe, just maybe, I’m not the center of the universe and maybe, just maybe, God has not fallen off of the divine throne just because things aren’t working out the way I want them to.

Prayer is not an elitist activity. Many mainstream Christians have been encouraged to think that it is the priests, pastors, monks, nuns, and missionaries who are the elite corps of Christians, freeing “normal” people to reduce expectations considerably, and to think that prayer is the domain of “experts.” But nothing in scripture endorses this idea.

And here, also in no particular order and non-exhaustively, are a few things that prayer might be (maybe):

Prayer is attentiveness. It is worthwhile to pay close attention to the ways in which the divine, according to the Christian narrative, reportedly chose to insert itself into our human reality. It never happens in easily identifiable ways or in events so spectacular that even the densest person would have to admit that “yes, that’s God at work.” Instead God enters the world through the pregnancies of a woman past child-bearing years and of a virgin, in private communications that only one person is privy to, and ultimately through a helpless baby in a manger surrounded by animals

Prayer is thinking clearly. The best advice I ever received concerning prayer, not surprisingly, came from the person who knows me best. A number of years ago, in response to one of my frequent complaints about divine silence and inscrutability as a “response” to ineffective prayer, my wife Jeanne said “Vance, for you thinking is praying.” It has taken me many years to recognize just how right she was; I was pleased while on vacation to read Madeline L’Engle say that “thinking is powerful, and prayer is highly focused thinking.” Although Jeanne’s comment was for me, the larger point is for everyone. Prayer understood on the transactional model, as an attempt at bargaining or pleading with a silent partner who might not even exist, is a guaranteed recipe for frustration and failure. But prayer as a natural expression of who each of is individually at our core changes things entirely.

Prayer is something to be, not something to do. What if prayer is not something the person of faith is supposed to do? What if, instead, prayer is something that we are called to be? Being a prayer is a matter of learning to recognize and trust the places where the divine is most likely to be found—in myself and in others, in those thin places where the barrier between human and divine dissolves. And people of the book should know this—it’s right in there, both in the Jewish scriptures and the New Testament. Where is the divine to be found? Prayer is not an activity—it’s a state of being. It’s an attitude that, for me, means asking How do I bring the best of me, the divine that I know is my deepest me, into this day, this class, this essay, this conversation? What does the divine in me have to say about policies and decisions at the highest level of government that are an affront to what I believe God wants for all human beings?

Prayer is silence. Barbara Brown Taylor writes that “we know that from this mysterious silence, a silence rooted in love, transformation and salvation emerge. Sometimes the best thing to do is to stop talking. The deepest truths are often those that cannot be said. We will always seek to capture the mysterious and ineffable in words, and in so doing will effectively remove the mystery.”

Prayer is about us, not about God. I know this seems to contradict my earlier claim that “prayer is not a projection of me,” but I have something else in mind here. The heart of Christianity is subtle, secret, and hidden. Followers of Jesus are likened to yeast and salt, the publican’s private petition for mercy is raised above the Pharisee’s public pronouncements of righteousness, we are told to pray alone behind closed doors to our Father who is in secret, and Jesus regularly tells his disciples and followers not to spread the word of his miracles or reveal his identity. The secret of lived Christian faith is that it is a way of life, not a set of principles or doctrines. Nor is it a social or political agenda. Given that Christianity is a way of life energized by love, it is to be expected that individual Christians will be as unique and various as human beings themselves are.

I always welcome comments and insights, but I’m particularly interested in hearing from other people for this project. What has prayer been for you? What hasn’t it been? 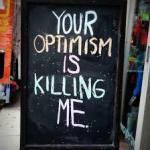 June 28, 2018
Does Everything Work Together for Good?
Next Post 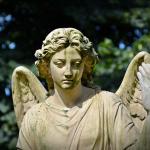 July 3, 2018 All Things Shall Be Well?
Recent Comments
0 | Leave a Comment
"Vance, one of your best"
Mike Flood Facing Our Demons
"The story of the Gadarene swine is in Mark 5:1-14 and not Luke. That aside, ..."
Karen Silver Facing Our Demons
"Thanks for sharing."
Vance Morgan Noah and his Children: Bad New ..."
""More than 90% favor more restrictive immigration policies."That one is pretty ambiguous.There are many people ..."
Lotharson Noah and his Children: Bad New ..."
Browse Our Archives
Related posts from Freelance Christianity