Pursue the Truth, and Run Like Hell from Anyone Who Claims to Have It

Pursue the Truth, and Run Like Hell from Anyone Who Claims to Have It May 27, 2020 vancemorgan

I am currently in the middle of reading Sue Monk Kidd’s new novel, The Book of Longings. I purchased it for Jeanne for Mother’s Day, and it was a home run as a gift. Jeanne devoured it in just a few days, regularly commenting on what a great book it is and how much I would love it. The premise of the novel is simple, and might be shocking to the more theologically conservative: What if Jesus was married? The novel fleshes out that uncomplicated, but baggage-laden question. I’m a bit over halfway through the story, so other than telling you the premise, I can’t spoil it for you. I don’t know how it will end—but it is fascinating, engaging, and beautifully written. 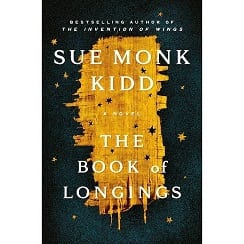 Early in the novel, Ana—the girl whom Jesus will marry—has an important conversation with her beloved and iconoclastic aunt, Yaltha. Ana is a misfit, a young girl who reads, writes, and has visions—none of which fit the traditional template for a Jewish woman of the time. Ana is betrothed to a much older man and is seeking an escape route. After a particularly vivid vision, she asks her aunt hopefully what the vision might mean. Her question leads to a brief, but profound, conversation.

Reflecting back on this conversation a page later, Ana wonders

Could we know the ways of God or not? Did he possess an intention for us, his people, as our religion believed, or was it up to us to invent meaning for ourselves?

In this brief conversation, Ana and Yaltha have plugged into one of my favorite issues to raise with students in virtually every class: Is the truth something that we find or something that we create? Is our engagement with the truth like a treasure hunt or more like the making of a work of art? Jesus is reported to have said that “you shall know the truth, and the truth shall set you free,” but this is maddeningly imprecise. What exactly is the nature of what will set us free? If the truth is something that we seek for and find, like the pot of gold at the end of the rainbow, then possessing it is the end of a process. But if the truth is the product of a creative act, then arguably the process is as important, if not more important, than the product itself.

In the conversation above, Ana wants an interpretation of her vision that is true, the correct interpretation as opposed to alternative, but false, interpretations. She wants the Truth, in other words, something she can possess as a precious object that will sustain her through changes to come. Yaltha suggests, however, that the truth is not like that at all.

I spent last semester, first in person then on Zoom, with my students in two different courses studying the limitless ways in which human beings have used truths they claim to be in possession of—religious, political, what have you—to justify violence against and killing of fellow human beings who happen to embrace different and incompatible Truths—the capital “T” signifying something unchanging and absolute. The Crusades, various wars of religion, the Nazis—virtually any truth can be dressed up as a Truth, then used as a weapon of mass destruction. The best comment on this dynamic I ever read came from the author of a letter to the editor in the local newspaper a number of years ago: Pursue the truth, and run like hell from anyone who claims to have it.

As Joe Biden might say, here’s the deal. The fact of the matter concerning the truth was clearly expressed by one of my colloquium students who wrote the following in her intellectual notebook this past semester: “The truth will not set you free, but it will definitely mess your life up.” This is because the truth about the truth for human beings is that it is a process rather than a thing. The truth is more like a continuing creative act than a treasure hunt that will hopefully stumble into the pot of gold at the end of an evanescent rainbow.

The truth is something that we make. This is not a surprise, because as a matter of fact all ways of seeing reality are human constructions. Truth is not an exception. Everything we believe is a product of a complex filtering and organizing process through any number of filters, from genetic to experiential. Truth is a relative business—relative to each human being since each of our filters are uniquely ours. These filters change over time as each of us changes. Supposing truth to be something to be discovered and “owned” is not only a mistake, but is also damaging. As Christian Wiman writes, Nothing poisons truth so quickly as an assurance that one has found it.

This does not mean, however, that just anything goes. It does not mean that we simply get to make truth up as we go along, as those who fear the ogre “relativism” would claim. Jesus said something else about truth that is directly applicable—“I am the way, the truth, and the life.” Truth is not something we find at the end of a search—it is in fact the search itself, a search that in many traditions is connected directly to a way of life, a person. The only motivations for the process of truth are not self-interest and power. The “I am the way” alternative is that truth is a divine process in which we participate; our participation is energized positively by the things for which we hope and the things which we love.

May 30, 2020 A Pentecost Reflection: Sometimes Fast Food Isn't Good Enough
Recent Comments
0 | Leave a Comment
"Thanks for sharing... The question "What is philosophy?" came up a couple of times in ..."
Neil Brown Talking About Some Big Questions
"I took Vance's critique to be about radical Trump supporters, yes; but also, as an ..."
Sean J Bauman This Is Exactly Who We Are
"And unless those who benefit from unjust systems are working to point to the injustice, ..."
San_Ban This Is Exactly Who We Are
"My problem with the public discussion of Capitalism and Socialism is that these are generally ..."
Neil Brown Can You Be a Christian Capitalist? ..."
Browse Our Archives
get the latest from
Freelance Christianity
Sign up for our newsletter
POPULAR AT PATHEOS Progressive Christian
1