My twenty-plus years teaching at Providence College have afforded me an opportunity every semester for team-teaching in the large interdisciplinary program that is the heart of our core curriculum (a program I directed for four years ending last July).

Team-teaching is fun, exhilarating, and demanding; this begins with the planning of the next semester’s syllabus. Faculty from different departments having different experiences with and notions about pedagogy bring all sorts of ideas to the table and do not always agree, particularly about the amount of daily and weekly work to schedule for our future students. My contribution to the discussion is always the same: “They should read until they drop, then write until they drop again.” In that order—there’s nothing that feeds intelligent writing more effectively than reading.

It is strange that I temporarily forgot this important connection between reading and writing during the past few months. The working highlight of the first half of my sabbatical was an intense spurt of writing from September to Thanksgiving, surely energized by a bicycle mishap in early October; I all of a sudden had to find something to do with the four to five hours per day during which I had been riding my bicycle and getting into the best shape of my life prior to the mishap. In addition to completing a second draft of my current book project, I was able to maintain my established blog routine of two new 1200-1500 posts per week—something that my most famous writing friend,

Kathleen Norris, suggested last May that I would probably not be able to do while writing a book. It didn’t hurt, of course, that the book is closely related to my past three-and-a-half years of blog work.

But since Thanksgiving, the writing energies have begun to dry up. I still have been able to produce new blog posts, but a couple of them seemed forced and I was often writing under self-imposed deadline pressure. The proposal that needs to be written for my book draft wasn’t getting written. Just a few days before Christmas I realized one of the main reasons for my current writing malaise—

I haven’t been reading much for the past few months. There are a number of excuses I might offer, but none of them fully explain why, when I actually have more unstructured time than any grown-up should have, I have been neglecting my first love—reading. I’ve even gotten out of the habit of reading the daily psalms every morning. Very bad idea.

A quick review of my blog posts from a year ago was illuminating. Many of my late December and early January posts either mention or focus directly on either Barbara Taylor Brown or Christian Wiman. Why? Because just before Christmas break last year the work of these two authors was recommended to me by two different friends, so I spent Christmas break reading several of Brown’s books and a memoir by Wiman. The point? I write about what I am reading—the ideas, images, and insights of a good book never fail to be evocative.

Since I think best when I am writing, that’s where these ideas, images and insights become my own.

Awareness frequently produces change, and this time was no exception. Awareness of my reading slump caused me to pick up Rebecca Mead’s My Life in Middlemarch, a biography/memoir centered on George Eliot’s masterpiece (and my favorite novel). Sure enough, several passages inspired by Mead’s book are central to my New Year’s Eve blog post, and others will form the core of my forthcoming Valentine’s Day post for Jeanne. Then for Christmas Jeanne gave me The Good Book, a collection of essays, edited by Andrew Blaumer, in which thirty-two writers from all sorts of angles write about their favorite passages and characters from the Bible. Although the older I get the less I believe in mere coincidence,

I “coincidentally” opened first to “The Womb and the Cistern Cell,” an essay by Brooks Hansen about John the Baptist.

John “just happens” to be one of my favorite characters from the New Testament; twice in the past four years I have had the privilege of giving an Advent sermon on John the Baptist Sunday in early December. On one end of his life is a miraculous birth narrative that in my estimation rivals that of his younger cousin Jesus, and at the end of his life he finds himself in a dungeon (a cistern well) and a state of despairing doubt. He sends a question via his disciples to Jesus: Are you the one who is to come, or shall we look for another? These are the last words we hear from this man, the first person recorded to recognize adult Jesus for who he was. Hansen finds this remarkable, and so do I; he concludes his essay by reflecting on the intimate connection between belief and doubt.

Light is born of darkness. Darkness is the necessary precondition of light. Belief, likewise, is born of doubt, 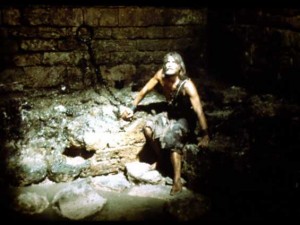 which is its necessary precondition. Doubt is the soil from which faith grows. Therefore, if one is determined to imagine John the Baptist as the first and most authoritative voice to recognize Jesus as savior—the first, in other words, to believe—then John must, by that token have been the first to doubt. That, too, is Law. And if we ever encounter any teaching, or feel ourselves succumbing to any creed or system of belief, that does not admit this, and does not struggle intimately and often—in the cistern of its soul—with the fear that it is mistaken, misdirected, falsely premised, or corrupt at its heart—we should take heed:

That is not faith. That, in fact, is a fairy tale.

I wish I had read this before my most recent sermon three weeks ago—it would have made the cut. I frequently say and write that in just about all aspects of belief, certainty is vastly overrated—Hansen makes the same point much more eloquently. This is why reading feeds writing. Reading enlarges one’s vocabulary, broadens one’s perspective, and provides examples of the richness of language and experience. And it is fun—what’s not to love?

January 2, 2016
Goliath was a Wimp: Random Observations for the New Year
Next Post

January 8, 2016 Losing is not as much fun as Winning
Recent Comments
0 | Leave a Comment
Browse Our Archives
Follow Us! 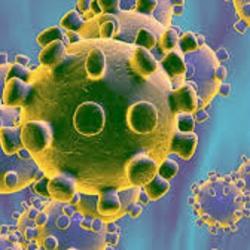