Remembering John McCain: How to Move Past a Season of Cowardice

Remembering John McCain: How to Move Past a Season of Cowardice September 2, 2018 vancemorgan

While the President of the United States tweeted his usual string of petty Saturday morning irrelevancies, then went to play golf, millions of Americans spent some hours yesterday watching the memorial service for John McCain from the National Cathedral in Washington D.C. I was one of those millions of Americans, alternating between tears and laughter as a true American hero was remembered and celebrated. I have nothing unique or particularly insightful to offer, but a few themes were present that we would do well to carry into the coming days, weeks, and months.

Before the service, MSNBC contributor Steve Schmidt, who was the day-to-day operations manager of McCain’s 2008 Presidential campaign, spoke of McCain’s displeasure and impatience with our current polarized political landscape, something that Schmidt called “A Season of Cowardice.” Former President Obama described our present situation as one dominated by “manufactured outrage . . . rooted in fear.” Over the past two days several people have said of John McCain that “we shall not see the likes of him again.” But woven throughout the eulogies and testimonials was a common thread that all of us need to remember and commit ourselves to as we seek to use Senator McCain’s passing as more than just a brief respite before returning to business as usual. We need to remember, as Joe Lieberman reminded us in his eulogy, that “there is a special joy in serving something other than yourself.”

That this observation sounds new and out of the box is a testament to just how far we have wandered from our country’s ideals, hopes, and dreams. Service to others, recognizing that none of us are self-sufficient, and the fundamental belief that some things are bigger than any of us are basic features of the American ethos. Over and over again, speakers at the memorial service described John McCain as having spent his life committed to country, family, friends, and faith rather than his own personal success. As his daughter Meghan powerfully explained, John McCain was defined by love: of his family, his country, and his God. When described that way, it sounds deceptively simple, but of such love are heroes made.

Shakespeare’s phrase from Hamlet—“we shall not see the likes of him again”—is a moving tribute. But something tells me that John McCain would not want to be described or remembered that way. McCain’s commitment to honor, decency, country, and public service was remarkable and he was a true American hero. But there was nothing in John McCain that is not available to each of us. Each of us is capable of honor, decency, humility, and service to others.

Despite the current political support and commitment of millions of my fellow Christians to an agenda and a person who exemplify none of these, the qualities that made John McCain great should not be a mystery to any person of faith. The life of faith is defined by a commitment to something greater than myself, accompanied by a desire and a dedication to understanding what that means in a human life on a daily basis.

As we inexorably move, as we undoubtedly will, this week back into the negative energies of our polarized country, we would do well to ask ourselves regularly what things we should commit to that are greater than ourselves. What things are worth dying for? We have the courageously lived and eloquently honored life of John McCain fresh in our memories, a life that can serve as an inspiration for us to become better than we currently are. Let’s not waste it. 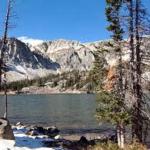 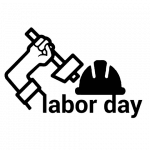 September 3, 2018 It's Labor Day--What is YOUR Labor Worth?
Recent Comments
0 | Leave a Comment
Browse Our Archives
get the latest from
Freelance Christianity
Sign up for our newsletter
POPULAR AT PATHEOS Progressive Christian
1