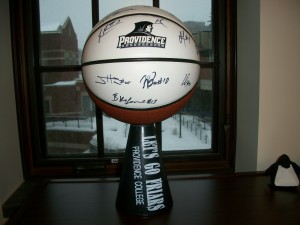 Prominently displayed in the office I occupy as director of the Development of Western Civilization program is a signed basketball perched on top of a small megaphone that says Let’s Go Friars. I won this basketball last year when my seat at the Friars-Marquette Golden Eagles basketball game was randomly selected as the “Lucky Seat of the Game.” Microphone man Harry interviewed me briefly during the first official timeout, got a “Go Friars!” out of me, and for the first time in my life I was on a Jumbotron for twelve thousand fans to admire. This picture was taken by one of my admiring fans in the History Department. My blog post two weeks later about sitting in the lucky seat of the game and generally being insanely fanatic 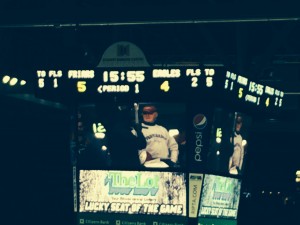 (I guess that’s oxymoronic) about Friars basketball was one of my most popular posts ever.

Even now when visitors to my office comment about my basketball and get the story, I add “it was the biggest day of my life.” Not any more—it was surpassed last weekend.

Last November I received an email from M, the Academic Coordinator for Men’s Basketball on campus, asking if I would be interested in participating in the inaugural season of the Honorary Faculty Coach Program which would offer me and a guest the opportunity to attend a Friars practice, sit behind the bench at a game, get a peek behind the scenes in various places and gain access to the Holy of Holies—the Champions Club Room where big bucks contributors to the college and athletic program get to eat crappy food and pay for drinks before the game and during half time. Given the opportunity to choose which home game to be the honorary coach for, I chose the March 1 game against the Marquette Golden Eagles for a number of reasons. 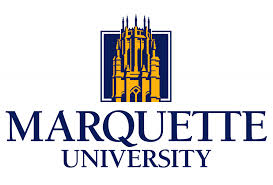 First, last year’s Marquette game was my “lucky seat” game (which we won in double overtime). Second, it was the game closest to my birthday. Third, I am a proud alum of Marquette University, earning my PhD there in 1991.

I was thrilled when Marquette joined our Big East Conference several years ago, but am not so thrilled that they have kicked our ass on a regular basis since then, including a double-digit win in Milwaukee earlier this season. I am a proud alum and am always happy when they do well—except when it is at the Friars’ expense. When I first arrived here at Providence a couple of decades ago, friends and colleagues asked who I would cheer for when the Friars played the Golden Eagles (called the Warriors at the time—this was pre-political correctness in sports names). I took that to be an extraordinarily stupid question, until I found out over the years that many colleagues favor their alma mater over where they are earning a paycheck if forced to make a choice in a sporting event. Not me—all Friars, all the time.

Today is my birthday (number 59 and counting), so please humor me as I randomly reflect on my honorary coach experience last weekend. 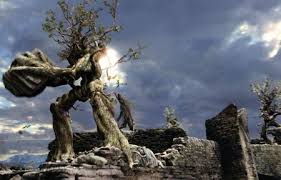 By the way, we won the game. The Friars built a twenty point lead, frittered it away in the closing minutes until Marquette closed to within five points, then put it away at the foul line. I thought my presence and input on the sidelines made a big difference—I willed them to the victory. And I am now retiring from coaching as the only undefeated coach in the history of Division One NCAA basketball. It doesn’t get any better than that. 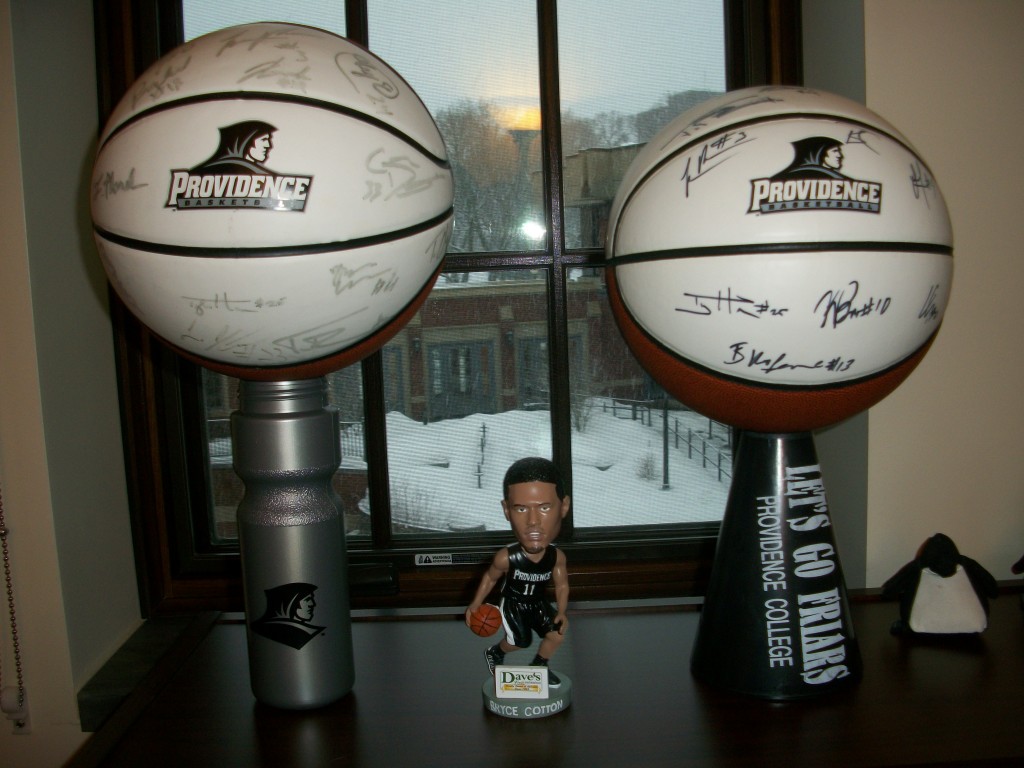 March 23, 2015 Strange and Beautiful
Recent Comments
2 Comments | Leave a Comment
"Sociopaths, such as DJT, cannot feel empathy, sympathy. compassion, or caring, all they can do ..."
Judgeforyourself37 Why Are You Such a Person?
"Thanks for recommending "The Kingdom"--I'll get a copy and take a look!"
Vance Morgan From Solitude to God
"My book club read Powers' "The Overstory" for January 2019. On your recommendation I'm going ..."
festeris From Solitude to God
""Almighty God, who created us in your own image..."?https://pics.me.me/bizarro-...https://pbs.twimg.com/media..."
rationalobservations? Riots in the Streets: It’s a ..."
Browse Our Archives
Follow Us!